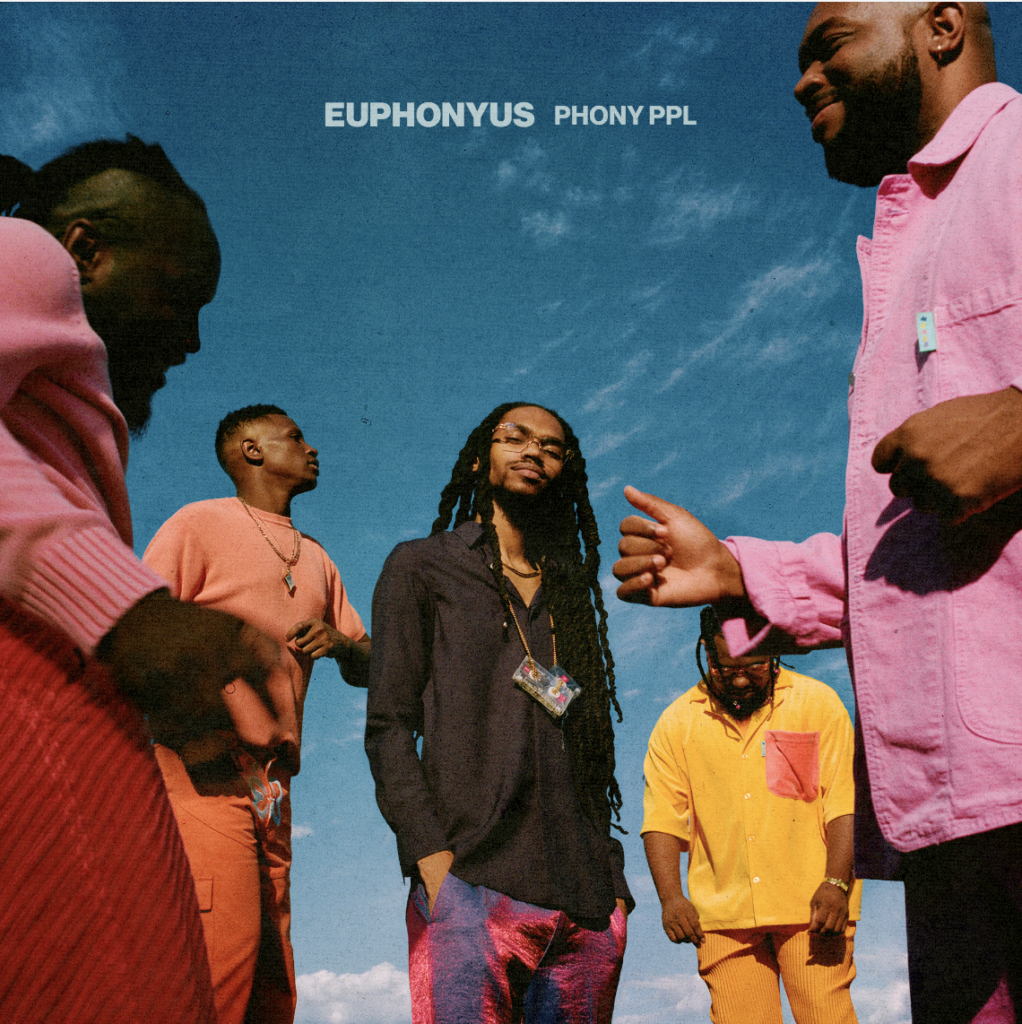 The 11-song album includes the previously shared songs “Fkn Around” featuring Megan Thee Stallion, “Nowhere But Up” and “Dialtone.”

Among the band’s three songs released, the former tune had the most success, peaking at No. 9 on Billboard’s Adult R&B Airplay chart.

“We had no clue that [this song] was gong to be something that the radio would be interested in or something that would be top 10 worthy on Billboard charts. It’s a blessing, honestly,” the group’s vocalist Elbee Thrie told Rated R&B in spring 2020.

According to Phony Ppl, the album “is a harmonic celebration of sound and color through rhythm and melody; a jubilant event where you acknowledge the beauty of sound through concert/dance/ living.”

“Long before we were born, we made a vow to never make the same album twice, and this is another chapter in the evolution of who yaBoy phony ppl Grows up to be! It’s enticement, it’s about comfort, familiarity and the safety and security that comes with that.”

On the JoJo-assisted “Try,” she is fascinated with a potential male mate who she wants to give more to their budding romance.

Thrie responds, insisting that it’s, in fact, his partner that’s being coy about what kind of time she wants from him.

“To Get Home,” which features Thomas and The Soul Rebels, has a bubbly ’70s production that references past soul and funk greats. Its lyrics outline Thrie’s dilemma with persuading a dancefloor hottie to take an Uber to his crib for a wild evening.

At the time of publication, Euphonyus is No. 1 on iTunes R&B/Soul Albums chart.