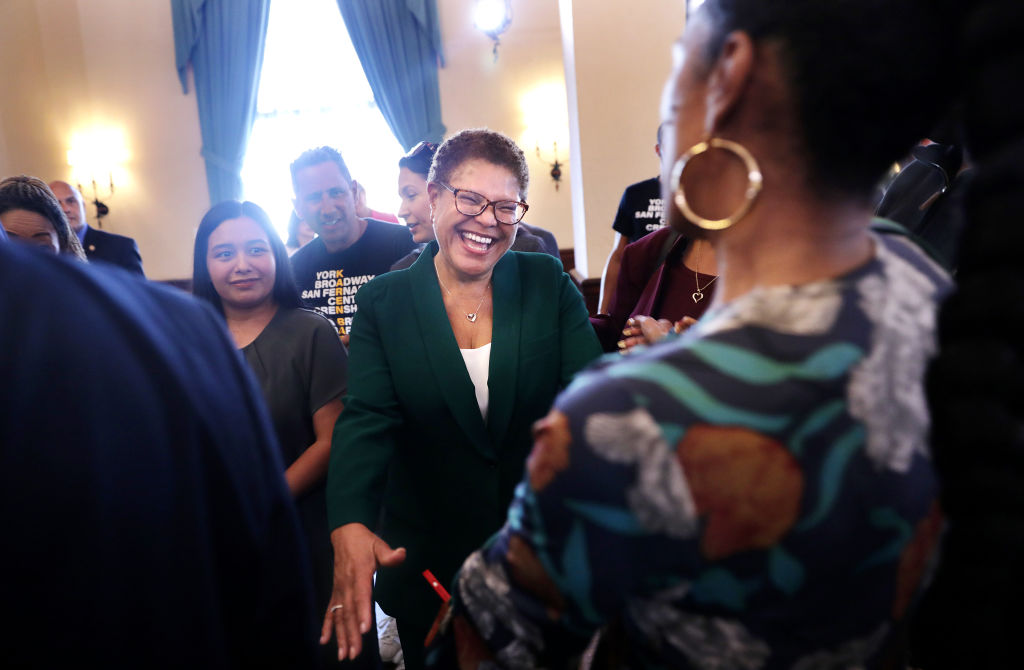 In her first address since her historic win as the first woman and the second Black mayor of Los Angeles, Rep. Karen Bass has promised to solve the city’s homelessness crisis.

Karen Bass gave the address at the historic Ebell Theatre and called on voters across the city to be a part of the solution in helping more than 40,000 people who are living on the streets of L.A.

“The people of Los Angeles have sent a clear message. It’s time for change, and it’s time for urgency,” Bass continued. “Many Angelenos do not feel safe in their neighborhoods, and families are being priced out of their communities. This must change. … To the people of Los Angeles, my message is we are going to solve homelessness. We are going to prevent and respond urgently to crime, and Los Angeles will no longer be unaffordable for working families.”

The former U.S. Representative was elected in a historic win over real estate billionaire Rick Caruso who was endorsed by numerous celebrities—most famously Katy Perry. Caruso outspent Bass more than 11-to-1 investing more than $104 million in his losing campaign.

Bass will take office on Dec. 12 making the four largest cities in America all led by Black mayors.

Bass began her career as a physician assistant in an L.A. county emergency room and went on to form a nonprofit to fight the crack epidemic. She was later elected to the California state assembly and then served six terms in Congress before being elected the first woman to be mayor of Los Angeles.