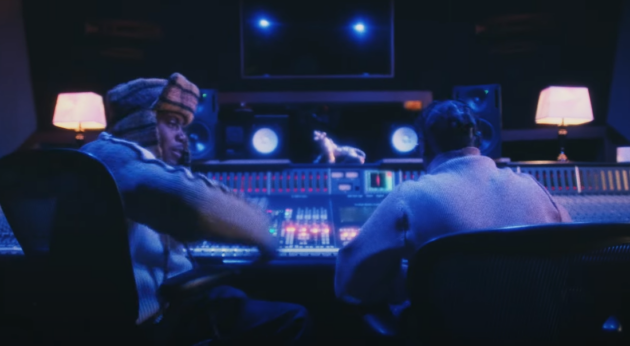 On a smoked-filled set alongside a covered Mercedes Benz, Esco delivers his braggadocious raps over a rattling beat by Hit-Boy, who’s masked up.

“We easing on down the road for the third win / Who’s Bad, it’s up and it’s stuck, feel the whirlwind,” raps Nas while riding his bicycle through the city at night and putting in work in the studio with Hit. “Like young Quincy Jones stuck outside the club ‘til Ray Charles snuck him in Aah to be young again/ But right now it’s like I got the power of a hundred men Nas and Hit like Michael and Quincy on a run again.”