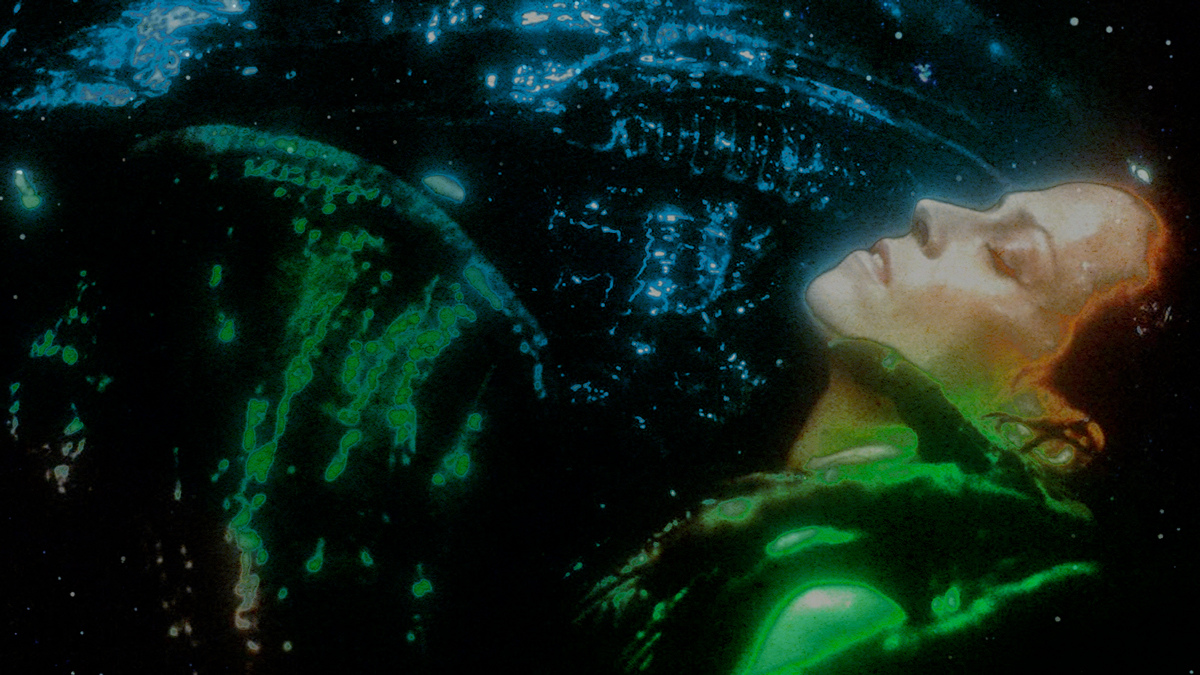 Twenty-five years ago, 20th Century Fox released the fourth Alien film, and with it brought its once-lucrative franchise to a screeching halt. Yet, despite the fact that Alien Resurrection is maybe the worst of the four original Alien films, it’s probably the one I’ve seen the most times. I keep coming back to it, over and over, as a fascinating mismatch between writer and director that, on paper, should have been legitimately amazing. I keep wanting to understand it. Every time, I fail. But I still come away fascinated by the sheer fact of its existence.

Resurrection features the fourth (and to date final) appearance of Sigourney Weaver as Ellen Ripley, who we originally met as a humble space trucker in the first Alien, before she became one of the galaxy’s sole living experts on the terrifying alien race known colloquially as xenomorphs. In the third Alien film, the character was killed off in a moment of heroic self-sacrifice, but the studio decided they wanted to bring the character back, and writer Joss Whedon delivered a script that catapulted Ripley even further into the future, replicated as a clone by a military operation hoping to create their own xenomorphs for fun and profit.

Jean-Pierre Jeunet was then hired to direct Whedon’s script, and from the cheap seats it still seems like a smart team-up. While his English might have been shaky at the time, Jeunet at that point in his career was a hot foreign director whose previous films, Delicatessen and The City of Lost Children, were critically acclaimed for their singular visual appeal. Jeunet’s work in particular showcased a true talent for grotesquerie — arguably should be the one official requirement for any director taking on an Alien movie, a series built on exploring the outer limits of body horror.

Whedon, at that point in the 1990s, was in his Hollywood script doctor phase, which included stints working on the screenplays for films as disparate as Waterworld, Toy Story, and The Quick and the Dead. His reputation was based on a sharp knack for characters and dialogue that most notably led to him writing many of the most memorable lines for Speed (though the Writers’ Guild arbitration ultimately led to him not getting credited for the work.)

Take a script filled with great dialogue and pair it with a director with just the right aesthetic for this franchise, and it feels like it should be a slam dunk. But in this case, it led to a complete trainwreck. Saying Resurrection is worse than Alien 3 may not sit well with some people, but David Fincher’s incredibly bleak take on the franchise, while certainly not a fun movie, was arguably a great deal more coherent thematically. To watch Resurrection, meanwhile, feels like listening to two divorced parents scream at each other about what to order for dinner.

It probably doesn’t help that Jeunet didn’t have much respect for Whedon’s script from the beginning. “The script is not so good… it’s a little bit stupid!” he told The Independent in a recent interview, noting with glee that he made many changes before going into production: “Too bad, Joss Whedon!”