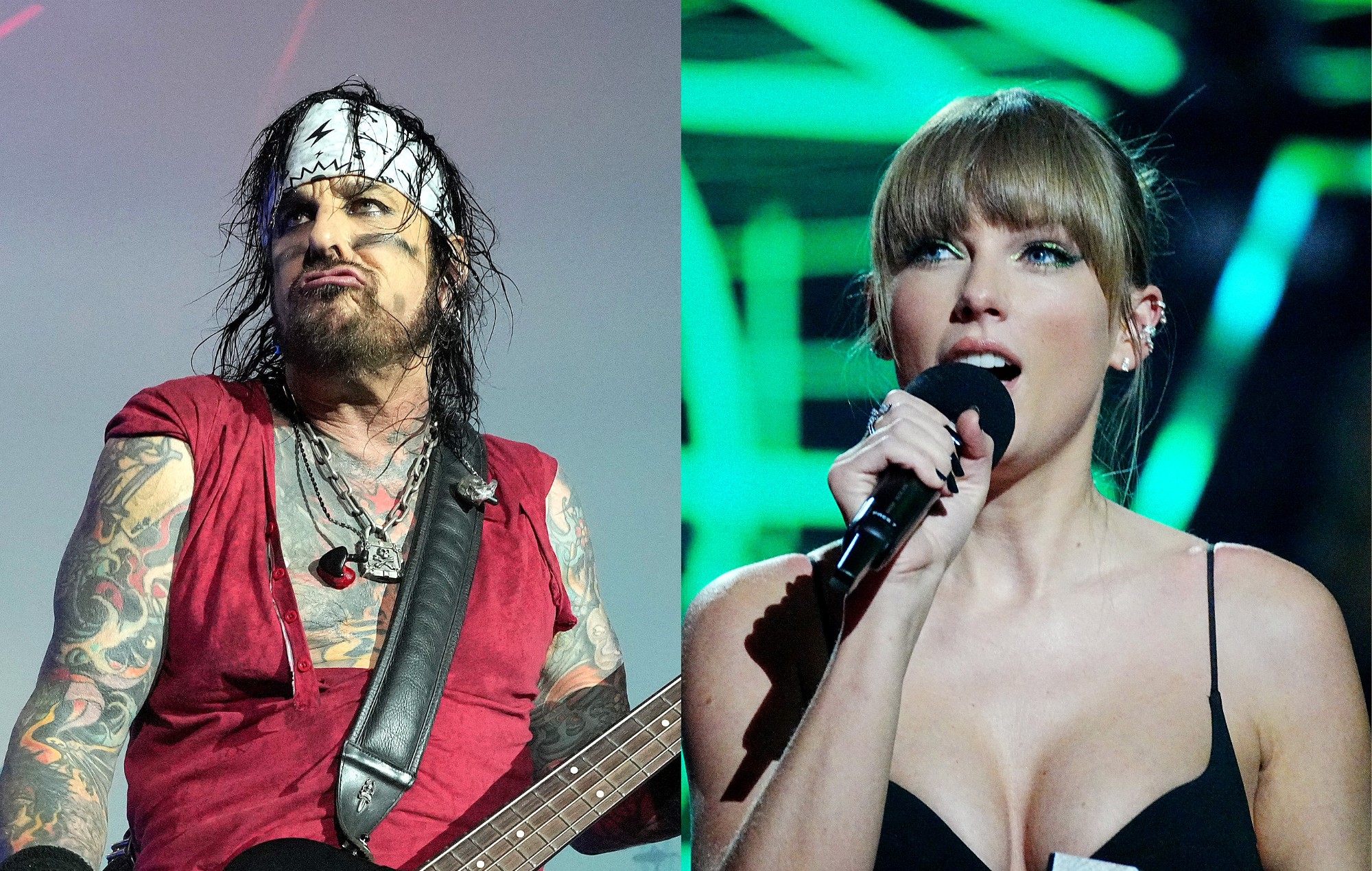 Taylor Swift fans have come to her defence following Nikki Sixx’s claims that the singer is “whining”.

On Sunday (November 20), Sixx took to Twitter to air his thoughts on Swift, presumably in relation to the Ticketmaster fiasco surrounding the pop star’s 2023 ‘Eras’ tour. General ticket sales to the tour were cancelled last week due to “extraordinarily high demand”, a statement from Ticketmaster claimed.

Swift responded to the cancellation of ticket sales with her own statement, writing that her team “asked [Ticketmaster], multiple times, if they could handle this kind of demand and we were assured they could.”

Seemingly referring to Swift’s statement, Sixx said that the singer “always seems likes she’s whining about something new”, accompanying his tweet with the hashtag “Wo[e]IsMeMarketing”.

Is it just me or does Taylor Swift always seems likes she’s whining about something new every-time she’s gonna drop an album? #WorIsMeMarketing

The Mötley Crüe bassist has since faced an onslaught of replies in Swift’s defence. Some users described Sixx’s tweet as “misogynistic”, while others praised Swift for “sticking up for herself” and ticket holders. Users questioned whether Mötley Crüe would ever receive such high demand for their tours, and compared the band’s discography to that of Swift’s. The singer has yet to respond to Sixx’s tweet.

Wow!! As a fan of both you and Taylor I am disappointed in you. What a misogynistic, uninformed comment. And yea it’s just you!!!

Whining or standing up for herself? I think all the biggest artist in the concert biz should step up and help fix the problems with Ticketmaster. If live music keeps going this way, fans will start spending their money else where. It’s getting out of hand. Look at the movie biz.

Ticketmaster announced last Thursday (November 17) that it was cancelling public on-sale tickets to Swift’s ‘The Eras Tour’, a day before they were due to go live on Friday. Pre-sale tickets to the ​52-date tour had already set sales records, with at least two million people purchasing tickets by November 15. Purchasers for that round of tickets complained on social media of lengthy wait times and website outages.

Following Swift’s declaration that she was “pissed off” that fans had to go through “several bear attacks” to buy tickets, it was reported last Friday (November 18) that the United States Department of Justice had launched an anti-trust investigation into Ticketmaster’s parent company, Live Nation.

According to The Times, the investigation is said to focus on whether “Live Nation Entertainment abused its power over the multibillion-dollar live music industry”.

Ticketmaster issued its own statement in the aftermath of the fiasco, apologising to fans for their “terrible experiences” when purchasing Swift’s tour tickets.

The company cited a range of technical issues and a “staggering number of bot attacks” as reason for “unprecedented traffic on our site”, and assured fans that its “working to improve the ticket buying experience.”