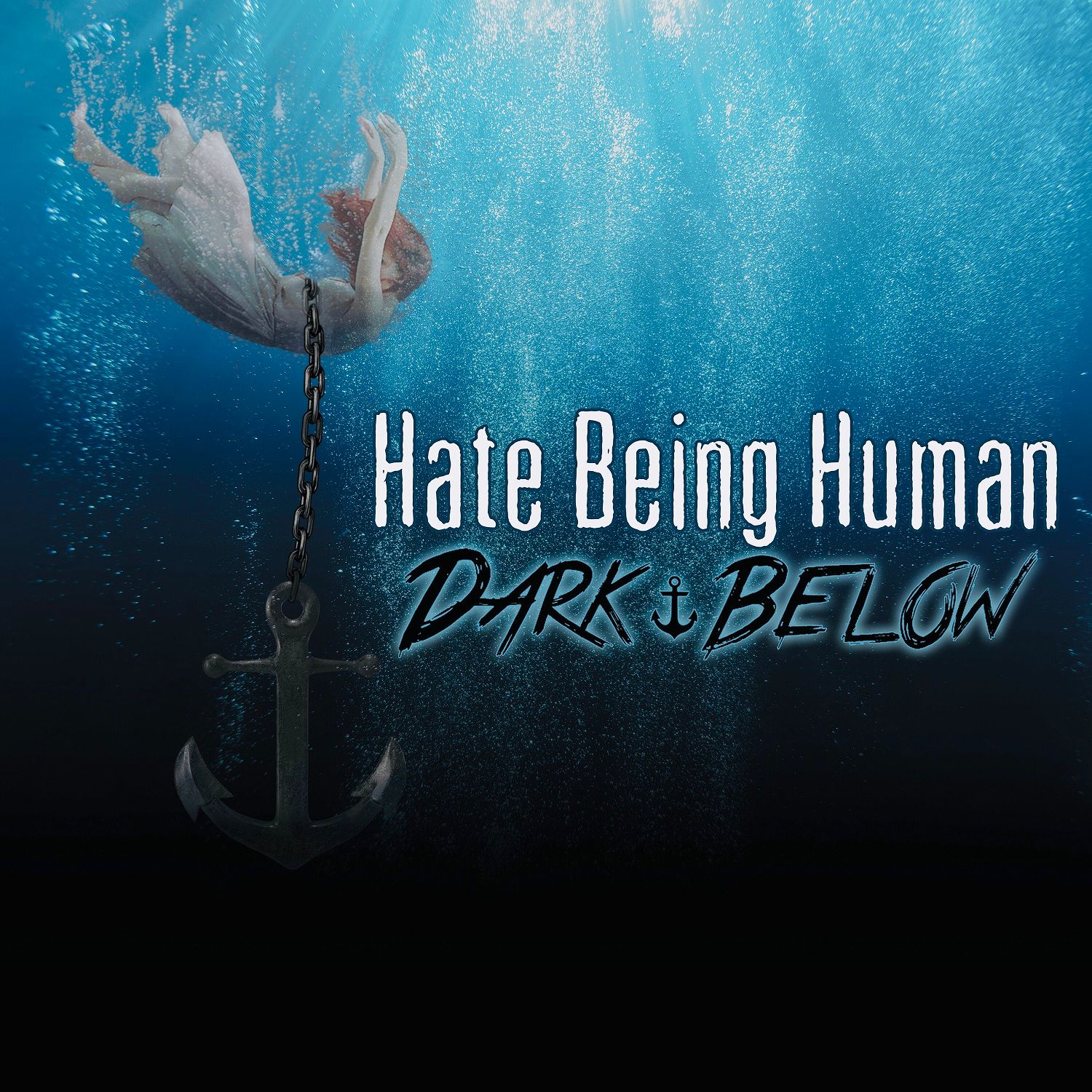 Alternative rock has had quite the odyssey in the last half-century. Since the genre’s infancy, when the likes of the Amboy Dukes and MC5 were laying the groundwork for what would ultimately become an entirely new style of music in garage rock and proto-punk, its most important players have always been driven by the desire to rebel; to break away from the mainstream is to find your own sound.

While Dark Below takes as much influence from metal and traditional hard rock as it does alternative elements like punk and ‘90s grunge, it’s wholly indebted to the core values that once rocketed everyone from The Ramones to Nirvana out of obscurity. In Dark Below’s new single, “Hate Being Human,” the band’s true motivations for getting into the music industry become more than evident through the relentlessly passionate performance they deliver, and while they don’t necessarily look to change the rules with this latest release, it’s made abundantly clear to listeners that this outfit is intent on redefining the parameters of the game as they apply to underground artists. “Hate Being Human” is all muscle and zero filler, and though it’s steeped in a slightly formulaic approach to songwriting, it’s nevertheless one of the best new alternative rock songs I’ve heard in a long time.

As much as the riffing captivates the audience in this single, I found the interplay between the bassline and the drums produces far more tonal expressiveness than any other combined elements in this track. There’s so much we can learn about the narrative beyond Josh Campbell’s enigmatic lyrics here through the very joining of the bottom-end punch and the hollow-point grooves in “Hate Being Human,” and to some degree, I think that the instrumentation itself does a lot more to solidify the emotionality in the music than any of the actual verses do. This isn’t to say that the lyrical content here is halfhearted – far from it – but more to simply acknowledge just how multilayered a composing unit this band can be when they pull out the big guns for a song like this one. This lead vocal didn’t need quite as much oomph as it was afforded in the mix, but at the same time, I understand the sonic equilibrium our singer might have been trying to achieve in this single.

I’ve been following Dark Below’s scene for a minute now, and though I had some big expectations coming into this review of “Hate Being Human” even without knowing who this band was beforehand, I’m pleased to say that this is probably the most mature and efficiently-structured song out of their corner of the underground this month. If given a bit more time to develop their craft without any external pressures, there’s no reason to believe that this group won’t be able to strike a good balance between the wonderfully angular points in this sonic profile (particularly after listening to the evidence of his eminence presented to us in “Hate Being Human”). I’ll be keeping an eye on their growth, and I recommend you do the same.