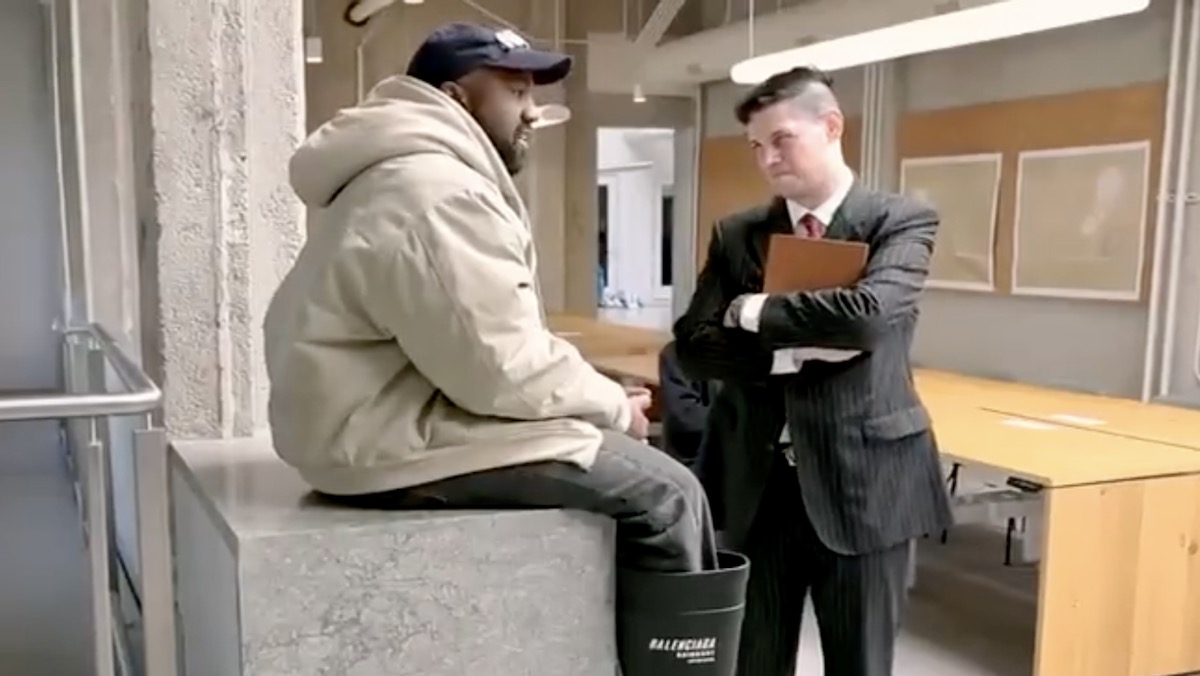 Just when you thought Kanye West’s far-right heel turn couldn’t get any more disturbing, the former rap legend is now associating himself with white nationalist and Holocaust denier, Nick Fuentes. In fact, the two recently traveled together to Mar-A-Lago to meet with Donald Trump.

The 24-year-old Fuentes has emerged as one of the leading figures of the far-right movement for his incendiary views on women, Jewish people, the LGBTQ+ community, and other minorities. Notably, he openly praises Hitler, believes that the Holocaust was a hoax, and is opposed to women’s right to vote. He was also present for “Unite the Right” rally in Charlottesville, Virginia in August 2017, and spoke at a “Stop the Steal” rally in Washington, DC on January 6th.

As West himself revealed in a new campaign-style video released to Twitter on Thursday evening, he and Fuentes recently traveled to Mar-A-Lago, where they pitched Donald Trump on being West’s running mate for the 2024 presidential election. In the video, he is seen debriefing with Fuentes and campaign staffer / fellow alt-right personality, Milo Yiannopoulos. “I walked in with intelligence,” West recounts. “Trump was really impressed with Nick Fuentes.”

Later in the video, West claims to have questioned Trump about why he didn’t free those impressed for their roles in the January 6th insurrection (for one, Trump wasn’t president when most of those individuals were arrested). West also says he advised Trump to work with conspiracy theorists like Roger Stone and Alex Jones for his 2024 campaign.

Trump apparently turned down West’s offer to be his running mate, leading to a shouting match and Trump making an insult about West’s ex-wife, Kim Kardashian.

West previously ran for America’s highest political office in 2020, but his campaign was most remembered for a bizarre rally in which he wore a bullet proof vest and broke down crying. Of the 12 states in which his name appeared on the ballot, West earned upwards of 60,000 total votes (including one from Tucker Carlson.)

In the other campaign videos released on Thursday, West focused on the controversy stemming from his recent antisemitic comments and the ensuing fallout.