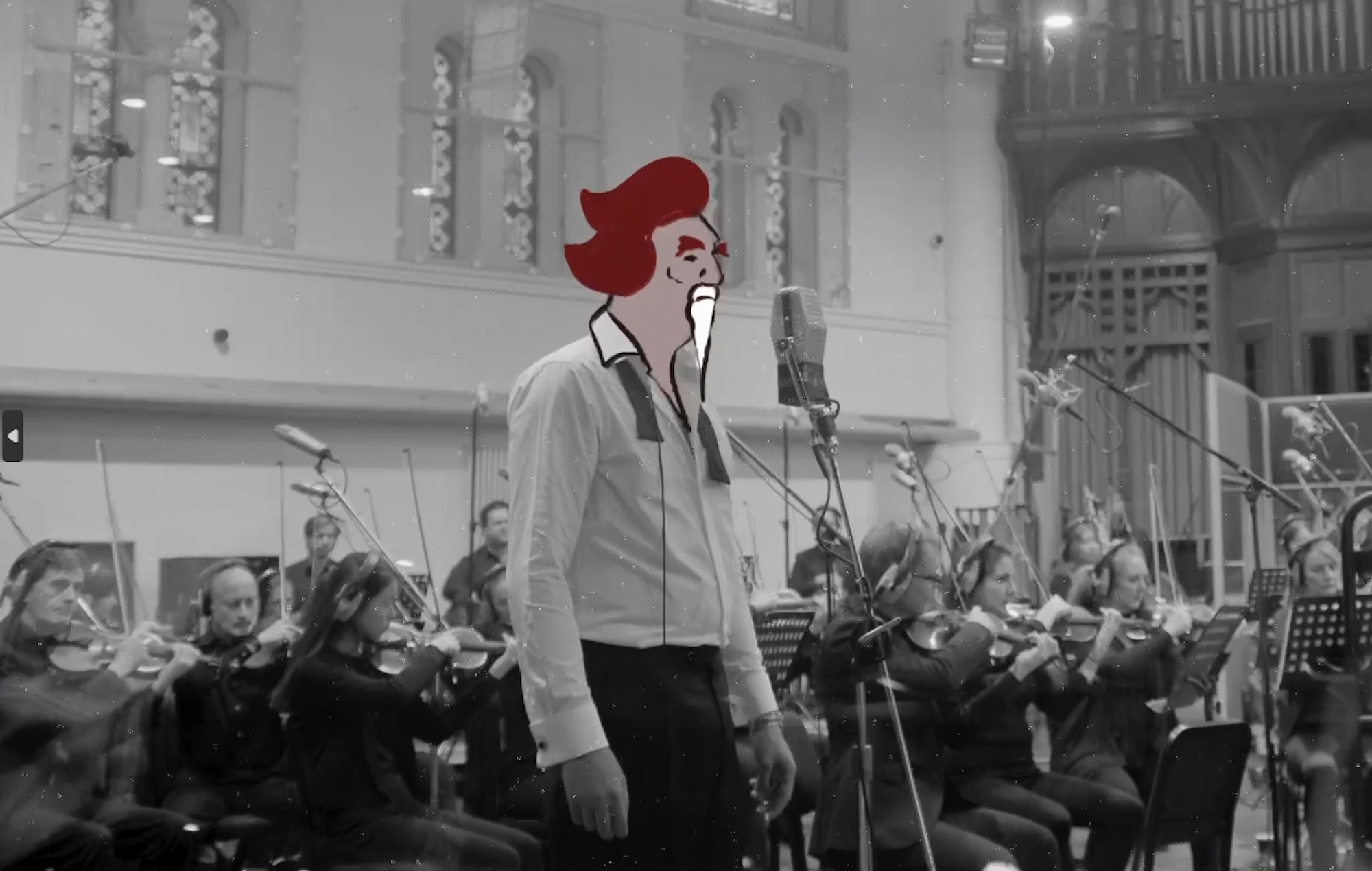 The track is performed by the Royal Philharmonic Orchestra alongside an anonymous vocalist by the name of Trickster.

The song focuses on current hardships, referencing pandemics, the cost of living crisis, Elon Musk and more. Its verse says: “Interest rates are rising fast, there’s monkey pox with covid and SARS / And strange smooth faced multi-billionaires, trying to build a house on Jupiter or Mars.”

“It was an interesting challenge to write a Christmas song that reflects the tensions and stresses that we are currently living under, but with ‘Thank Fuck It’s Christmas’ I think we’ve achieved it,” Chambers said in a statement.

The Royal Philharmonic Orchestra’s Ian Maclay added: “It was great to work with Guy Chambers who is such a respected and legendary figure in the music business, and we hope that this recording receives the attention it deserves.”

Robbie Williams, meanwhile, has responded to criticism for being booked to perform at the Qatar World Cup.

The 2022 World Cup is being held in and around the Qatari capital city of Doha, and is being held amid ongoing criticism regarding the death of migrant workers in the creation of stadiums and the country’s views on homosexuality.

Numerous artists have distanced themselves from the World Cup though, including Dua Lipa and Rod Stewart, while Melanie C has said she “wouldn’t be comfortable” performing at the 2022 World Cup as an LGBTQ+ ally.

Williams, however, said it’d be “hypocritical” for him not to go to Qatar “because of the places that I do go to”.

“I don’t condone any abuses of human rights anywhere,” Williams added. “But, that being said, if we’re not condoning human rights abuses anywhere, then it would be the shortest tour the world has ever known: I wouldn’t even be able to perform in my own kitchen”.