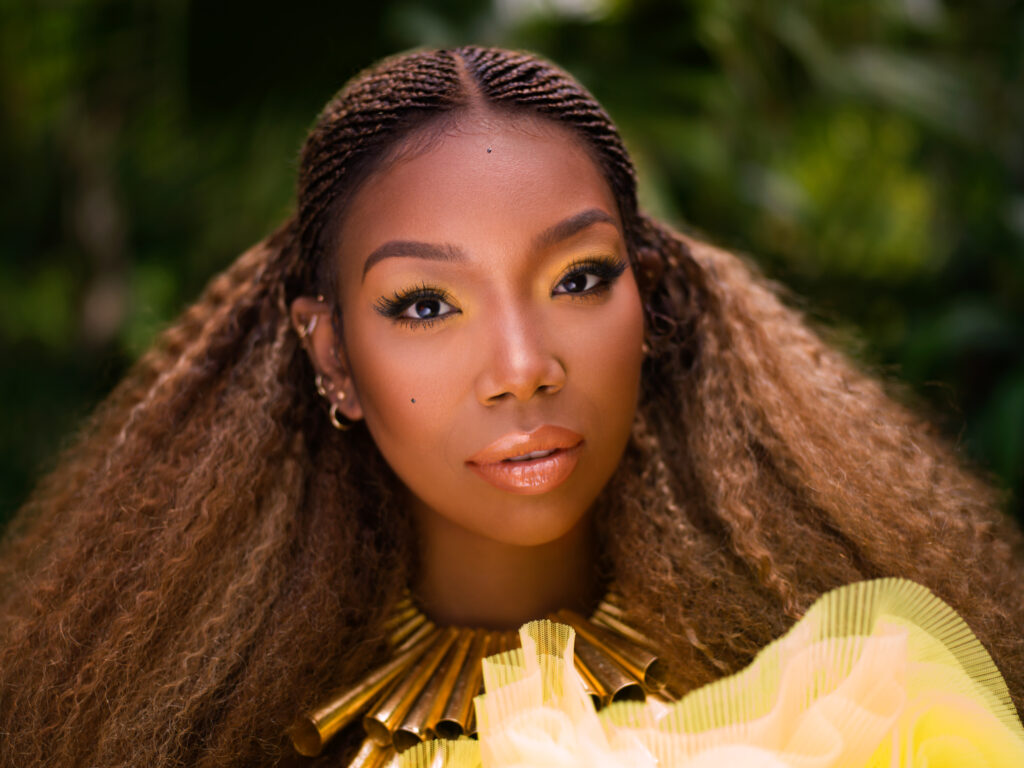 Brandy will reprise her historic role as Cinderella in The Pocketwatch, Deadline reports. She first made the role iconic when she became the first Black Cinderella in 1997’s Rodgers and Hammerstein’s Cinderella.

“So excited to join this amazing cast and reprise my role as #Cinderella in the #DisneyDescendants sequel The Pocketwatch. Thank you to my @disney and @disneyplus fam ✨ It’s Still Possible,” Brandy wrote in an Instagram caption.

Directed by Jennifer Phang, The Pocketwatch, which is said to be a working title, is the latest sequel in the Descendants franchise. It follows Red (played by Kylie Cantrall), the rebellious teenage daughter of Queen of Hearts (played by Rita Ora), and Chloe (played by Malia Baker), the book-smart teenage daughter of Cinderella and Prince Charming, as they join forces after chaos erupts during a momentous celebration in Auradon.

Thanks to a magical pocket watch created by the Mad Hatter’s son, the two young women adventure in the past to save their land before tragedy strikes due to a grave event.

“The Pocketwatch presents a delightful canvas with fantastical world building,” Chang told Deadline in May. “Musicals sparked my imagination when I was a kid and are a huge part of what drew me to filmmaking. I think that’s because they have a way of conveying these lovely, nuanced ideas through song and expressive movement.

I’m also always inspired by the diversity of families that exist all around the world. So I really jumped at the chance to craft a supercharged musical experience and explore some new, invigorating themes inside an expansive Disney universe.”

No official release date has been revealed for The Pocketwatch; however, it is expected to premiere on Disney+.

Brandy remains close to the Disney family, having performed her original song “Starting Now” at Disney’s World Princess Week 2022. The empowering tune, produced by Warren “Oak” Felder, was initially released in May 2021. Its magical music video arrived ahead of Disney’s Ultimate Princess Celebration that summer.

Moving on to Brandy’s other acting commitments, the music legend has signed on to star in Netflix’s upcoming holiday movie Best. Christmas. Ever., plus The Front Room, a psychological thriller. She previously starred in the ABC hip-hop drama series Queens.

Film and television aside, it has been two years since Brandy released an album. B7, which she released independently on Brand Nu, Inc., /Entertainment One, debuted at No. 1 on Billboard’s Independent Albums chart.

B7 included Brandy’s R&B radio hit “Love Again” featuring Daniel Caesar, which peaked at No. 1 on Billboard’s Adult R&B Airplay chart. The Grammy-nominated duet marked her first leader on this list. It also was certified gold by the RIAA, with more than 500,000 equivalent units sold.

The album also spawned the Adult R&B singles “Borderline” and “Baby Mama” featuring Chance The Rapper; both reached No. 7.

In other music-related news, Brandy is working on her eighth studio album, which will be released under her new deal.

“Thank you God for a dream come true! I’m so excited to announce my partnership with @motownrecords and the incomparable @theethiopiandream. Thanks to my team and my beautiful fans for riding with me all these year,” Brandy wrote in an Instagram caption.

Earlier this year, Brandy spoke to Rated R&B about the direction she plans to take next with her music.

“I want to try different things with my music this next go-round, not just stick to R&B. I’m not just R&B, it’s more in my core. I want to bring it all out. Whatever else I have left, I just want to give it,” she shared.

On Dec. 3, Audible will premiere Brandy’s Words + Music installment titled A New Moon. The company said it’s “an intimate and bracingly raw meditation on power and purpose from one of the most influential singers of all time.”

Additionally, Brandy teamed up with Mariah Carey to reimagine “The Roof (When I Feel the Need),” from Carey’s 1997 album Butterfly.

“I can tell you the experience was so beautiful. She’s breathtaking, number one. She has a beautiful soul,” Brandy told Rated R&B. “When I was in the booth, doing whatever she wanted me to do, it was just beautiful to be coached by her. I loved working with her. That was a dream come true.”