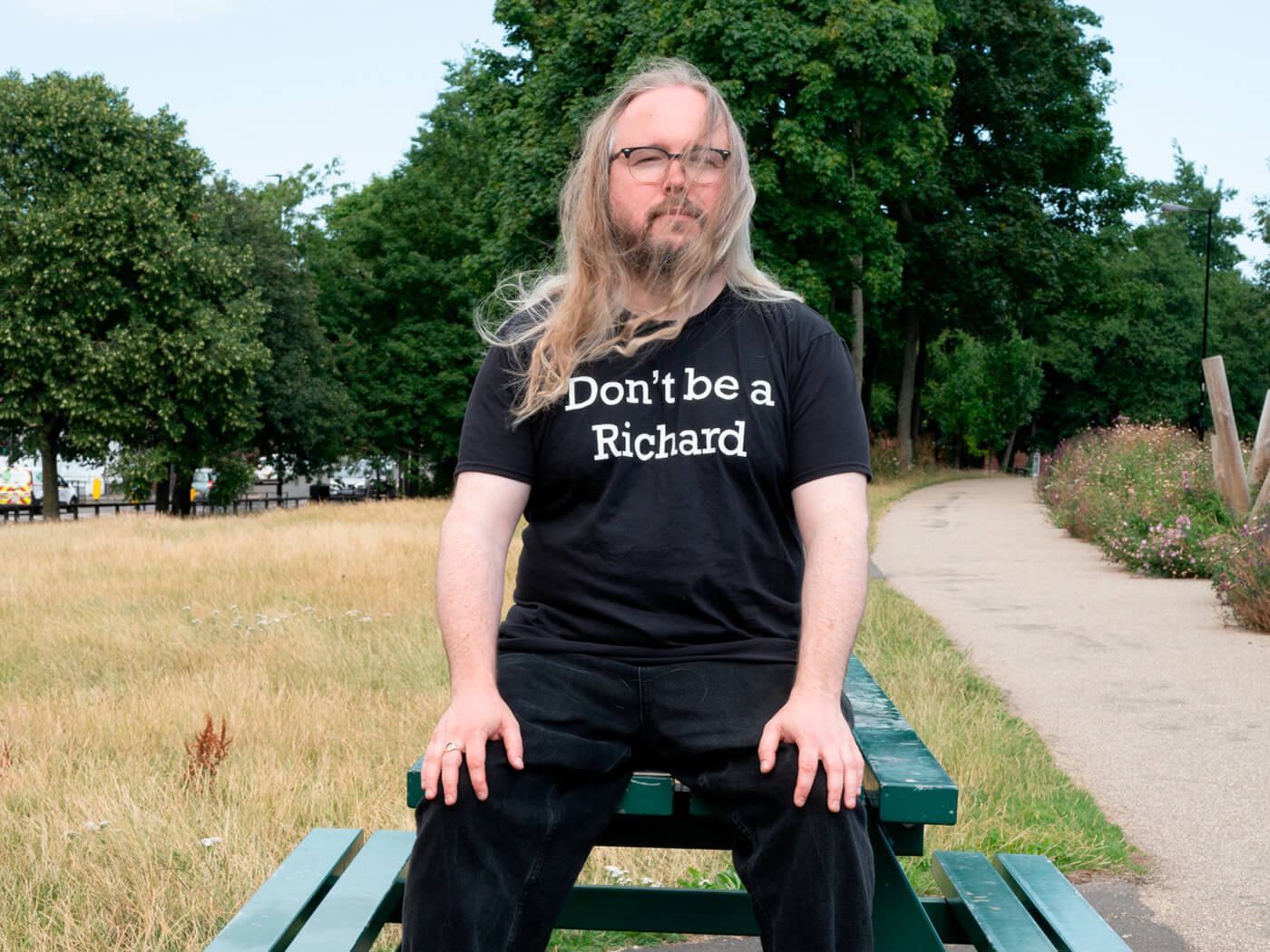 Richard Dawson is on quite some creative streak. The past 12 months have already seen one great album from the Tyneside bard – Henki, a collaboration with the Finnish metal alchemists Circle. Now here’s another: The Ruby Cord is framed as the conclusion to a trilogy of albums that Dawson began back in 2017. The first of the three, Peasant, surveyed a number of colourful characters living in the Middle Ages kingdom of Bryneich back circa the 6th century AD. It was followed by 2020, which cast an empathetic eye across the lives of those occupying familiar early 21st-century spaces – the football field, the local pub, the Amazon fulfilment centre. Where next? To the future, of course – specifically 500 years into the future, into a sort of liminal reality that straddles real life and something more virtual.

It’s certainly within the scope of Dawson’s powers to pull off some kind of neon-lit space opera. But this is not that album. The Ruby Cord certainly has some epic qualities – for one, it’s long, clocking in at an hour and 20 minutes in length, and kicking off with an opening track, “The Hermit”, that itself stretches out to a panoramic 40 minutes. But where 2020 felt direct and upfront, both in its music and in the manner of its storytelling, The Ruby Cord feels more cryptic, dense and complex, as if Dawson – never not ambitious in his art – is intentionally raising the stakes.

There is some feat of imaginative creation going on here, and it’s only by scrutinising the lyric sheet that you can really begin to comprehend the shape of the world that Dawson has designed. The Ruby Cord is set in an augmented reality, humans existing somewhere between the world we know and a virtual space in which the lines between history, mythology and imagination blur. On “The Hermit”, the familiar intermingles with the deeply strange. One minute Dawson is sketching a bucolic scene of “crow-pocked copses” and a “caterpillar’s ardent mandibles”; the next he’s singing of “an update to my visual and ontoceptual cortexes”. “Museum”, meanwhile, follows an unnamed visitor as they explore a complex that contains an archive of human memory, projected onto the walls. One reference point for The Ruby Cord’s storytelling might be science fiction – think the rich and detailed world-building of a figure like Ursula Le Guin or Philip K Dick. Another might be video games – fantasy RPGs like Skyrim that dispense little nuggets of lore as you explore, giving you a sense of a wider world beyond your immediate experience.

The narratives here can be dark and discomfiting, but the mood is generally calm and tranquil, largely lacking the roar and churn we hear in much of Dawson’s work. He’s backed by a mini-ensemble consisting of harpist Rhodri Davies, violinist Angharad Davies and drummer Andrew Cheetham. On “The Hermit”, they sprawl out in improvisatory fashion, more concerned with mellifluous texturing than familiar song structure. Deeper into the album, there are moments that raise the temperature a couple of notches: the wild harp freakouts buried in the midst of “The Fool”; the romping metal riff that briefly flowers at the heart of “The Tip Of An Arrow”. But these are generally used as a sort of dramatic punctuation, and consequently are fairly short-lived.

Whatever Dawson is writing about, he tends to return to human stories – our ambitions, fears, disappointments and frailties. You get the feeling that he’s contrived the setting of The Ruby Cord as a way of tackling such a theme from a variety of unusual vantage points. “Thicker Than Water” is a gentle canter of chiming guitars and little flourishes of harp, but it holds a sense of terrible absence at its core; the narrator, fleeing from cyberspace back into the real world, passes through deserted cities and empty dual carriageways, in search of the bodies that he and his family long ago left behind. “The Fool” seems to hark back to the territory of Peasant, a love affair conducted in a medieval town – or presumably the simulation of one? – that ends with an enigmatic fizzle. The remarkable “The Tip Of An Arrow”, meanwhile, has the feel of a video game quest, the narrator and her plucky daughter Isagog crafting arrows before venturing “into the realm of the fabled three-faced hare”. There, we are reminded that pride comes before a fall.

Dawson’s work has always required a certain amount of buy-in from the listener, which it traditionally pays back with dividends. The Ruby Cord is no different, and in its depth and ambition may go further than any of his records before. If Dawson’s discography was the books of Tolkien, this wouldn’t be The Hobbit, or even Lord Of The Rings, but The Silmarillion. As such, this might not be the first Richard Dawson record you would recommend to a newcomer: too much, too soon. Still, if you’ve got the measure of him and his work, The Ruby Cord won’t fail to impress. You leave it mind reeling, happily baffled, dazzled by the scope of its achievement.