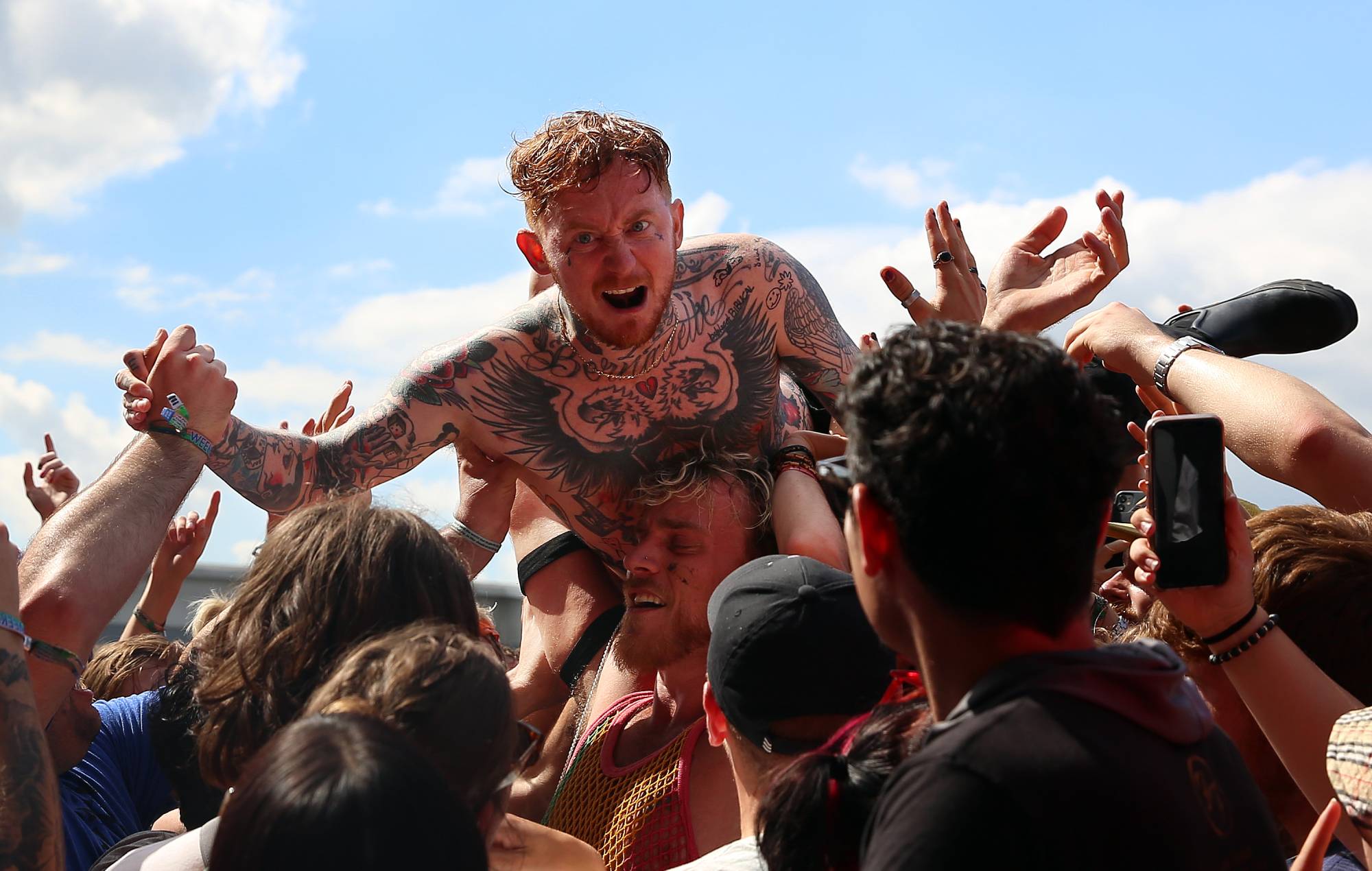 Frank Carter & The Rattlesnakes have been announced as the first headliners for 2000 Trees 2023 – see the full list of bands below.

The festival will return to Upcote Farm in Cheltenham on the weekend of July 5-8 next year, and a host of new bands have been added to the line-up.

Alongside Carter, Hundred Reasons, The Wonder Years, Loathe, Pitchshifter, Cancer Bats, And So I Watch You From Afar, Joyce Manor and many more have been announced for the festival.

Last year’s edition of the festival was headlined by Jimmy Eat World, IDLES, Thrice and Turnstile, with the likes of Creeper, The Regrettes, Rolo Tomassi and more also on the bill.

See the full list of bands currently announced for 2000 Trees 2023 below. Tickets are available to buy here.

🐍 Frank Carter & The Rattlesnakes are the mega first headliners for 2000trees 2023, PLUS we’ve added over 30 new bands to the lineup for next summer!!!

🌳 Third release tickets are getting super low, so if you want one you gotta pick yours up ASAP: https://t.co/Lsfy9SYth6 pic.twitter.com/vSXQzozanm

Ahead of the 2000 Trees headline set, Frank Carter & The Rattlesnakes are gearing up for an imminent London residency, with the punk group taking over Camden’s The Underworld next month.

The trio of gigs will kick off December 6 and run until December 8 with support coming from IDestroy, Lambrini Girls and High Vis.

Earlier this month, Frank Carter And The Rattlesnakes released new single ‘The Drugs’ in collaboration with Jamie T. Speaking about the track, Carter said: “‘The Drugs’ was written after a few long conversations with some beautiful friends of mine who had been struggling with addiction. Life is a difficult journey, it’s easier with good friends around.”

The band are currently out on a European headline tour behind their 2021 album ‘Sticky’. Check out the remaining dates below.