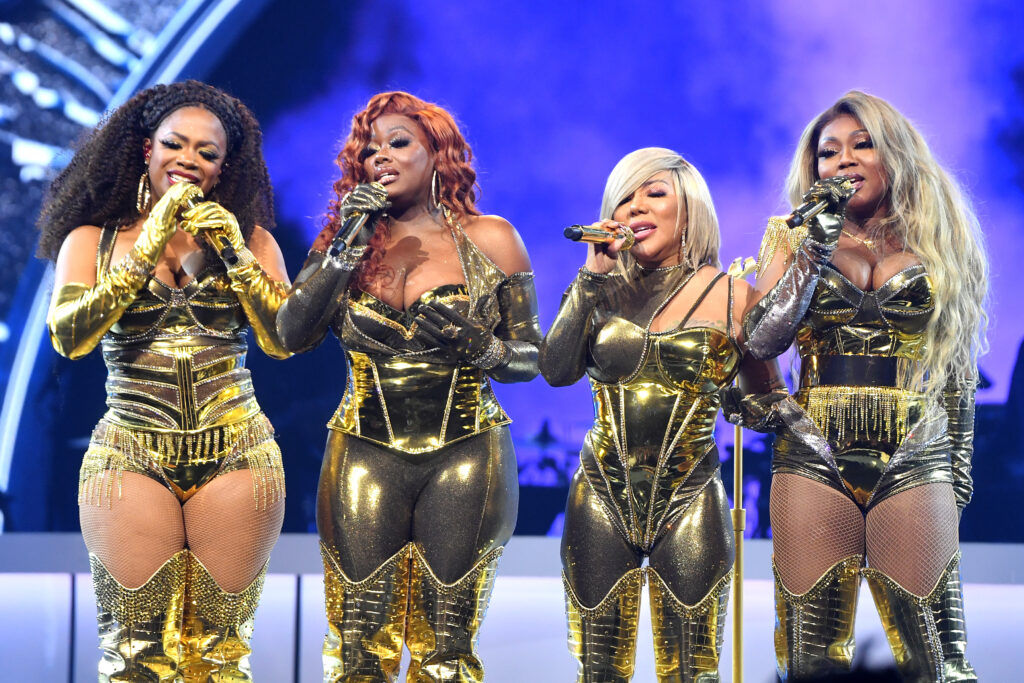 Legendary R&B group Xscape was honored with the Lady of Soul Award at the 2022 Soul Train Awards on Saturday night.

All four members — Kandi Burruss, Tameka “Tiny” Harris, LaTocha Scott and Tamika Scott — were present to accept their prestigious award. Their award was presented by Jermaine Dupri who discovered them and signed them to So So Def Records.

“We had to say thanks to Jermaine because like he said, he had a vision when a lot of people didn’t. And for that, we are forever grateful to be able to still be here on this stage because you opened the door,” said Burruss. “Thank you, God, for our voices singing in the church together… that’s what helped us learn our harmonies.”

LaTocha added, “Definitely want to thank God for all of this. I thank God for the gift. That’s the reason we’re up here and you guys are celebrating us.”

After their acceptance speech, Xscape took to the stage to perform a medley of their hits. Dupri helped get the crowd hype as they opened with “My Little Secret,” followed by their debut single “Just Kickin’ It.”

Then they transitioned to their 1995 hit “Who Can I Run To,” which was originally recorded by The Jones Girls in 1979. The latter part of Xscape’s set revisited their debut album, Hummin’ Comin’ at ‘Cha, with “Tonight” and “Understanding.”

“Who Can I Run To,” which appeared on Xscape’s sophomore album Off the Hook, peaked at No. 8 on the Hot 100 and spent 20 weeks on the chart.

“My Little Secret,” from their third album Traces of My Lipstick, peaked at No. 9 on the Hot 100.