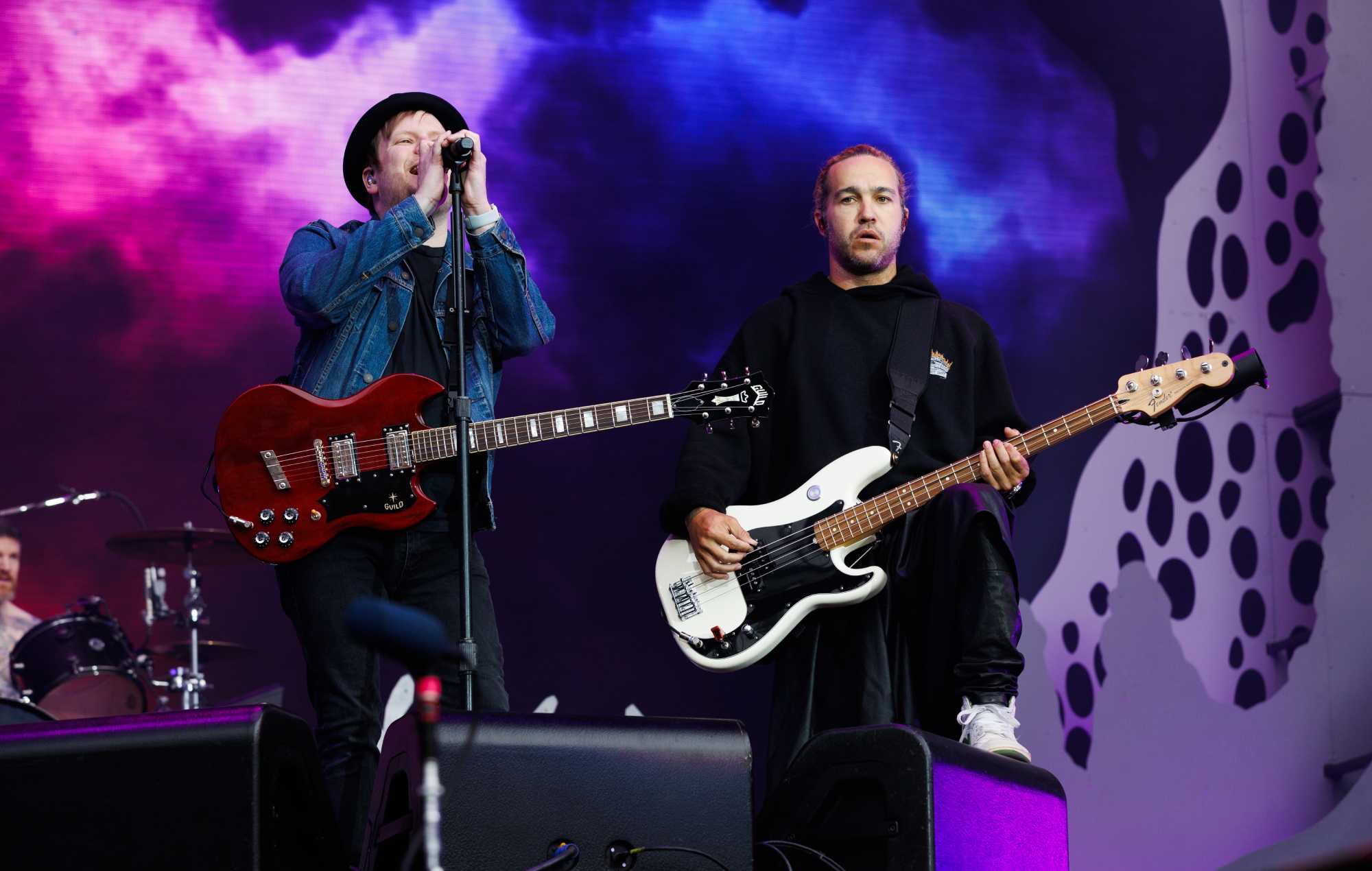 Fall Out Boy have teased their return with new music via a newspaper ad – see below.

The ad, which was spotted in the Chicago Tribune, has the words “FOB 8” followed by the phrase “If you build it, they will come” all against a black background.

Fans have been speculating that this is linked to an as yet unannounced new album from the band. The group’s last full-length release was 2018’s ‘M A N I A’, which NME described as “worlds away from the smart pop-punk of 2003 debut ‘Take This To Your Grave’ or the rousing emo of 2005’s ‘From Under The Cork Tree’” in a three star review.

Fall Out Boy also released their 2003 mini album ‘Evening Out With Your Girlfriend’ on streaming services in full for the very first time last year.

An advertisement in the Chicago Tribune popped up recently with the words “FOB 8” and some vague text.

Fall Out Boy fans theorize that this may be connected to a new release from the band. #FallOutBoy #Fob8
📷 @davidjude pic.twitter.com/PN5f3zRibZ

Earlier this year, Fall Out Boy guitarist Joe Trohman revealed that the band were recently working on “guitar-based” new material that is now on the “back burner”.

Speaking to Rolling Stone in September about his new memoir, None Of This Rocks, he revealed that this particular set of music appears to have now been set aside, saying: “We were working on some stuff that was guitar-based. I don’t know know what’s happening with it. I think it unfortunately went to the back burner. It would be nice to make a record where the guitar is a little more upfront.

“We did start that way, as a guitar-based rock band, and it’d be cool to go back to those roots. We’d have to find a way to do it that doesn’t sound like Fall Out Boy from 2005. It might be cool for somebody else to do that, but it wouldn’t be cool for us to do it.”

Elsewhere, the band headed out on the rescheduled UK and European leg of their ‘Hella Mega Tour’ this summer with Weezer and Green Day.

News of the Hella Mega Tour came back in September 2019 when each of the three bands shared new tracks simultaneously alongside announcing the run of gigs. On the same day, Green Day, Fall Out Boy and Weezer played a surprise intimate show in Los Angeles.