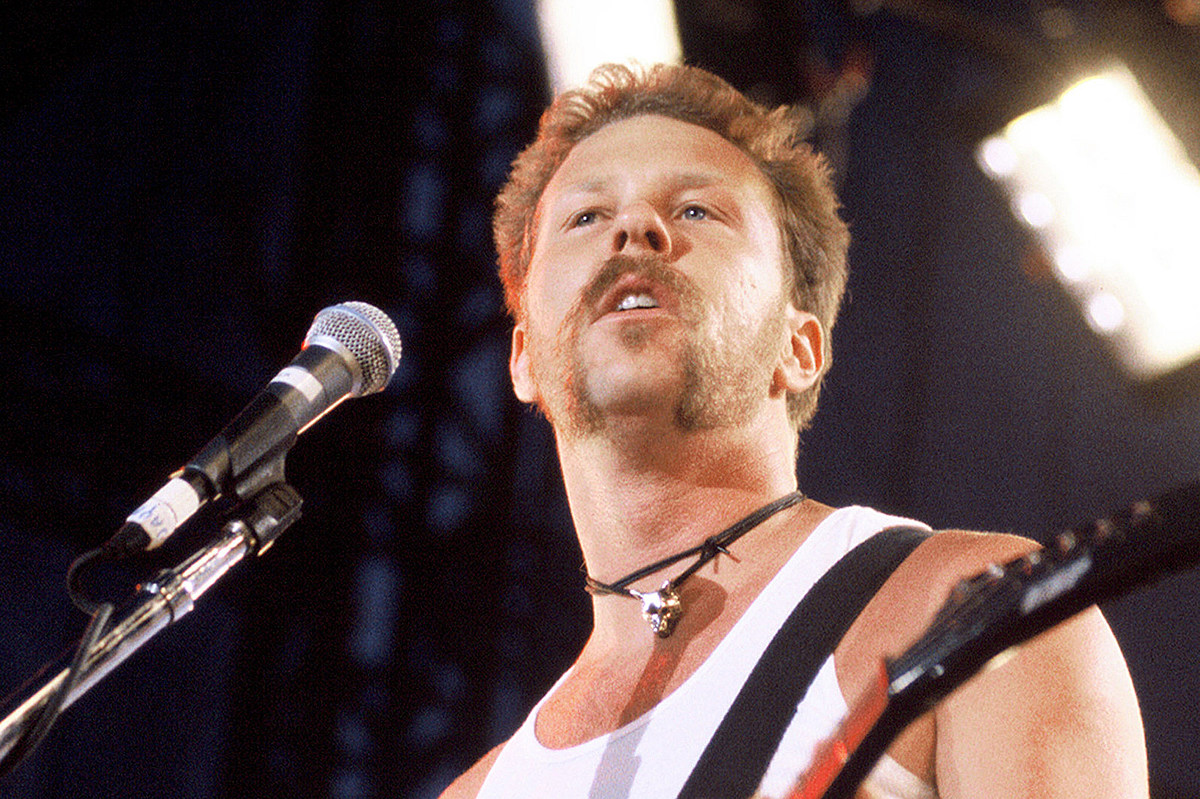 The singer and guitarist reflected on Metallica’s constantly shapeshifting career in a sweeping new band profile in The New Yorker. ”We’ve always been very organic. Load and Reload felt different to me,” he said. “Felt forced.”

Hetfield is not alone in his assessment. Load and Reload marked a major sonic shift for Metallica, incorporating elements of bluesy hard rock, Southern rock and alternative into the quartet’s tried-and-true heavy metal thunder. The band members even cut their hair short and wore makeup on the back covers — anathema to some of their fans. Metallica’s musical evolution had already begun with their 1991 self-titled album (known colloquially as the Black Album). Although fans embraced that record to the tune of 16 million sales in the U.S., many considered Load and Reload a bridge too far.

This isn’t the first time Hetfield has discussed Load and Reload in less-than-flattering terms. In 2017, he told Clash magazine that he followed drummer Lars Ulrich and guitarist Kirk Hammett‘s leads on both LPs, even if he wasn’t completely on board with their vision.

“You’ve got two guys that are really driving the thing – Lars and myself – and when we don’t agree, there has to be a compromise,” Hetfield said. “But, as far as doing something that doesn’t feel right, I’m sure there’s been a few times that it’s happened – the Load and Reload era, for me, was one of those; the way that was looking, I wasn’t 100% on with it, but I would say that that was a compromise. I said, ‘I’m going with Lars’ and Kirk’s vision on this. You guys are extremely passionate about this, so I’ll jump on board, because if the four of us are into it, it’s going to be better.’ So I did my best with it, and it didn’t pan out as good as I was hoping, but, again, there’s no regrets, because at the time it felt like the right thing to do.”

Even though Load and Reload divided fans, their controversy paled in comparison to Metallica’s next album, 2003’s St. Anger. With its clanging, switched-off snare drum, nu-metal riffs and total absence of guitar solos, the album remains the most polarizing entry in Metallica’s discography (save for 2011’s Lou Reed collaboration, Lulu). Hetfield, however, takes the mixed reaction in stride.

“Eh, it’s honest,” he told The New Yorker. ”You might not identify with it, or you don’t like the sound. But that’s where we were, and that’s what we put out. It’ll have its time, maybe.” He added, with a laugh, “Maybe not!”

There are moments of indecision when compiling this gallery of Metallica Albums, Ranked Worst to Best. After all, we really could have had – for the first time ever – a three-way tie for first.