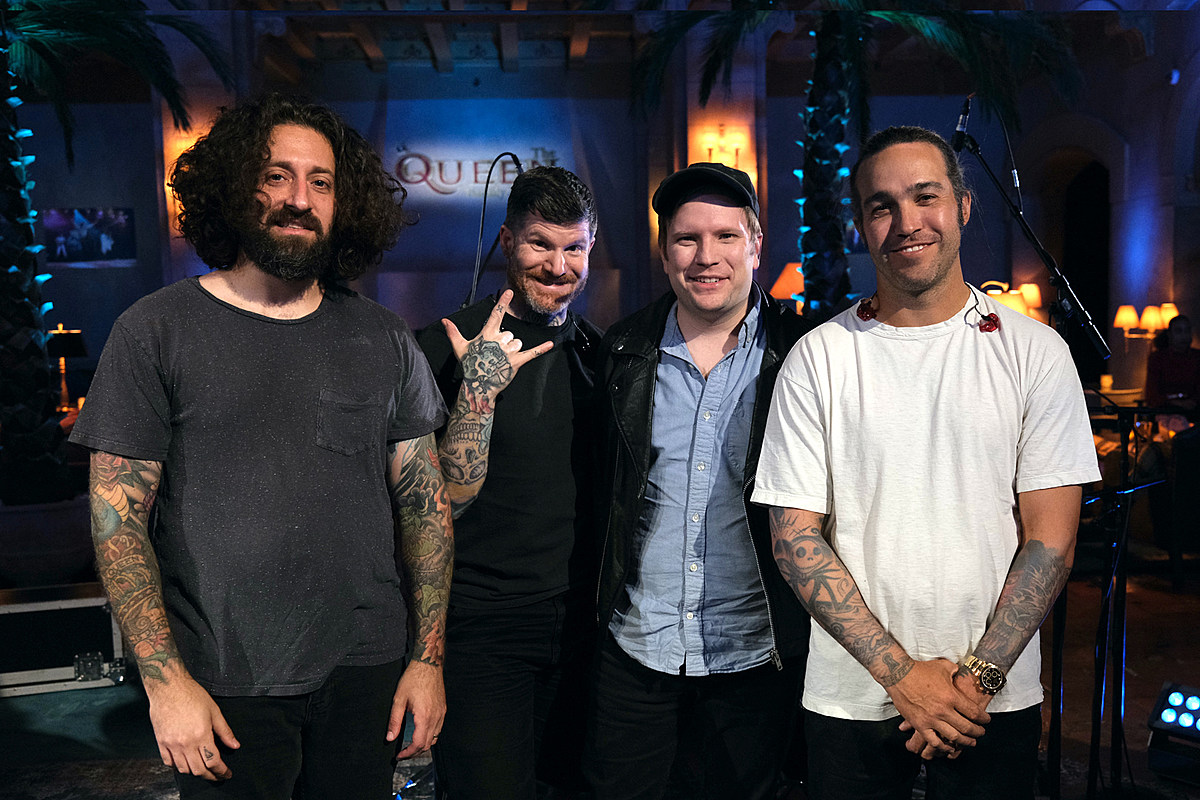 Is Fall Out Boy‘s eighth album imminent? Fans of the pop-punk band got a dose of excitement regarding that possibility when a mysterious newspaper advertisement for “FOB 8” appeared in Monday’s (Nov. 28) print and digital editions of the Chicago Tribune.

The Tribune, after all, is one of Fall Out Boy’s hometown papers. And it’s already been four years since Fall Out Boy released M A N I A, their seventh studio effort from 2018. (However, since that time, the group has issued another EP, a second greatest hits collection and more.) Fall Out Boy formed in Wilmette, Ill., a village suburb of Chicago, back in 2001.

If you’re in the Chicagoland area, did you spot the Fall Out Boy newspaper ad this week? See it down toward the bottom of this post.

The full-page Fall Out Boy newspaper ad is all black, with a stylized wordmark for “FOB 8” prominent above the fold. (The “O” in “FOB” is an artsy smiley face logo, with one side dark and one side light like a yin and yang symbol.) The only other discernible text is toward the bottom of the ad, where it says in a smaller font, “If you build it, they will come.”

“Straight from the heart of Chicago,” Fall Out Boy fan @davidjude wrote alongside a photo of the ad on Twitter. “It’s f—in real, and it’s f—in coming,” the fan added. (A follow-up tweet said, “If you’re in chi and want a physical copy of the #fob8 poster, I suggest you go out looking now. It was a f—in journey finding a physical copy. So glad I found one.”)

“If you build it, they will come” is the ubiquitous misquoted variation of an iconic movie line from 1989’s fantasy sports drama Field of Dreams. In the film, the character Ray Kinsella (played by Kevin Costner) hears a disembodied voice in a cornfield say, “If you build it, he will come.” Fall Out Boy frequently reference movies in their songs.

These are the scenes you keep watching over and over.