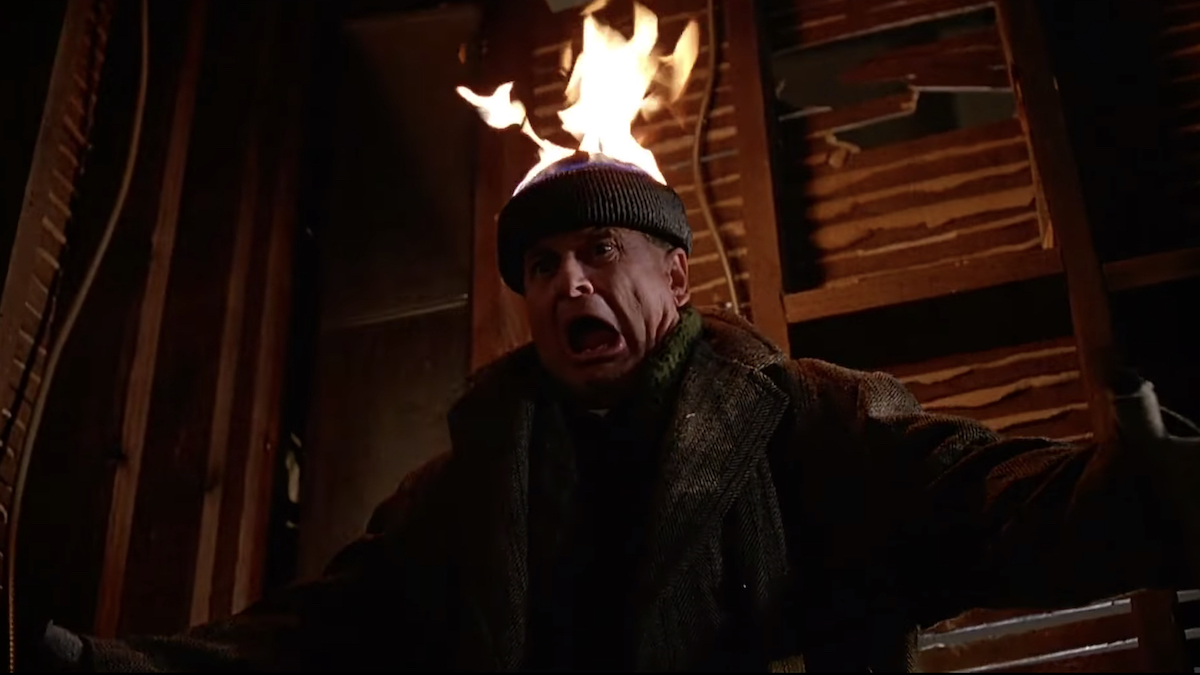 The best part of the Home Alone films is watching a young Macaulay Culkin inflict serious pain on Joe Pesci and Daniel Stern, but the movies’ absurd slapstick comedy actually caused real consequences for Pesci. Looking back on the 30th anniversary of Home Alone 2: Lost in New York for People, Pesci recalled sustaining “serious burns” while filming a certain scene in the beloved sequel.

“In addition to the expected bumps, bruises, and general pains that you would associate with that particular type of physical humor, I did sustain serious burns to the top of my head during the scene where Harry’s hat is set on fire,” Pesci said. While the actor noted that “I was fortunate enough to have professional stuntmen do the real heavy stunts,” it was really him getting blowtorched by Culkin.

Home Alone spurred five sequels, but Lost in New York is the only one to feature the complete original cast. By that point, Pesci said the crew’s familiarity led to “more spontaneity and creativity on the set,” which is why the follow-up was so successful.

“It was a nice change of pace to do that particular type of slapstick comedy,” the actor said. “But the Home Alone movies were a more physical type of comedy, therefore, a little more demanding.” At least he didn’t get electrocuted like Stern.

Elsewhere in the feature, Pesci discussed his “intentionally limited” interactions with Culkin on set. “I remember Macaulay as being a really sweet kid and, even at his age, very professional,” Pesci said. “I intentionally limited my interactions with him to preserve the dynamic between his character, Kevin, and my character Harry.” He added, “I wanted to maintain the integrity of the adversarial relationship.”

Next up, Pesci will return to television for just his second regular TV role in Bupkis, Pete Davidson’s comedy coming to Peacock.