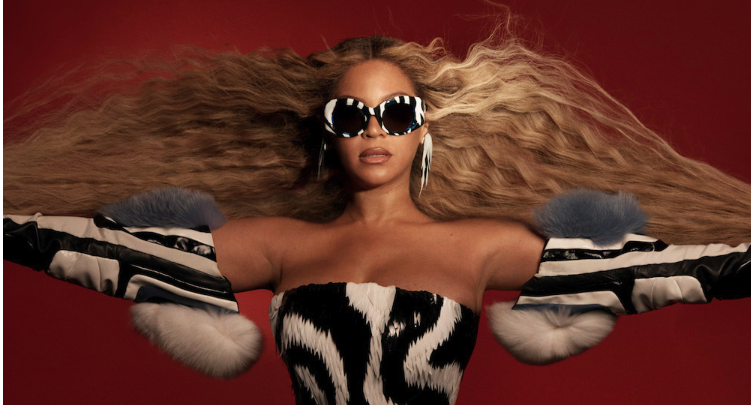 Beyoncé has taken over airwaves. Her current single “Cuff It,” lifted from her Renaissance album, has reached No. 1 at R&B radio and urban radio.

“Cuff It” is Beyoncé’s second consecutive No. 1 hit from the Renaissance album cycle, following the empowering dance track “Break My Soul.”

It’s also her third song this year to ascend to the summit at R&B radio behind her award-winning duet “Make Me Say It Again, Girl” with Ronald Isley & The Isley Brothers.

Co-produced with Beyoncé, Nova Wav and Raphael Saadiq with additional production by Rissi and The-Dream, “Cuff It” pushes past the 2.2. million mark on TikTok.

The energetic track has garnered more than 240 million streams on Spotify since its July 29 release. Beyoncé still has not released a visual for “Cuff It” or any other songs from Renaissance.

“Cuff It,” which debuted at No. 13 on the Billboard Hot 100 chart, is nominated for Best R&B Song at the 65th Grammy Awards. It’s one of nine new nominations for Beyoncé.

With Beyoncé’s nine nods and Jay-Z’s five nominations, the husband-wife duo ties as the most-nominated artists in Grammy history, with 88 each.

Renaissance is the seventh studio album from Beyoncé. It’s the proper follow-up to 2016’s Lemonade. The album entered the Billboard 200 at No. 1, moving 332,000 equivalent units in the first week. It was a woman’s largest opening week sales this year before Taylor Swift and Midnights.

Beyoncé recently reigned as the biggest winner at the 2022 Soul Train Awards. She took three awards, including Album of the Year (Renaissance), Song of the Year (“Break My Soul“) and Best Collaboration (“Make Me Say It Again, Girl“).

Additionally, Beyoncé landed three nominations at the 2022 People’s Choice Awards, including Female Artist of 2022. The show, hosted by Kenan Thompson, will air simultaneously on NBC and E! on Tuesday, Dec. 6, at 9 p.m. ET.