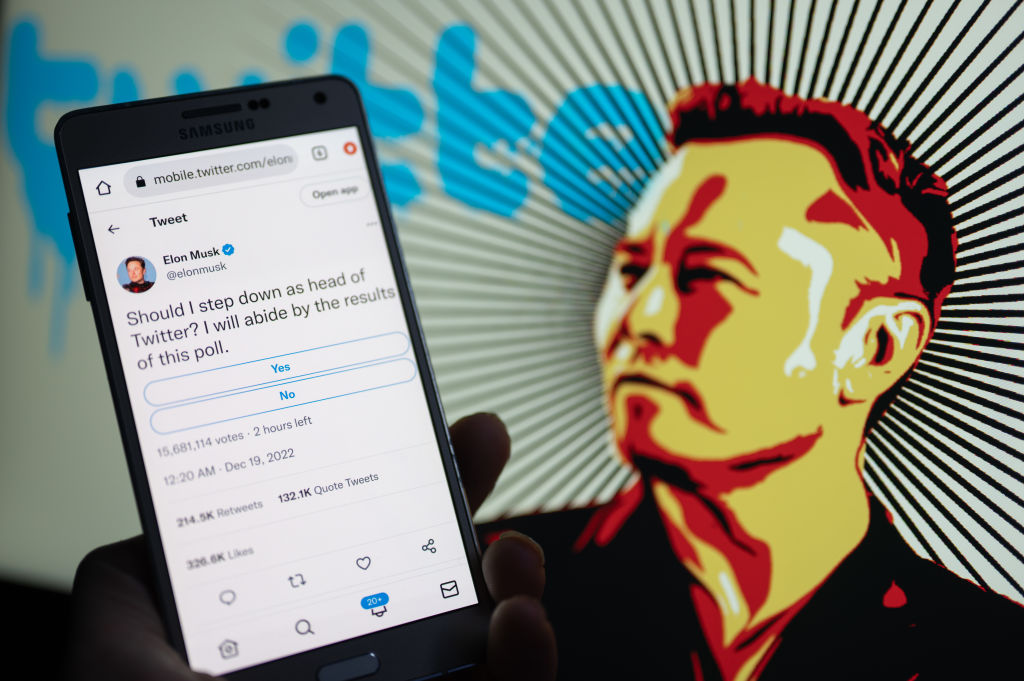 The Chief Twit, Elon Musk, announced on his Twitter account Tuesday, Dec.20, that he would “step down” as CEO as soon as he finds “someone foolish enough to take the job.”

Musk’s announcement comes two days after a poll he posted on his Twitter account asking his 122 million followers if he should step down as the chief operating officer of the social media company he spent $44 billion on.

As expected, a majority of the people who cast a vote in the poll voted yes and wanted him out of the position.

The new policy was met with intense backlash, and Musk and Twitter scrapped the whole idea. It was so bad that even some of Musk’s biggest supporters thought he went too far this time.

After sharing the poll that 17.5 million people partook in, with a whopping 57 percent agreeing he needs to step down, the very socially active Musk was eerily silent after finding out people don’t f*ck with him like that.

When he broke his silence, as expected, he only spoke to people who didn’t believe the poll results and entertained the idea that only “verified users” should be able to vote.

Tuesday, he finally seemed to abide by the poll results, saying he’s planning on stepping down as CEO but “will just run the software & servers teams.”

Elon Musk Has No Idea What He Is Doing

Musk “running the software and servers teams” has also come into question after his knowledge of running the platform after a Twitter user had some basic engineering questions for Musk, and the struggle was apparent.

We want Elon Musk to remove himself from Twitter altogether. Just saying.