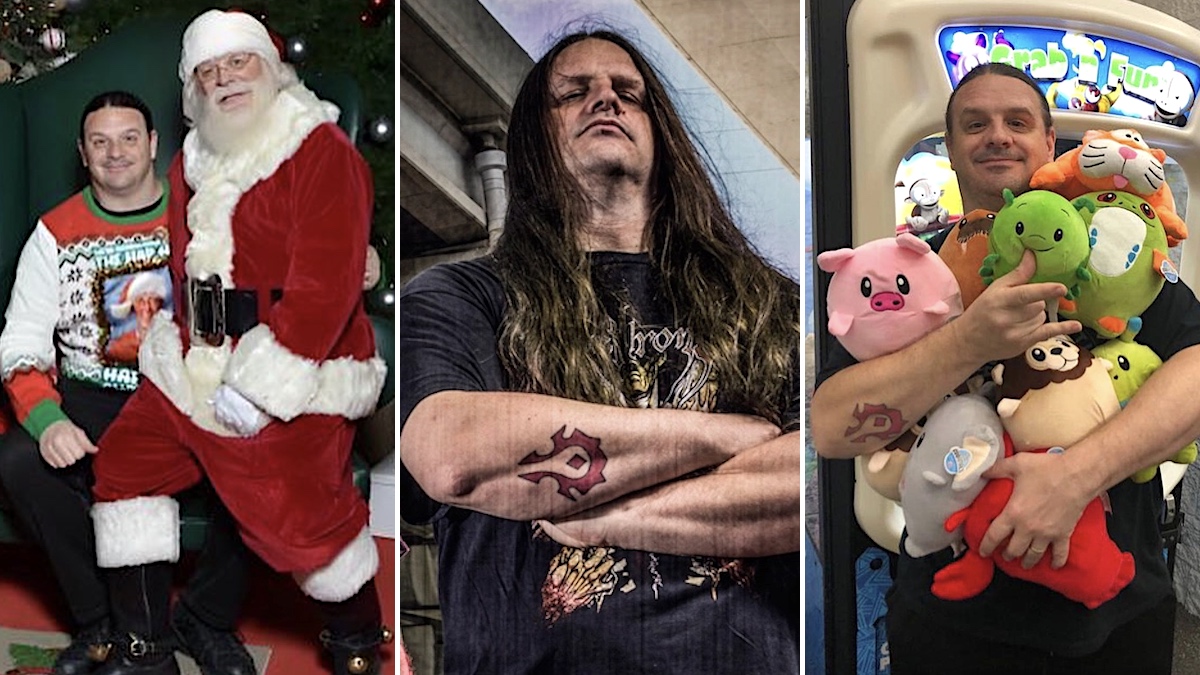 Cannibal Corpse frontman George “Corpsegrinder” Fisher is spreading the cheer this holiday, posing with Santa at the mall before hitting his local Walmart to dominate the claw machine game for charity.

Fisher took to Instagram to share the heartwarming content. In stark contrast to the gore-filled imagery and harrowing presence he projects as Corpsegrinder, the death metal vocalist showed off a softer side, beaming a big smile while Santa sat on his lap.

“Merry Christmas ya filthy animals!!!” Fisher posted on Instagram. “…yours truly with the best Mall Santa ever!!!”

With Christmas around the corner, Fisher then played the role of Santa himself, scoring a plethora of stuffed animals from the Walmart claw game to donate to charity.

Along with photos of him with armfuls of plush toys, the singer wrote, “The last two trips to my local @walmart … have been very productive! More stuffed animals for donations!!! Happy Holidays!!!

As it turns out, Corpsegrinder is a master of claw machines and has a history of donating his spoils to charity. He even spoke at length in a 2021 interview about his strategy and “secret” for winning what many consider a rigged game.

“I play the claw,” he said. “I’m like a kid at Disney; I’m looking what’s in there, and then I’m looking at how it’s sitting inside of there. Is there something on top of it? Do I have to move that? As soon as I see how the claw reacts, I’ll know if I’m gonna win.”

On donating the prizes to charity, he added: “I just like to play the claw machines. I save up quarters, and when I win we gonna donate them for kids for Christmastime or whatever.”