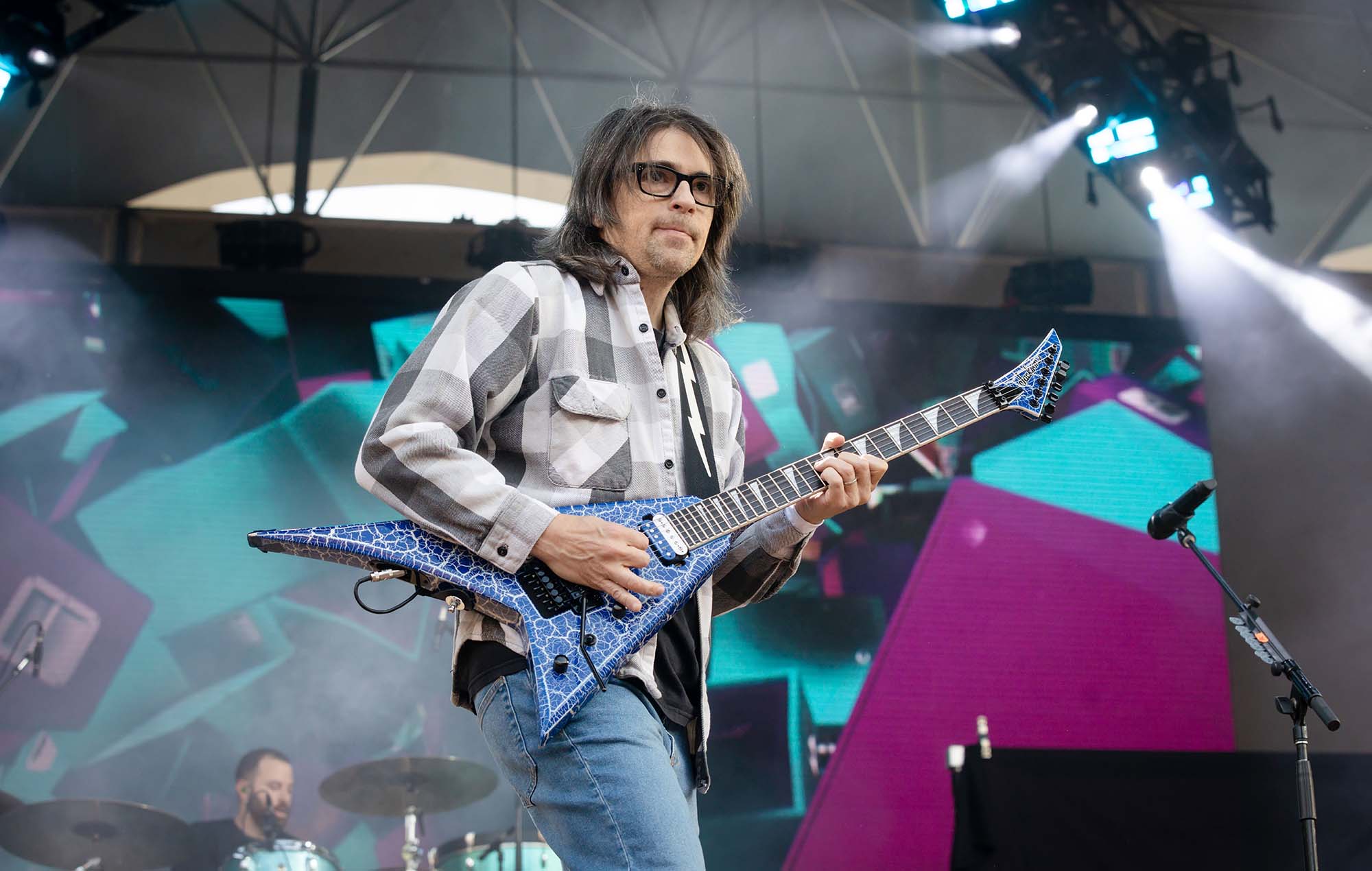 With Twitter’s new CEO, Elon Musk changing the landscape of the social media platform, many artists and music fans are looking for other ways to build community online. NME spoke to Weezer frontman Rivers Cuomo about his Discord community Mister Rivers’ Neighborhood, and how it’s allowed him to connect directly with fans.

Following Musk’s recent takeover of Twitter, multiple artists have criticized and, in some cases, left the social media platform. In November, Nine Inch Nails’ Trent Reznor confirmed his departure, citing “embarrassment” over where the site was heading. “For my mental health, I need to tune out,” Reznor told The Hollywood Reporter. “I don’t feel good being there anymore.”  The Strokes’ Julian Casablancas also voiced his disgust at Musk’s handling of Twitter, and Jack White left shortly after Musk reinstated former President Trump’s account.

Though the changes taking place at Twitter are ongoing, many artists have stayed or, in the case of Limp Bizkit’s Fred Durst, even offered to help. other musicians are finding more insular spaces to connect with fans, including platforms like Discord.

“This neighbourhood of fans has been around of fans have been around for decades now,” Cuomo told NME about his online community. “It predates Discord.” the Weezer frontman moved the community to Discord in 2020 but was already engaging with fans through an online chat platform he had coded himself. “It was super fun, but since I was doing it in my spare time it had very basic functionality.”

Cuomo was dealing with a shortage of time since he’d also been coding his own streaming platform called Weezify, where he hosted thousands of Weezer demos. He decided the best way forward was to find another way his fans could “commune”. “I finally decided, ‘let’s all migrate to Discord and you’ll have a bunch of bells and whistles you can play with’ we pulled the trigger and within a few days, we were like, ‘this is incredible’.

“In the early days, people enjoyed being able to make their own threads and post images and videos,” he said, noting that he couldn’t fully support those features on the site he had coded. The fan community also increased “five to ten times” automatically because there were already so many people on Discord that “would never have thought to come to my website,” Cuomo added. “The key for me was that you could still be a developer, I could still code a bot and add my own features to it. If it weren’t for that I wouldn’t have jumped to Discord.” For him, the ability to customize was key. “There is no server like mine, my bot is pretty insane.”

Cuomo previously told The New York Times that his current Discord is similar to the Weezer message boards fans commented on in 2001, and even the letters fans would write back in 1996. Much has changed, but the “musical values” of the people involved in his communities have remained the same.

“Our musical tastes are very consistent even from the ’90s, really,” Cuomo said. “We all still like super emotional songs with great melodies that are catchy and yet somewhat progressive and challenging and complex musically. We like big guitars and weird lyrics. It’s still true.”

The demographics of those fans and what they talk about online has changed, however.

“I remember in 2000, it seemed like there were more guys, and now there are more girls. It also seemed like the discussion in 2000 was more focused on Weezer music and now it’s all over the place. It’s more just a place to hang out. Back then, the age range of our fans was teens and early twenties. Now there are 13-year-olds to old fogeys like myself.”

Though he recently tried out an AI bot on Twitter, that had fans wondering why he was Tweeting about “#FemboyAnthems”, estrogen and Arctic Monkeys, he told us that Mr. Rivers’ Neighborhood allowed for better community and communication with fans than other social media channels. “Well… I don’t really speak to anyone anywhere else,” he laughed. “I like to keep it to Discord. People just seem very nice and polite and respectful, kind and interesting and funny compared to anywhere else. It’s rare that I venture out.”

Though Cuomo feels like he has such a “weirdo unique personality” that lends itself well to platforms like Discord, and admits the platform may not be well suited for artists that “flourish better” on other platforms, he did offer advice for newer artists interested in taking their fan base online.

“[I don’t] see it so much as a means for promoting myself or my music or trying to intentionally grow a community. I’m using it for my own enjoyment.”

Part of that enjoyment is asking Weezer fans for help. “For example, one time, we were stranded in Europe we couldn’t find train tickets. I just went on the server and the fans in Europe were able to find me a train ticket. Somebody met me at the station and I was able to catch a train in time.”

He also taps into fan feedback, asking them what they think of “this or that”, and they give advice. “They just suggested a song I should cover in Jakarta and they helped me learn TuneCore so I could share that song on Spotify. It makes it fun for the fans too because they can tell I’m getting a lot out of it. It’s not a job for me to be there.”

Fans have also came up with artwork for singles and help him to better connect with fans, especially when they’re touring in other countries.

“I’ll start a thread and say, ‘What should I say in this country?’ and they’ll tell me the local phrases and the local language and how to pronounce it very precisely, it’s amazing at the shows it really blows people’s minds,” He said. “That wouldn’t be possible without the fans in the Discord server.”

The community also has a weekly concert series where they cover Weezer songs and “pretty much every night” Cuomo goes into his voice channel and plays piano. “I do it for me, of course, a lot of them like to come in and listen but it means so much to me to have an audience, a small audience but people who are obviously really moved by having me play,” he said. “I think it’s genuine, or they’re really good at faking it” he joked. “In either case, it makes me feel so good and so heard.”

‘Winter’ follows the ‘Spring’, ‘Summer’ and ‘Autumn’ instalments of ‘SZNZ’. Weezer were meant to promote the series with a five-week Broadway residency, but that was cancelled earlier this year due to low ticket sales.

However, fans in Arizona will be able to see the band live at the baseball-themed Innings Festival next February, where they’ll perform alongside the likes of Green Day, Eddie Vedder, The Black Crowes, The Offspring, The Pretty Reckless and Paris Jackson. The band is also set to play the Railbird festival in Kentucky next June.