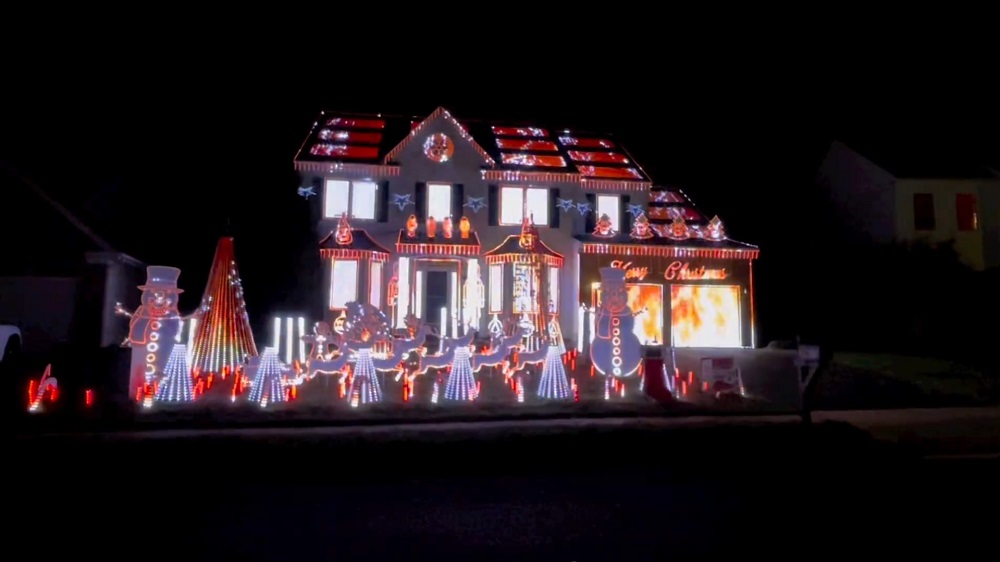 Want to ostracize yourself from the rest of your community while simultaneously being the most metal household in an at least five mile radius? Then you gotta top what the homeowner in the clip below did with their holiday lighting display, which is sure to get plenty of noise and light complaints from every one of their neighbors.

According to the YouTube page for Pixel Sequence Pros, the home in question is owned by a Mike Horn. The lighting sequence was created by Pixel Sequence Pros and the homeowner apparently bought that sequence and set his lights to it. What you get is a hellacious display of fire, brimstone, flashing lights set to blast beats, and probably a restraining order, who knows?

There have been some pretty badass lighting arrangements in the past, ranging from Slayer’s “Raining Blood” to Metallica’s “Master of Puppets” to Slipknot’s “Psychosocial.” I can’t imagine how much time and effort it takes to get something like this set up, but I’m willing to go out on a limb and say this was one of the most badass, and Christian angering submissions yet.

So shine on, you crazy fuckers. You’ve got a new act to top next year.