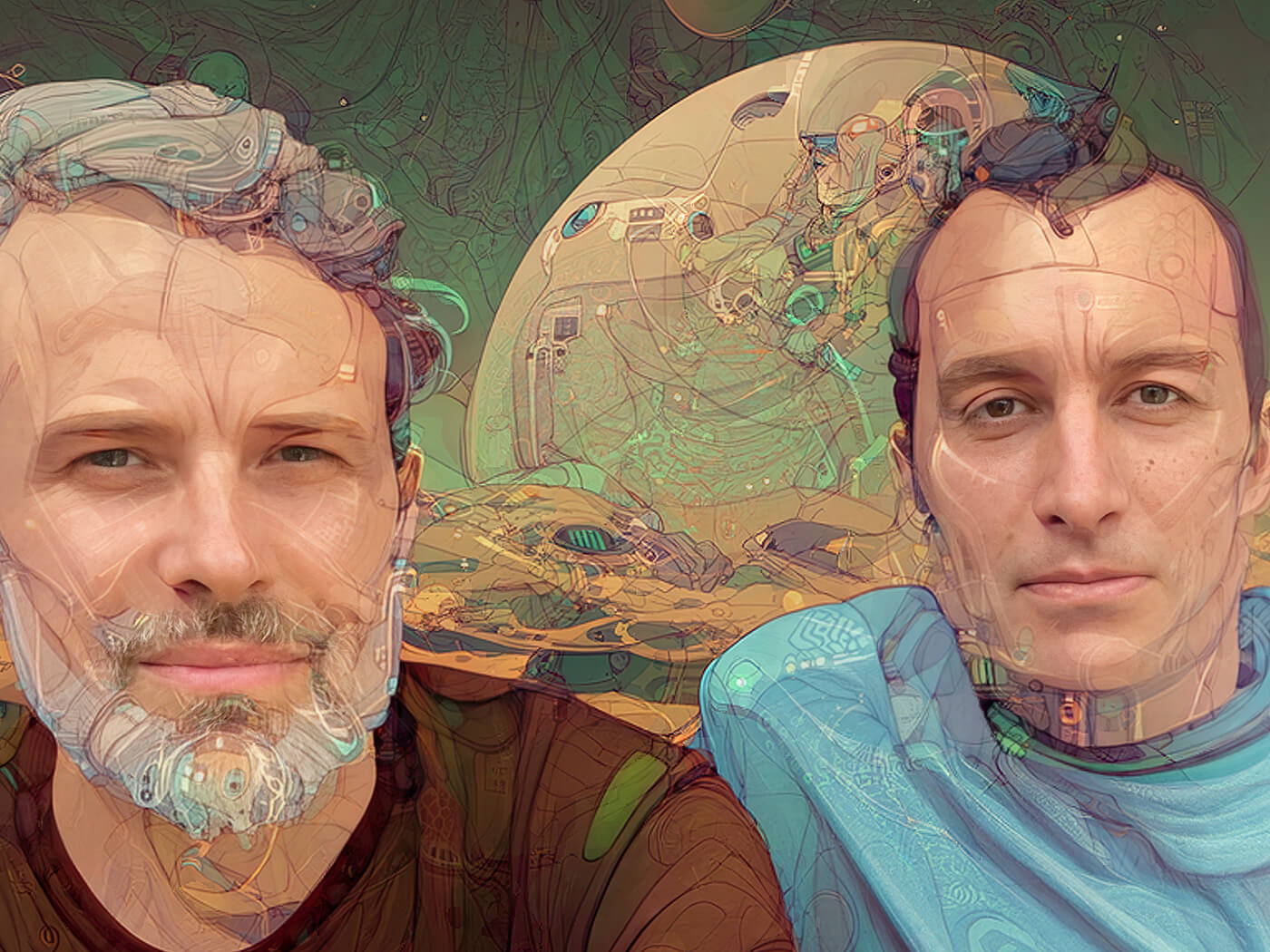 The most unassuming of electronica acts from that rich post-rave boom of the early ’90s, Andy Turner and Ed Handley have been Warp stalwarts for almost 30 years, consistently releasing fine music without ever enjoying the same high profile as language-mangling, circuit-bending labelmates like Aphex Twin or Autechre. Now in their mid-fifties, the Suffolk duo have taken great pains to couch their 11th studio album in cutting-edge AI visuals and goofy space-mission imagery; the music within, however, is classic Plaid, lightly sprinkled with self-referential echoes drawn from all stages of their sonic journey. No alarms and few surprises, just another casually excellent collection of mellifluous electro that deepens in earworm appeal with each listen.

In a first for Plaid, Feorm Falorx comes with a playful back story that borders on stoner piss-take. These tracks were supposedly born from an intergalactic invitation to play an alien music festival on the faraway planet of Falorx. According to this fanciful narrative, Handley and Turner travelled to Falorx on a spaceship called The Campbell, but had to be converted into light to survive the planet’s atmosphere. This made recording the actual show impossible, but they were later able to recreate the performance when they got back to their home studio on Earth. Now feel free to forget that completely, since it mercifully has zero impact on the album’s shape or sound.

Ambient armchair electronica is not Plaid’s origin story, though. Long before they came to be tagged with nebulous terms like IDM and post-techno, Handley and Turner grew up breakdancing to electro and hip-hop in sleepy Stowmarket. Something of that aesthetic still animates their music, with chunky breakbeats, funky basslines and primary-coloured melodies evergreen elements of their compositional canvas. Depending on your appetite for the dinky synthpop aesthetic of the pre-rave ’80s, this self-conscious throwback tendency is either an asset or a liability. Of the stand-out tracks on here, “Modenet” has a surging Italo-house energy, almost corny but too infectiously bouncy to resist. Meanwhile, the boxy beats and shiny, syncopated synths of “Wondergan” could almost be Harold Faltermeyer rewired for 2022. And album closer “Wide I’s” is a delicious tapestry of bleeps, bloops and ghostly treated vocals that manages to sound both frantic and soothing at the same time.

Like Orbital and the Chemical Brothers, Handley and Turner have a sympathetic ear for the clanging textures of rock. A case in point here is the guitar heavy “Nightcrawler” featuring Mason Bee, stage alias of long-time Plaid collaborator /co-writer Benet Walsh, who released his debut solo LP in 2020. This electro-goth chugger is loaded with post-punk signifiers, all minor-key shades and nervy jangles, with faint, possibly intentional echoes of Joy Division and The Cure. Another enjoyably left-field nostalgia trip is “Cwtchr”, a pulsing anthem of plangent synth oscillations and chunky rhythmic undulations that feels like a wry homage to cosmic ’70s electro-prog, from Jean-Michel Jarre to Tangerine Dream. That Welsh-language title, which loosely translates as “cuddler”, only adds to its charm.

For all its space-oddity trimmings, Feorm Falorx mostly sticks to Plaid’s home planet, boldly going where they have been many times before. This is no criticism overall, even if the duo’s natural facility for fragrant melody and snappy rhythm steers then into anodyne easy-listening orbit at times. A handful of tracks here, notably the mid-tempo “Bowl” and the pleasantly forgettable “CA”, feel like frictionless makeweights. Handley and Tuner will never be electro-punk provocateurs or avant-garde innovators, but their three-decade body of work has remained consistently excellent, uplifting and alluringly fresh. They may voyage to distant planets on occasion, but Plaid remain resolutely down to Earth.