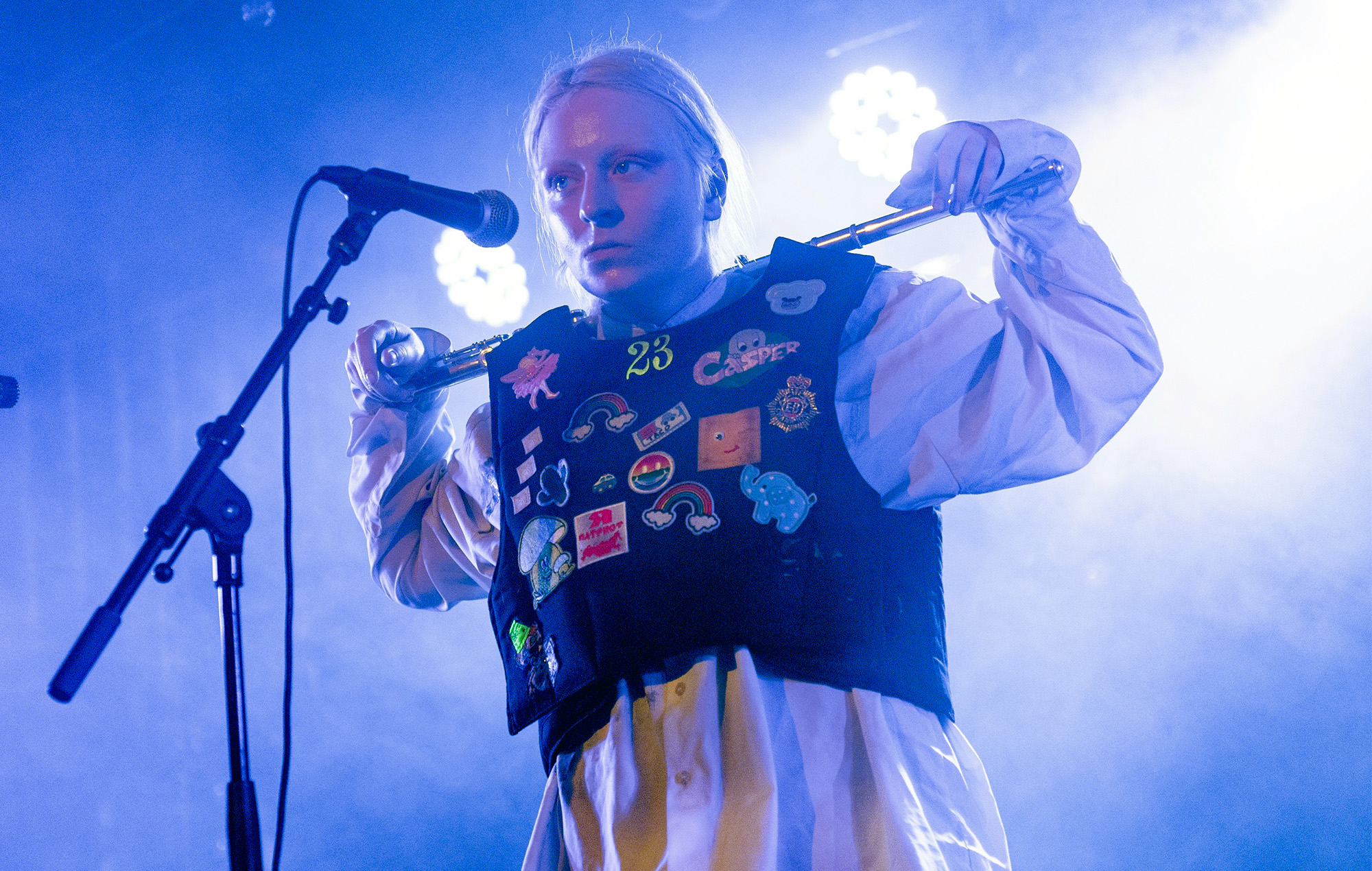 Pussy Riot have returned with another stabbing protest anthem aimed at the Russian government – a synth–punk number titled ‘Mama, Don’t Watch TV’ – with which they call for president Vladimir Putin to be prosecuted for his war crimes against Ukraine.

In a statement shared alongside the song’s release on Saturday (December 24), the band explained their belief that “Putin’s regime is a terrorist regime, and Putin himself, his officials, generals and propagandists are war criminals”.

They went on to note that the song’s chorus “is based on the words of a captured Russian conscript soldier who, in a telephone conversation with his mother, said ‘Mom, there are no Nazis here, don’t watch TV’”. Detailing the significance of that line, Pussy Riot pointed to the Russian government’s tendency to spread propaganda through televised broadcasts, which they say “poisons the hearts of people with hatred”.

The band further referenced the authoritarian measures Russia takes to punish its critics, continuing: “Those who oppose Putin are imprisoned, poisoned with military poisons and killed.”

As for the Russian government’s continued attacks on Ukraine, the band explained that such “military aggression” has been common since 2014, “when Russian troops annexed Crimea and began the occupation of the Donbass region”. They continued: “Every day since then Ukraine has had to fight for the right to live and for freedom, fight to guarantee its sovereignty.

“During all these years, the international community has looked for compromise and conducted business with Russia, at the same time sponsoring Putin’s cruel war. The Kremlin receives billions of Euros from the sale of oil and gas and each day this money converts into Ukrainian blood.”

Have a look at the accompanying music video for ‘Mama, Don’t Watch TV’ below:

With the release of ‘Mama, Don’t Watch TV’, Pussy Riot detailed their aims in using the song as a means to protest the Russia-Ukraine war. Firstly, they’ve called for “an embargo on the purchase of Russian oil and gas, on the sale of weapons and police ammunition to Russia”.

Next, the band petitioned for authorities to “arrest the western bank accounts and property of Russian officials and oligarchs, and introduce personal sanctions against them”. And finally, they’ve called for “an international tribunal to try Vladimir Putin, employees of Russian state propaganda, army officers and everyone who is responsible for the genocide of the Ukrainian nation”.

Pussy Riot have had a busy year in 2022, with a major highlight being Masha Alyokhina’s escape from Russia back in May. She and her bandmates have arrested and imprisoned multiple times over their tenure for publicly protesting Putin’s rule. Last January, she was detained for two days after attending demonstrations encouraging others to protest on social media.

The band also released their debut mixtape, ‘Matriarchy Now’, back in August via Neon Gold Records.

Ice Spice Shares New Video for “In Ha Mood”: Watch
R&B/Soul Songwriter Looking To Collaborate
Mick Jagger is launching his own line of harmonicas
Sam Kim’s father shot and killed in robbery in Seattle
Julia Fox Shows Her Disdain For Wealth By Living In A Tiny Mice-Infested NYC Apartment