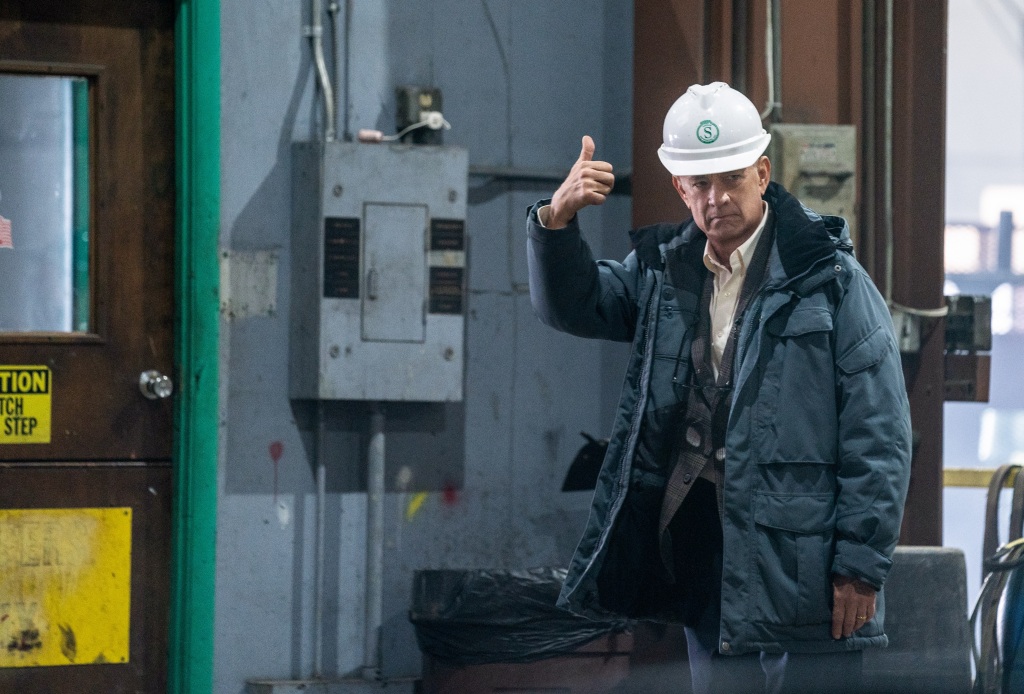 In an age of streaming and Covid concerns when many older-skewing dramatic films find their way safely into homes, Sony Pictures rolled the dice on the Tom Hanks drama A Man Called Otto. It grossed $15.3 million in its third–weekend wide expansion over the four-day MLK weekend, well surpassing its $8M projection.

The result surprised rival distributors, many who were underwhelmed initially by the Marc Forster-directed title’s exclusive four-theater run in New York City and Los Angeles over New Year’s weekend, which did a $14,000 per-theater average/$56K opening. Not to mention the lukewarm reviews (69% fresh on Rotten Tomatoes).

Sony, however, always knew its had the goods with an old-fashioned, moving title, one that would win over its audience — hence its A CinemaScore and 5-star exits on ComScore/Screen Engine’s PostTrak.

In some ways, it’s not shocking to see Sony hit a double at the box office; it has done so before with adult-, often female-skewing properties such as last summer’s Where the Crawdads Sing ($17.2M; $90.2M domestic final), the fall’s novel The Woman King ($19M opening; $67M domestic) and, pre-pandemic, the big holiday sleeper Little Women ($16.7M; $108M domestic).

However, at a time when the marketplace has lost faith in the durability of non-tentpole, non-genre movies, the overperformance of A Man Called Otto provides a tremendous amount of hope for older-skewing titles. If one studio can pull this off with a dramatic feature, so can another. For a demo that was scared to return to cinemas, the over-55 crowd repped an astounding 45% of Otto‘s business this weekend, according to PostTrak, with 54% of them women over 25.

But there’s something else going on with Otto: it played squarely to the rest of the country outside NYC and L.A., and, well, Hollywood doesn’t dynamite that audience enough.

“There’s 3,000 miles between Los Angeles and New York City, and Hollywood should start making movies for them!” one veteran producer screamed to me at a recent awards-season event.

“All of these adult movies that are three hours long — no one’s going to them!” he cried. A Man Called Otto clocks in at 2 hours and 6 minutes.

True, we’ve had movies like Top Gun: Maverick and American Sniper that have played to the heartland, but there’s the belief more movies catering to Middle America are needed to hep the box office surge back to pre-Covid levels, particularly with a greater proportion of mid-grossing titles.

In a rarity for any major studio wide release, not a single NYC or L.A. theater ranked among Otto‘s top 50 theaters. Otto‘s top 11 houses included Harkins 101 in Scottsdale, AZ; the Old Mill Playhouse in Villages, FL; Cinemark North Canton in Cleveland; Megaplex Theatres in Salt Lake City; Arrowhead Fountains in Phoenix, three theaters in the Naples-Fort Meyers, FL area; the SuperScreen in Green Bay/Appleton, WI; the Landmark 10 in Calgary, Alberta; and the AMC Dine-in in Nashville.

While gung-ho military titles such as Top Gun: Maverick and American Sniper might seem like no-brainer bets for the greater part of the country, Sony was smart about taking a chance on Otto in the co-financing of the $50M pic with partners TSG and SF. Not a lot of streamers can do that with their movies: They have to put all their chips into a title sans downstream revenues. However, co-funding non-surefire movies spreads the risk around and allows partners to reap in the movie’s upside when it exceeds expectations.

“After screening the movie we moved out of mid-December,” Sony Motion Picture Group president Josh Greenstein tells Deadline about changing the pic’s release strategy from wide to platform. “The film psycho-graphically fit with the post-holiday kind-of-feeling. The holidays can be overwhelming and the idea that this movie could be a pick-me-up was an important part of the release strategy moving to January.”

Platform releases are essential to movies looking to create word-of-mouth, particularly in a crowded marketplace. Crowded this year meant Avatar: The Way of Water. Sometimes during Q4 awards season when a studio goes wide with an adult-skewing title, it’s because it knows it may not have the theatrical momentum to keep up off reviews. As such, it’s essential, in order to have the pic monetize its windows and capitalize on marketing spend, to get such lackluster fare out quickly — read Paramount’s last minute-decision to launch the $80M-budgeted Babylon wide versus a platform strategy (reviews were at 55% Rotten and audiences scores worse with a C+ CinemaScore).

Otto is something of a classic Scrooge story with a message of hope and redemption. Sony knew from the data it culled in test screenings that the pic would rally outside of big cities like San Francisco, L.A. and New York. The marketing message: Selling Hanks as America’s Dad in a role you’ve never seen him in before as a loveable, grumpy guy. There was a huge AARP screening program to promote Otto; ads in older-demo magazines like Reader’s Digest; and big TV spots (some funny ones doting on how Otto is refusing to make New Year’s resolutions) on broad NFL games, Yellowstone and 1923. Stoking digital, Hanks debuted for the first time on TikTok two days ago, promptly grabbing close to 272,000 followers and 3.2M views.

Social media analytics corp RelishMix was wowed by Hanks’ presence on social media for Otto, saying “he’s known for sitting in the social wings when it comes to promoting his movies.” He posted an image from the film’s Stockholm premiere on Instagram to his 9.4M followers, earning 50K clicks. YouTube views for the movie’s trailers were at 34M, per RelishMix.

Otto‘s platform expansion to 600-plus runs, which notched a near-$7K theater average and a No. 4 ranking last weekend at $4.2M, was built off the backs of Sony booking prime-grossing theaters between NYC and L.A. The result only further proved Sony’s theory that they had a movie for Middle America.

Says Greenstein, “Everyone says adult dramas are dead in movie theaters. It’s kind of like the James Carville saying ‘It’s the economy, stupid.’ It’s the movies, stupid. We had a character who was super appealing, a theme many really related to, and funny moments to sell and a character who was unique in terms of what Tom Hanks has done before, and we were able to reflect that and get people to get up off their couches and go see it.”