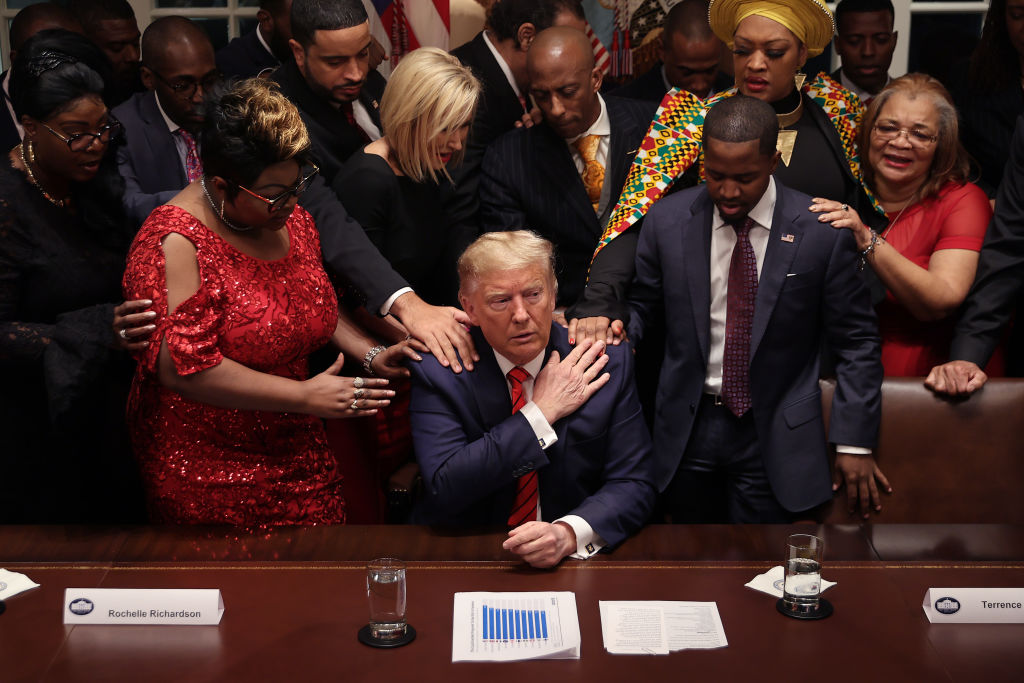 Donald Trump was a guest speaker at the memorial service for Diamond aka Lynette Hardaway of Diamond & Silk infamy. The appearance had all the signs of a grift, with Cheeto perplexing sentient humans when he said he didn’t know Silk all that well, despite like…reality

It was Trump who revealed that Diamond had passed away a couple of weeks ago. Although a cause of death was not revealed, it was widely reported that she had been recently hospitalized with COVID-19.

At the memorial service, her sister Silk aka Herneitha Rochelle Hardaway insinuated that she passed away due to complications from the vaccine.

This is where we point out that the Diamond & Silk buffoons were fierce anti-vaxxers. So Silk’s commentary has many wondering if despite Diamond’s rhetoric, was she vaccinated anyway?

Of course, this is all conjecture. But what is a fact is that at the same memorial service, Trump said that he didn’t know Silk as well as Diamond. “I knew Diamond, but I didn’t know Silk at all. I just learned about Silk. You’re fantastic,” said Agent Orange. “You’re going to carry on beyond anybody’s wild imagination.”

This is the same Diamond & Silk who worked as a duo—and the latter even said Trump treated them like family, akin to his own children, just before he went on stage. .

You really can’t make this stuff up. Needless to say, Twitter is going in, and it’s glorious. Did we mention My Pillow guy Mike Lindell spoke?

See the best slander in the gallery.