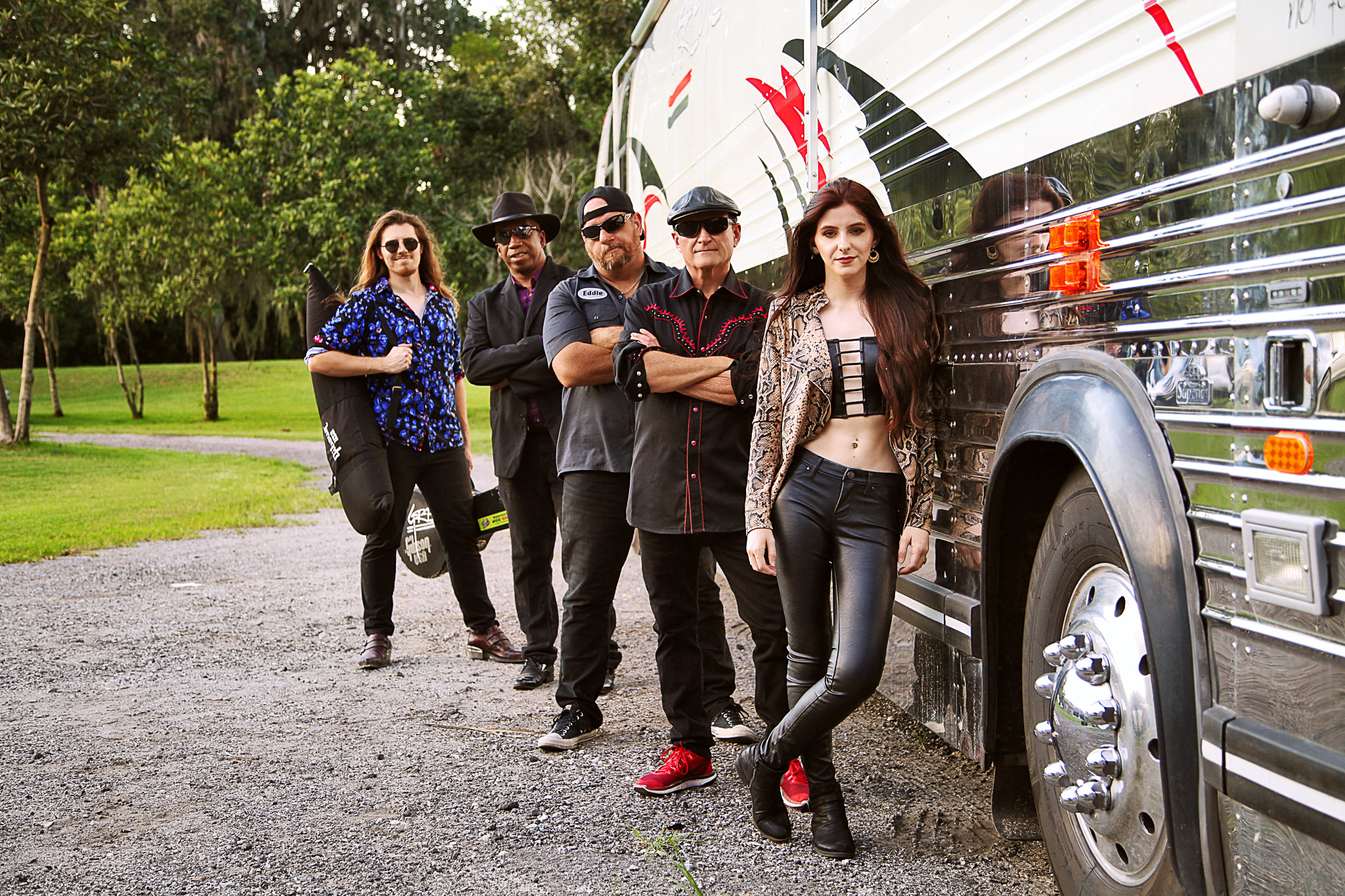 We have crafted our unique Rock approach over the years inspired by a multitude of influences. Our fresh new musical perspective is a tasty blend of Southern Rock and 70’s era rock with an incredible lead vocal performance, from Hannah Sumer, akin to Ann Wilson or Pat Benatar.

The first top five influences that come to mind would be John Butler Trio, Yes, Ambrosia, Kansas and The Outlaws. There are countless others in many genres but those are the first groups that come to me as the player I am now.

I want the audience to have as much fun as I am on stage playing and performing live. I want the listener to feel empowered and badass like I felt when listening to bands like Stone Temple Pilots and Godsmack when I was younger. I want our music to become the missing element to someone’s day that makes them feel like they can conquer anything. In short, I want people to feel greatly entertained and give them the ability to lose themselves from their worries if only for a moment. It’s vital for people to let lose.

How’s the music scene in your locale?

There are a ton of rooms to play in our area as we are one of the world’s most popular tourist hot spots here in Daytona Beach. We play all the best rooms in the area. There are some drawbacks as there are so many gigs to play in Daytona Beach, it can dilute the potential crowd for each band. You can always see a band, single, or duo performance in the area though and that’s a huge benefit for our tourists and visitors.

I still do not know if there was a predetermined path that I had gravitated towards initially. It started out as an experiment of passion and has organically developed into a wonderful musical career. We have always walked on new ground for ourselves and have accomplished so much with so little initially. It really would be a great inspiration story for some looking to invest themselves in the music business. Personally, I dabbled in guitar playing, singing and song writing as a child, but I began to take it seriously around 2003 when my father (who is also a musician) exposed me to Austrian singer song writer, John Butler and his group, the John Butler Trio.

The best concert that this band has ever been to was at the Plaza Live in Orlando. The band that was playing were The Outlaws. They were absolutely mind-blowing. Absolute perfection! We actually saw them again recently at the same venue. What an unbelievably incredible performance both times. For the second half of your question, it has got to be the energy that the audience gives you back when playing live for them. I could play guitar for a million hours in my music room/studio and never begin to experience the feeling of hearing an energetic crowd cheer me on during a nasty guitar solo. It is impossible to replicate.

Is there a song on your latest CD release here that stands out as your personal favorite, and why?

Over My Head is my favorite song on our latest album, So Far, So Good. It has every catchy trick in the book while maintaining an absolutely rockin’ vibe indicative of the late 70’s, early 80’s rock era.

Our sonic, tonal and songwriting approaches are always evolving and changing. We have truly embraced the hard rock edge nature of the past the went away from the late 80’s onward in America. We have always developed our songs with our audience in mind without compromising our visions and intentions and now we have a winning formula that we believe knocks both of those goals out of the park.

For me personally, I would have to choose Frank Zappa. He was such a musical genius and was incredibly intelligent. I have heard second and third hand stories about him and his crew on the road and they have always fascinated me. I would love to see and meet his son Dweezil Zappa, as well, as he performs his father’s music on tour as “Zappa Does Zappa.”

We will keep growing, developing, and expanding; slugging’ it out like every great rock band has done before us. We have some incredibly exciting developments in the near future that everyone will be able to be a part of. I hope everyone looks forward to it as much as I do. Thanks for all the questions! I enjoyed responding to them. Have a great one!

The question were answered by Jett Wolfe (Greye’s Guitar Player)