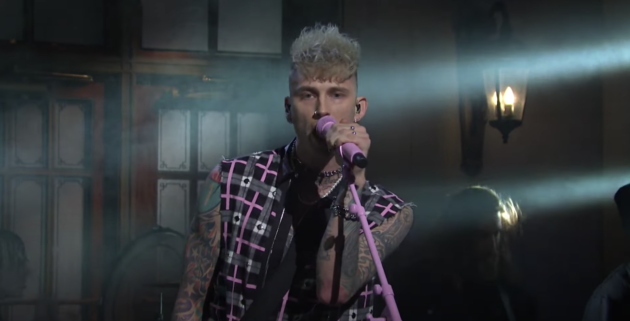 On Saturday (February 30), MGK lit up the 30 Rock stage with the electrifying performance of “My Ex’s Best Friend” with his trusty pink guitar and his band. Afterwards, Kelly and his group toned it down for the heartbroken standout “Lonely”.

Both tracks are off last year’s No.1 debut album Tickets To My Downfall, which he most recently released its musical film, Downfalls High.