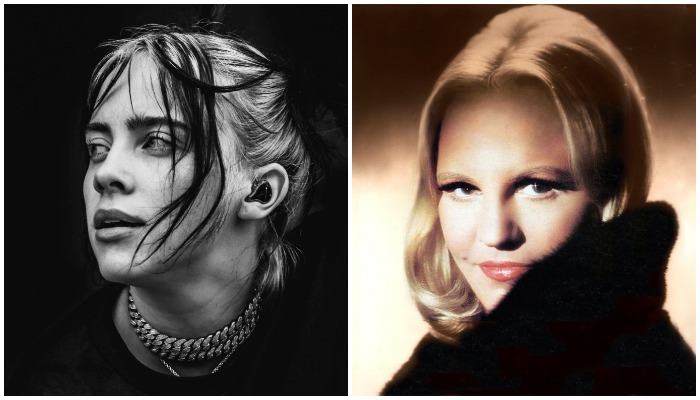 This week, new reports have emerged that Eilish is in talks to executive produce the upcoming Peggy Lee biopic Fever.

Read more: An actor is suing Netflix over that ‘Stranger Things’ drive-in experience

According to Deadline, Eilish, her mother Maggie Baird and record label partner Justin Lubliner have expressed interest in executive producing Fever. The new biopic is based on the life of American singer Peggy Lee who passed away back in 2002. Todd Haynes is set to direct the project while Michelle Williams will reportedly star as Peggy Lee.

Last year, Eilish took part in an online panel celebrating the life and career of Peggy Lee. 2020 officially marked the centennial of the singer’s birth. Lee was the first female artist to be nominated for Record Of The Year at the first-ever Grammys. Following numerous nominations, she went on to win a Grammy for Best Contemporary Vocal Performance in 1970 among others.

Fever would mark Eilish’s first credit as executive producer on a major motion picture. Currently, Eilish has experience both directing and producing several of her own music videos including “Therefore I Am” which debuted in November.

Back in January, Eilish seemingly confirmed how many songs are on her forthcoming sophomore album. Although a release date for the LP is still unknown, Eilish hinted that her next musical era is starting following the release of her documentary on Feb. 26.

So far, Eilish has unveiled a few previews into her next album. Back in July, she debuted her emotional single “my future” along with an animated video. Then, in November, she treated fans to her carefree video for “Therefore I Am.” More recently, she dropped her highly-anticipated collaboration with Rosalía “Lo Vas A Olvidar” which premiered during a new episode of Euphoria. The tracks follow up 2019’s “everything i wanted” as well as her James Bond theme “No Time To Die.”

Outside of her music, Eilish has been candid about her rise to fame over the years. Last month, she shared why her loved ones cared more about that photo of her in a tank top than she did. As well, she also explained what she misses most about mosh pits as the pandemic continues to postpone and cancel festivals and concerts this year.

What are your reactions to Billie Eilish possibly executive producing Fever? Let us know in the comments below.