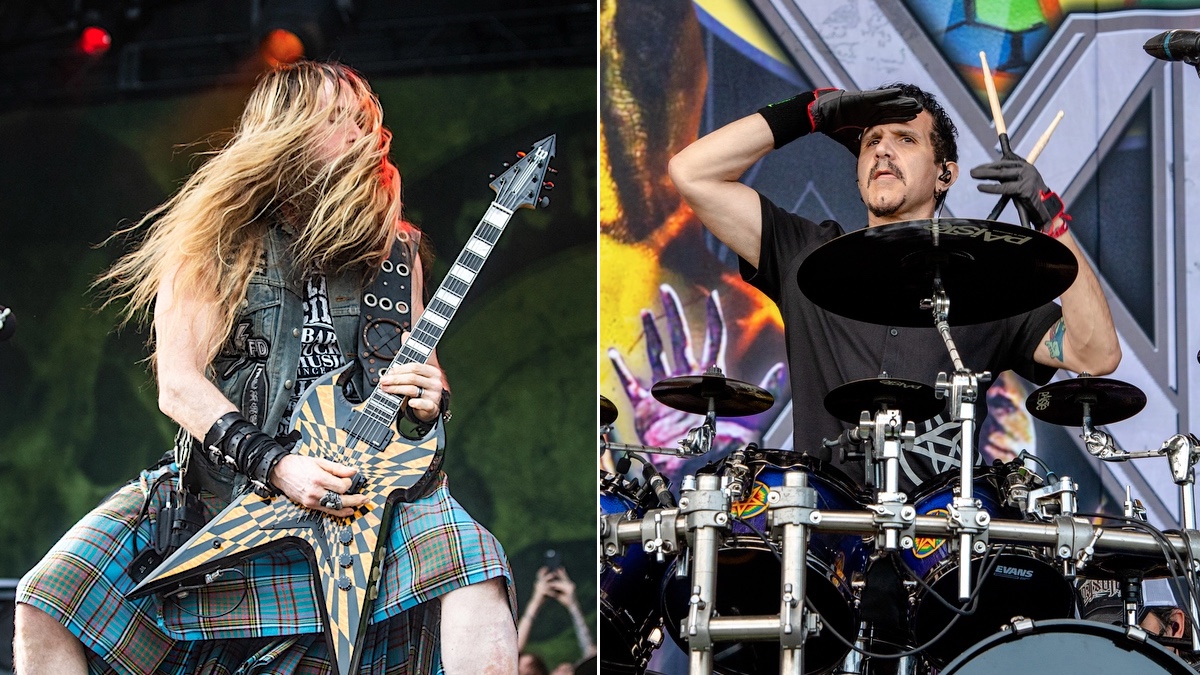 Zakk Wylde and Charlie Benante have opened up about the highly anticipated Pantera reunion tour in a new interview.

Speaking with SiriusXM’s Eddie Trunk, the guitarist and drummer discussed their aspirations for the shows and the legacy of the late brothers Dimebag Darrell and Vinnie Paul. In fact, initial discussions took place prior to Vinnie’s passing in 2018.

“It’s gonna be awesome…,” Wylde said (as transcribed by Blabbermouth). “When Vinnie was still with us, it was always rolling around that, ‘Zakk, would you honor Dime and all of us get together and do this thing?’ And I said, ‘Fellows, whenever you wanna do this thing, I’ll be over here waiting in the dugout and in the bullpen. And just call me when you need me and I’ll learn everything and we’ll go do this.’”

“Throughout the years, there’s always been rumblings about it, so it wasn’t until, obviously, now… I was speaking on the phone with Phil — we might have been all on a group call — but Phil was just, like, ‘Zakk, would you honor Dime and would you play?’ And I said, ‘Yeah, Phil. Of course. I’ve always said I would. … If you guys wanna go do it, then let’s do it.’”

Both Wylde and Benante expressed the desire to keep the performances as true to the original Pantera as possible. After all, Wylde has first-hand experience with learning another guitarist’s parts from his years in Ozzy Osbourne’s band. Benante, on the other hand, became the de-facto drummer for remote bedroom covers throughout the pandemic, proving his affinity for learning songs.

“Obviously I’ve gotta learn [Randy] Rhoads’ stuff and I’ve gotta learn Jake’s [E. Lee] stuff [when I play with Ozzy], and when I was doing the [Black] Sabbath stuff, you learn it and do it as faithful as you can,” Wylde said. “Charlie’s gotta learn all of Vinnie’s parts. You approach it as if you’re in a cover band.”

Benante agreed: “I can’t go do this as the drummer from Anthrax because it would be a different sound completely. So the way I’m gonna do that is if you close your eyes, it’s gonna sound like it’s Vinnie, basically. And that’s how it’s gonna be… The sound is gonna sound exactly like him.”

The drummer also revealed Anselmo first approached him about the Pantera tour last December, but that he initially didn’t take it that seriously. I was talking to Philip, and then he just mentioned this,” recalled Benante. “And I said, ‘Oh, yeah, sure. Whatever.’ And then it became real about January [or] February.”

When asked if he knew when the first reunion show would take place, Benante replied in the negative; however, the initial report stated that the tour would occur sometime in 2023.