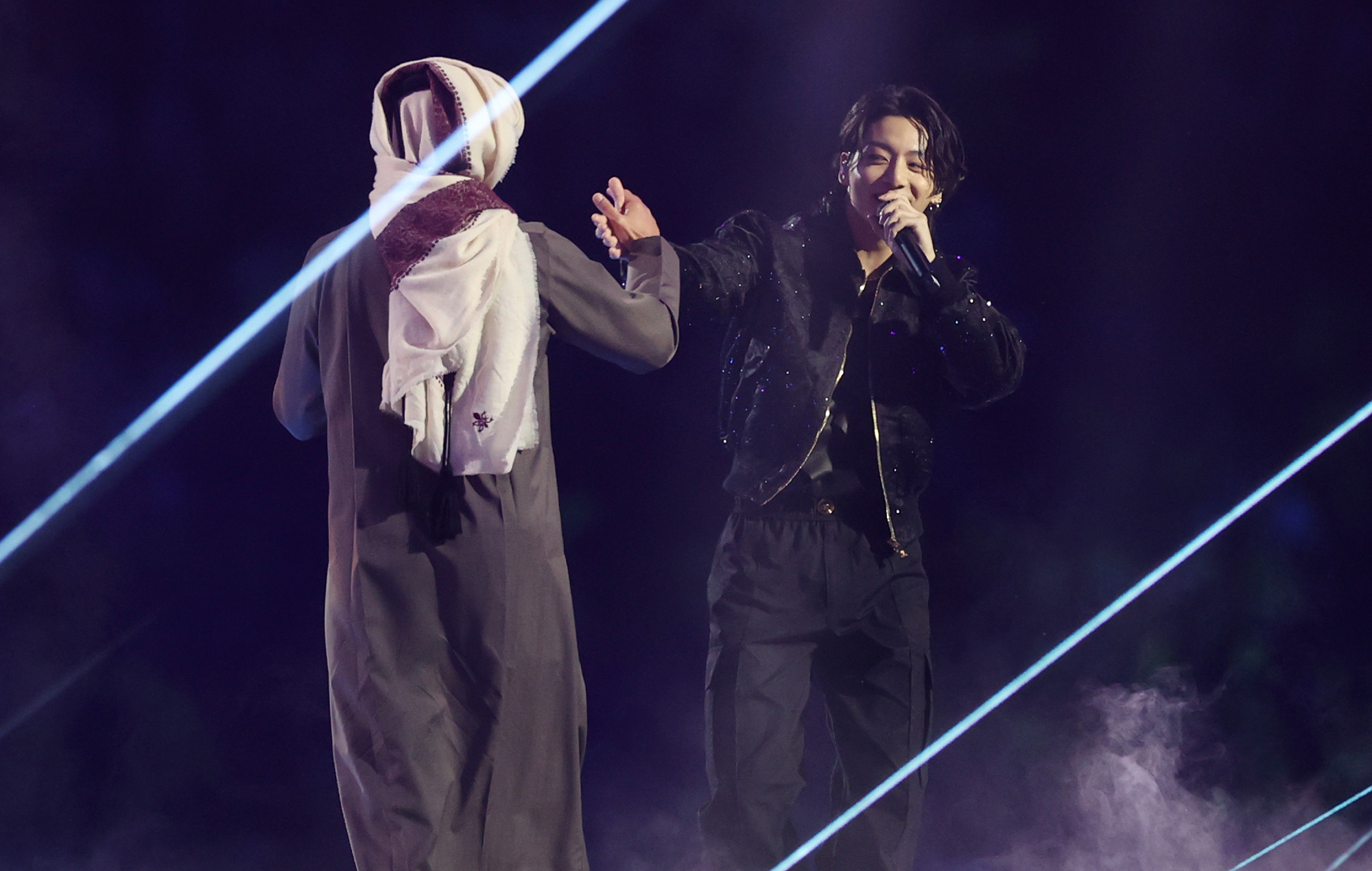 Yesterday (November 20) saw BTS member Jungkook perform at the opening ceremony for the 2022 FIFA World Cup, where he sung his new single ‘Dreamers’ – which also appears on the soundtrack for this year’s tournament – for the first time in concert.

Jungkook’s involvement in the event was announced earlier this month, while the single itself was released simultaneously with his performance.

Yesterday’s ceremony marked the first day of the World Cup tournament, which this year is being held in and around the Qatari capital of Doha. It went ahead amid widespread criticism aimed at FIFA and the event’s performers; there is controversy surrounding the death of migrant workers that helped build the stadiums used for the Cup, as well as Qatar’s views on homosexuality (which is illegal in the country).

For his performance, Jungkook, clad in a shimming black jacket, sung from atop a tiered platform while some three dozen dancers – all wearing masks and silver jumpsuits with red stripes – performed a synchronised routine. He was also joined by Qatari singer Fahad Al-Kubaisi.

Have a look at the performance below, then listen to the studio version of ‘Dreamers’:

‘Dreamers’ follows on from the release of his joint single with Charlie Puth, ‘Left And Right’, which arrived back in June.

Also appearing at the Qatar World Cup ceremony was Morgan Freeman, who was heavily criticised for his involvement shortly thereafter. Robbie Williams will perform at the Cup on December 8; he responded to those criticising his involvement by calling them hypocritical: “Anybody leaving messages saying ‘no to Qatar’ are doing so on Chinese technology,” he said in a recent interview.

Meanwhile, Lil Baby also appears on the tournament’s soundtrack with his Tears For Fears-sampling anthem ‘The World Is Yours To Take’.

Earlier this month, Joe Lycett protested David Beckham’s involvement in the Cup by throwing £10,000 into a tree shredder, while Rod Stewart revealed that he turned down an offer of £1million to perform at the event because “it’s not right”, and Dua Lipa was forced to publicly dispel rumours that she’d be involved with the event in some capacity. Robert Smith also shot down similar rumours, joking that he was upset to “disappoint” The Cure fans.