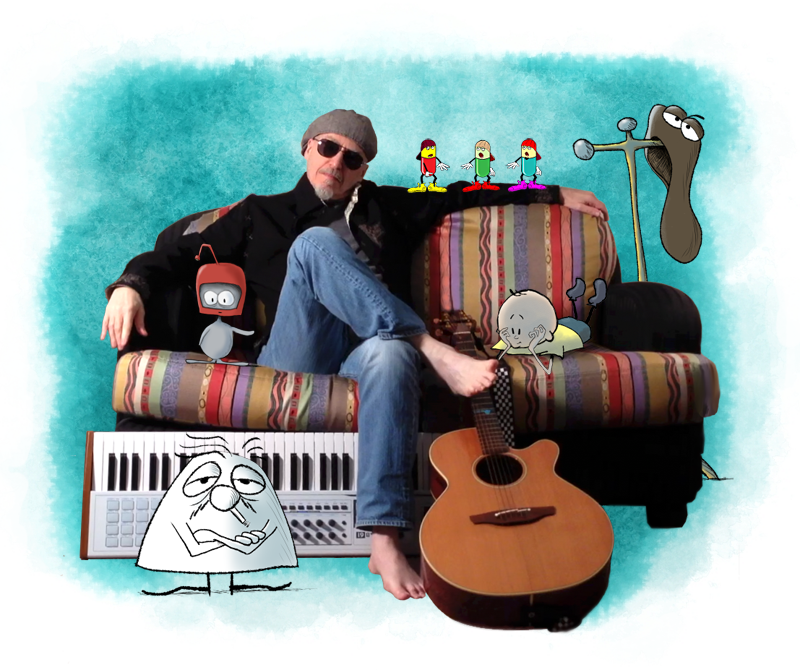 In the past year, there’s been too many insular singer/songwriter works to keep up with, spanning soft rock material to melodic hip-hop to more straightforward and familiar acoustic ground, but if there’s one player worth keeping an eye on among soloists in the underground right now, it should be Neal Fox, no questions asked. Fox’s tenth studio album Unhinged arrives in stores and streaming online this October, and where others have decided to broaden the walls around a specific emotional narrative in their work – largely as influenced by cultural shits post-2020 – this is a singer/songwriter looking outward and cultivating a commentarial piece that doesn’t divide so much as it unites. There are some searing moments between the melodies in “Truth Matters” and “That Rabbit Hole,” but overall this is one of the warmer efforts I’ve listened to this month.

Never does Neal Fox sound boxed into a concept here; instead, he spends a lot of time jumping between aesthetics with stunning ease. “My Special Girl” and “Fishy” might have been cut from the same melodic cloth, but their cosmetics couldn’t be any more different. There aren’t any pulsating textures uniting the physical points in “After the Great Reset” and “Insanity Was Throwing a Party,” and yet they feel equally indebted to an uptick in muscular pop music that you wouldn’t have known about if you were listening to mainstream content exclusively. The framing is absolutely consistent, but it’s nice that we aren’t getting the same design worked into ten different songs just to fill out an LP’s tracklist here.

“The Good in Us,” “My Special Girl,” and “You Have the Right” have romantic qualities in their poetic content that feel comforting even when the demeanor Fox is delivering them with is a little sharper than one might assume it would be, and this is a credit to the kind of dynamic composer we’re dealing with in this record. He’s never writing a song so much as he’s building an emotional storyboard through tone, rhythm, and rhyme exclusively. There’s experimentation to the way Unhinged comes together and can be broken apart into individual songs at the same time, and it’s something that I don’t visualize Neal Fox being in possession of without having spent the kind of time he has in the shadows of the mainstream beat.

I really feel like I should have been keeping up with the works of Neal Fox a little closer ahead of this record’s release than I was, but I’ve nevertheless decided to keep Neal Fox on my radar for the foreseeable future. He’s been around but doesn’t sound jaded about what he’s making in the studio at all – if anything, he’s recharged in these performances and playing like a lot of his peers just can’t anymore. It’s a good time to be into pop music for a lot of reasons, but all of them exist on the back of artists like this one at the moment. The indie player is defining the future of this genre, and you can’t listen to an album like Unhinged and not believe that.