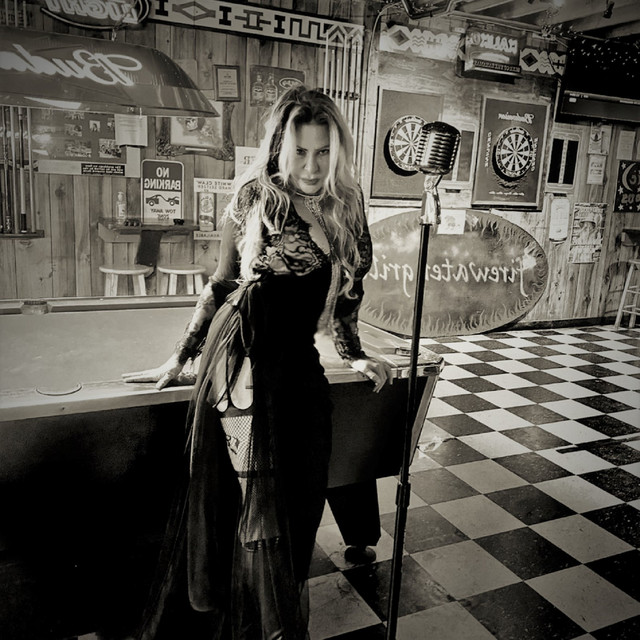 Sandy T’s new single “Fall 4 You” starts with a deceptive clandestine tone that soon develops into something much more aggressive and forward-focused than the first few bars of this song would leave us believing it could. There’s a dark pessimism behind the angst in this groove, but it’s not much of a challenge to the tempting Sandy T, whose vocal is the absolute star of the show even in this track’s infancy. Between the beat and the harmony, she’s the true facilitator of catharsis in “Fall 4 You,” and she’s particularly selective about where she allows for a release in this arrangement. Tension is the order of the day, and she’s serving it up like there’s no tomorrow here.

Our singer’s lead vocal has always been one of the more searing in her class, and in this sense, her latest single is certainly no different than any other she’s shared with the world since first making her debut so many years ago. Where “Fall 4 You” is different than its predecessors is its aesthetical hybridity, which melds the urgency of funk with the removed hesitance of something a bit closer to R&B and old-fashioned pop music. Sandy T has never been much for formulaic songcraft, but relative to the other material she’s put out in the past ten years or so, I think this is one of them ore rigidly constructed works that this artist has stamped her name on – let alone made love to behind the mic.

The chorus here is a little subtler than it needs to be, but that doesn’t stop this singer from giving it the kind of theatrical treatment that someone of her great talent is always capable of unleashing. She’s not being overly conservative with the fireworks in this piece, but there’s no calling Sandy T over the top in “Fall 4 You;” her self-control is inarguably as big a factor in how we interpret the narrative of this song as any one of the verses would be on their own. Using the production style and even the mechanics of a performance to get your point across is the way pros have been making pop for the better part of a century, and here, the legacy of the old guard lives on with the vitality of a youthful generation of listeners in mind.

If you’re only just now finding out about the music of Sandy T, there’s no excuse not to give her new single “Fall 4 You” a listen as March gets into full swing. This has been a hit and miss year for much of the pop community, and on the indie side of the table, I think that what Sandy T is presenting herself as artistically stands as one of the bolder and more intriguing looks of any to have come to my attention as a critic or fan all year long. “Fall 4 You” does everything its title would suggest it could, and it’s quite the embracive performance for newcomers to the Sandy T sound.

The music of Sandy T has been heard all over the world in partnership with the radio plugging services offered by Musik and Film Radio Promotions Division.  Learn more https://musikandfilm.com