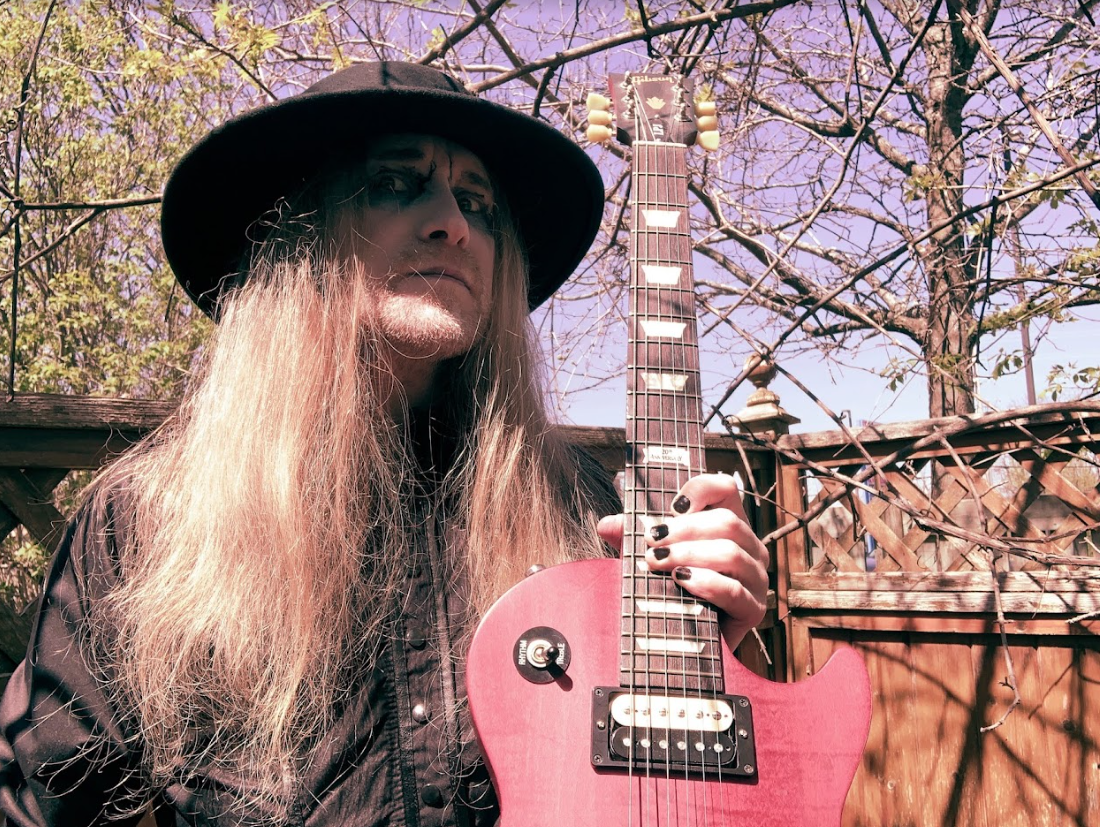 I’m often referred to ask a guitarist, which makes sense – I love the guitar, and it’s my first weapon of choice, but I think I’m more of a songwriter first. I try to create relatable compositions that anyone who loves music can enjoy. I hope people feel something positive when they hear my music.

What is the best artistic advice you’ve been given?

Probably the best advice is that I don’t need anyone’s permission to create. I think that’s a great piece of advice that I would pass along to every single person alive. Create music, art, clothes, stories, hairstyles… absolutely anything that calls to you. You don’t need to do it for a living, you can just do it because it is fulfilling to you, and nobody has any right to tell you otherwise.

I was seven years old and got my first Alice Cooper and Kiss records. From that point on, I could not get enough music. Some things never change!

Hey, I’m sensing a theme here! After all these years, I have never seen a lackluster Alice Cooper show. He always has a killer band, great songs, and a fantastic stage show.

Is there a song on your latest CD release here that stands out as your personal favorite, and why?

“Broken Glass and Disappointment” comes to mind immediately. It’s not necessarily an instant “single” type of song – but there is so much quirky and darkly whimsical stuff going on, I knew it was going to be a favorite of mine as I was recording it.

Part of evolving as an artist is actually evolving as a person. Some of the experiences that I brought to this new album come from being totally overwhelmed, taking on way too many challenges and responsibilities at once. That behavior is in my nature, so what I’ve learned is the importance of better organizing myself and focusing on my priorities, at a realistic pace. I’ll let you know how that goes, haha! I’m also working on becoming a better performer – since this is a solo project with my name on it. I’ve played a few live shows with my band, and I realized that I am actually the front man! After a lifetime of being the guy on the side of the stage, I’m learning to step up and become a confident entertainer.

Wow… I am such a huge fan of music. Obviously Alice Cooper – I would LOVE to co-write a song. Hey, it COULD happen. If Bob Ezrin reads this, give me a call! I also wish I could have just met Prince, but having dinner, a conversation… Prince would have been THE guy.

More shows, and another music video coming up in January for a song called “Slow Dancing with Death”. I’m working on music for other artists right now too, and a very special 2023 for my own music releases too! Be sure too subscribe to my website mailing list and my YouTube channel so you don’t miss anything, and I really do appreciate the support!