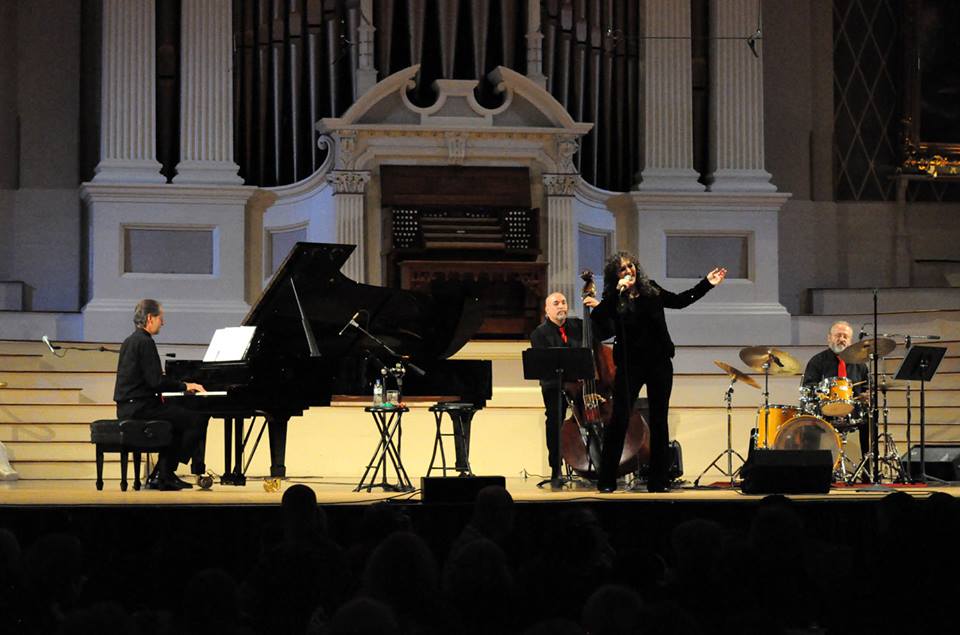 “Hug a Million Times (A Million Hugs)” is the latest release from award-winning songwriter Krisanthi Pappas, most known for her work on various TV series like “Once Upon a Time”, “Parenthood”, “Passions” and “Californication” and she certainly takes that jingle-stuck-in-your-head sound and easily places it in this song that oozes so much personality and warmth. Kicking off with a steady piano beat not too dissimilar to something you’d hear in something like “New Girl” or even “A Chorus Line”, Pappas quickly cuts to the bone of what the song is about. She can’t wait to be around the people she’s missed.

“Playing the waiting game,” she says at one point that for me at least, perfectly sums up what the last year has been for me and I’m sure countless others. This isn’t just meant to be some kind of throwaway track for people to go “Oh yeah, that is what it felt like”, it’s genuinely a great song in its own right. In a lot of ways, it harkens back to a style of songwriting that’s very meat and potatoes but is strengthened by the personality of the performer in addition to the production which is just staggeringly impressive here. I’m not certain if it was Pappas herself that did the mixing and mastering, but it perfectly highlights her voice in juxtaposition to the incredible jaunty keys that are non-stop in the single.

I would say that maybe my only issue with the track is that it might to some at least, lack a certain level of depth, but it’s that universal quality to it that I think will make it instantly easily accessible and also help familiarize those who are unaware of Pappas with her signature catchy rhythms and winning personality. It’s not a fluke that she’s opened for major acts like REO Speedwagon, Sherly Crow, and plenty of other heavy hitters. She’s clearly earned a place at that table. The song chugs along at a perfect pace, never outstaying its welcome, but not compromising its quality in an attempt to just speed through it. A track like this in theory could have existed as a two-minute interlude, but by extending it and placing a fantastic emphasis on the finale, its impact is undoubtedly felt. Pappas is an effortless vocalist who in tandem with her piano work kind of has a feeling of a female Randy Newman (if I had to be so reductive, it’s clear she has her own distinct musical identity).

Pappas cites that once she envisioned being in the same space in person with her loved ones, she sat at her piano and the song just flooded out of her and you can easily tell. It’s the kind of song that feels like it can be shot out of a seasoned veteran, but it never feels like a waste or phoned in. We could all use some tenderness after this tumultuous time we’ve all be dealing with, and I think Pappas has wrapped us in a musical embrace we don’t wanna wriggle out of.