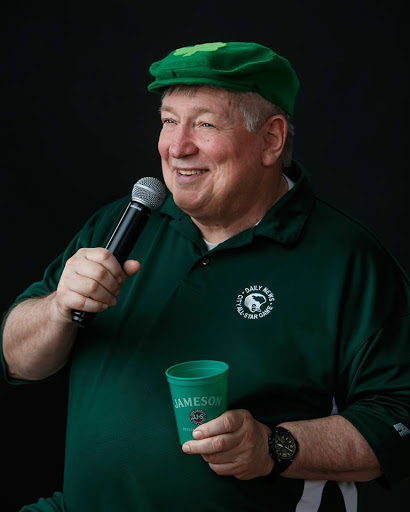 Hughie Mac loves music, and he wants you to love music too, more specifically his music. With his album “Hughie Mac Sings Some Great Songs, Pt.4” he certainly makes a compelling argument as to why you should. With a laid-back crooners sensibility and an eclectic array of classics at his helm, he turns what could have been a worn-out trick at this point and imbues it with so much passion, it’s hard not to get sucked up into what he’s selling.

Since 2016 he’s been releasing these compilation albums, and it makes you wonder what the recording process is since there’s so much work on display, it’s a wonder the man isn’t just exhausted. I think part of how he makes it so effortless is just how pure his appreciation and affection for what he does is.

Admittedly, since he’s been producing so much it would be a nice change of pace to maybe see him team up with a songwriter who can tap into Mac’s specific old-school sensibilities since I couldn’t really foresee Mac doing anything really too contemporary given the current musical climate. I don’t know how effective this will be at converting a younger audience into fans of these songs or Mac unless they’re the music-loving “I’ll take on anything” type. Mac covers it all from Glenn Campbell to Sinatra and each with charming energy that really makes you want to see what this man is capable of on a stage. A Philadephia native, Mac has had an eclectic career path of sorts from working as a P.E. teacher and coach and I can definitely see his story of maybe having a loving if not gruff exterior giving way to true inner artistic passion wanting to bust through.

Mac comes from a lineage of accomplished musicians and no matter at what time in their lives, it’s always inspiring to see someone just unabashedly go for it. He’s also an artist that works with a very distinct sense of self-control. He knows what his voice is capable of at this point in the game, and he doesn’t overextend himself at the risk of his performance or crafting a bad track. I wouldn’t say there’s genuinely a bad track on since it’s all covers, but once again it just leaves me wanting to know more about him via his music. Knowing this man’s output, I could easily foresee us getting Mac albums all the way up to volume 10 and probably beyond that.

Anyone wanting comforting sounds that feel like they come from an old friend should look no further than this release, and I’d also suggest looking at some of his compelling previous work to see his growth. He still resides just a little outside of Philadelphia and I hope as concerts and live music return, our man gets his deserved shot in the spotlight. Mac’s greatest dream currently is to play at Philly’s Wells Fargo Center, and I genuinely think he can do it. Mac is back and on the attack and we should listen.