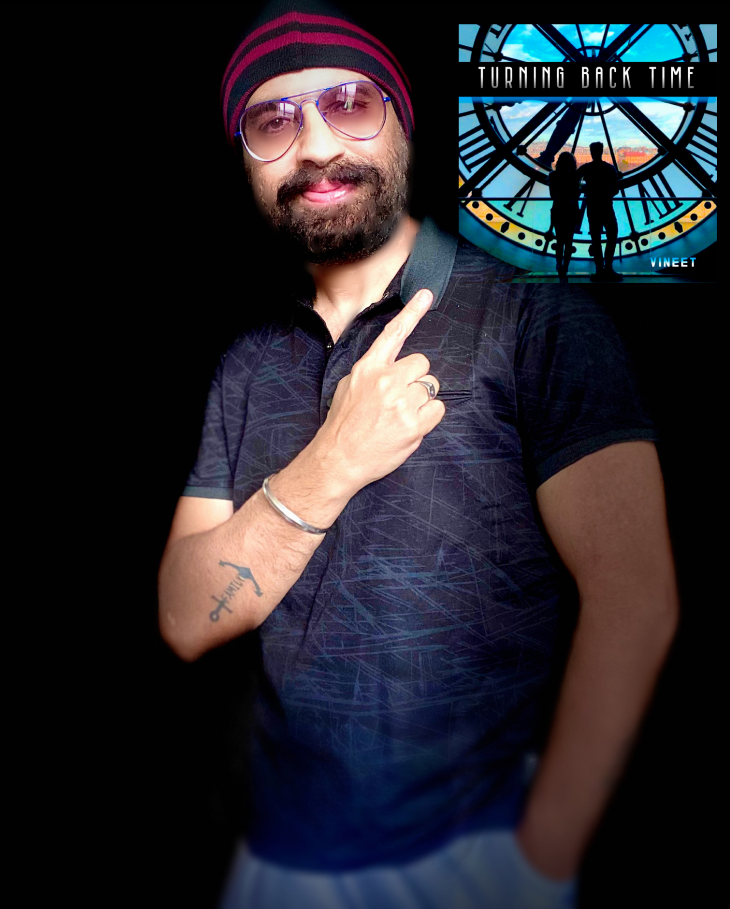 First impressions of Vineet’s latest single “Turning Back Time” will have you checking your calendar to make sure you haven’t given more than an inkling of truth to the song’s title from the insane production throwback the song instantly lobs at your head as it all but literally turns back the clock with its retro composition that feels well at home in the ‘90s and early ‘00s pop world. Summoning the powerful presence of a Cher club anthem with its autotuned vocals and fist-pumping drum machine, “Turning Back Time” is a song stuck in the past in all the best ways, and its obsession with yesterday’s hits only lends more power to the single as it pays homage with its literal title through a slew of stylistic tributes.

Vineet easily bridges the gap between pop anthems of the 1990s and modern music without too much thought as “Turning Back Time” exists in a way to summon nostalgia and happy memories from listeners. The twinkly, sugar-pop instrumental elements of the single harken back to two decades past, but there’s a modern tinge still fully on display with the song’s overall production that will give audiences an even deeper attachment. Vineet’s vocals use autotune as a tactic and not a crutch, which greatly works in the single’s favor as it ultimately feels like another significant layer to add on to the song’s already well-established structure.

“Turning Back Time” gives listeners a dance-worthy smash hit ripe for remixes and added guest verses, as its one rap verse is extremely brief — the impression that Vineet wanted to give more to this verse is evident, with his past work on the hip-hop track “i Pray” fresh in listeners’ minds, but the lack of a full rap break only whets the palate for future segues into the genre. As a pop single, “Turning Back Time” covers all of the bases well and gives listeners something inherently catchy and easy to dance to.

Overall, “Turning Back Time” proves to be an even greater extension of Vineet’s strengths as a songwriter. The ground covered in his past singles not only as a solo artist but as part of his family’s band Avni Vir Vineet showcases the ease at which Vineet can slide into any genre or sound, which is no ordinary feat. This particular pop sound is a strong suit for Vineet’s catchy songwriting and the hope that future singles continue the trend of modern attempts at throwback styles is one worth holding onto as Vineet feels in his element on the track.

“Turning Back Time” will more than energize its audience as it lends itself to a greater sense of accomplishment by provoking listeners to remember the bands and artists it draws its core elements and sounds from; when present-day feels a little dry or hits a little too hard, what’s wrong with cutting loose and giving into some nostalgia-based dance tunes? If you ask Vineet, absolutely nothing — and he’s right. We can all use a little dance session to forgo modern inconveniences, and we can all turn back time, even if it’s just for the song’s three minutes.