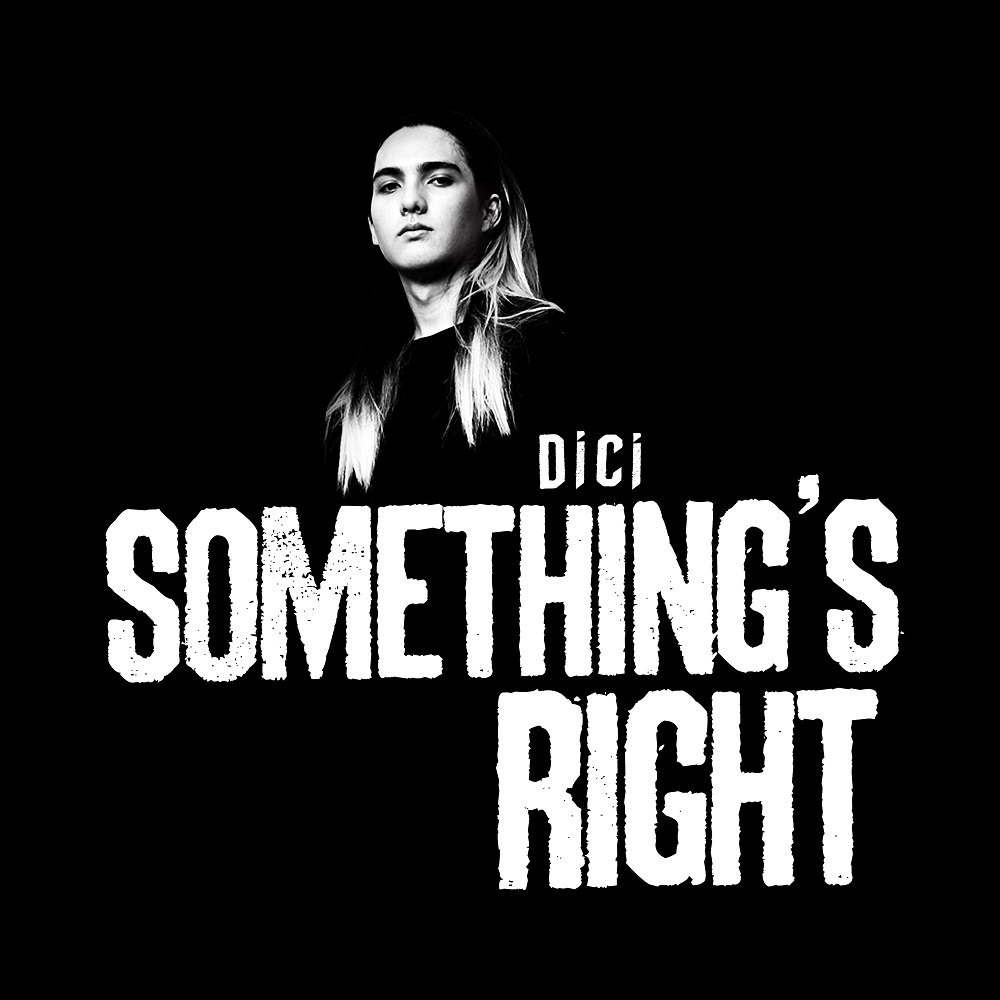 “She loved me I know it / She wasn’t worth it / Thought we could work it / Didn’t deserve it,” croons rapper Dici in “Something’s Right” this summer, and while his words echo an insularity that has become quite commonplace in hip-hop and pop over the past year, the substance of this track isn’t defined by the self-awareness of its creator by any means. Instead, I think that “Something’s Right” is shaped by the ironies of its lyrical lashings, and specifically what they amount to as a narrative when juxtaposed with the other content he’s been recording in 2021. If you’ve been listening to his music, you know he’s got a knack for covering a lot of ground in a short frame of time, and in this sense, his latest release is no different than his first.

What does set this track apart from the other material in his body of work at the moment is the relationship between the beat and the vocal, particularly in how it binds the mood of the instrumentation and the lyrics together so seamlessly. Rather than trying to connect with us via singularities – i.e. a hook, a profound vocal, an inviting rhyme – Dici is exploiting the consistent pulse of the percussion in the background as a means of extending his anxiety-ridden commentary to the audience, thoroughly ensuring that we’re feeling just as much of the tension he is here. It’s clever but not overly physical, the latter being what I usually tend to find in ambitious content of this nature.

Dici is a little hesitant in his delivery here, especially as we get into the midsection of “Something’s Right,” but I think this was on purpose as he wanted to create a bit of vulnerability in the song outside of anything his lyrics would ever suggest on their own. One of my favorite qualities about this artist is his ability to efficiently use every part of a track to get his point across, and for a musician who is so new to the spotlight, his is a skillset that we have to respect for being the unicorn it undeniably is. He’s still got some space to grow as a songwriter, but his delivery really can’t get any more solid than it is in this performance.

If there was talk about whether or not Dici had his own signature sound ahead of “Something’s Right” landing on record store shelves this summer, I doubt they will be as it joins the likes of “Five Rings” on the college radio beat in 2021. There’s no getting around the decadent drawl he brings to the table nor how he makes it work for him at any tempo, and while I do think he could afford to be just a little more invasive with his execution without sounding too over the top for the contemporary pop genre, there’s really nothing about his present formula that I would recommend changing – particularly if international attention is what he’s after here.

NO1-NOAH Shares New Song ‘Bounce’
Joyner Lucas and J. Cole Team Up on ‘Your Heart’
Eddie Vedder Forms New Band for Last-Minute Replacement Set at Ohana Fest
Pitch Perfect Finds New Life On Peacock, But Is The Gang Getting Back Together?
Complex Brackets: Isaiah Rashad Crowns Who Had The Best Third Album