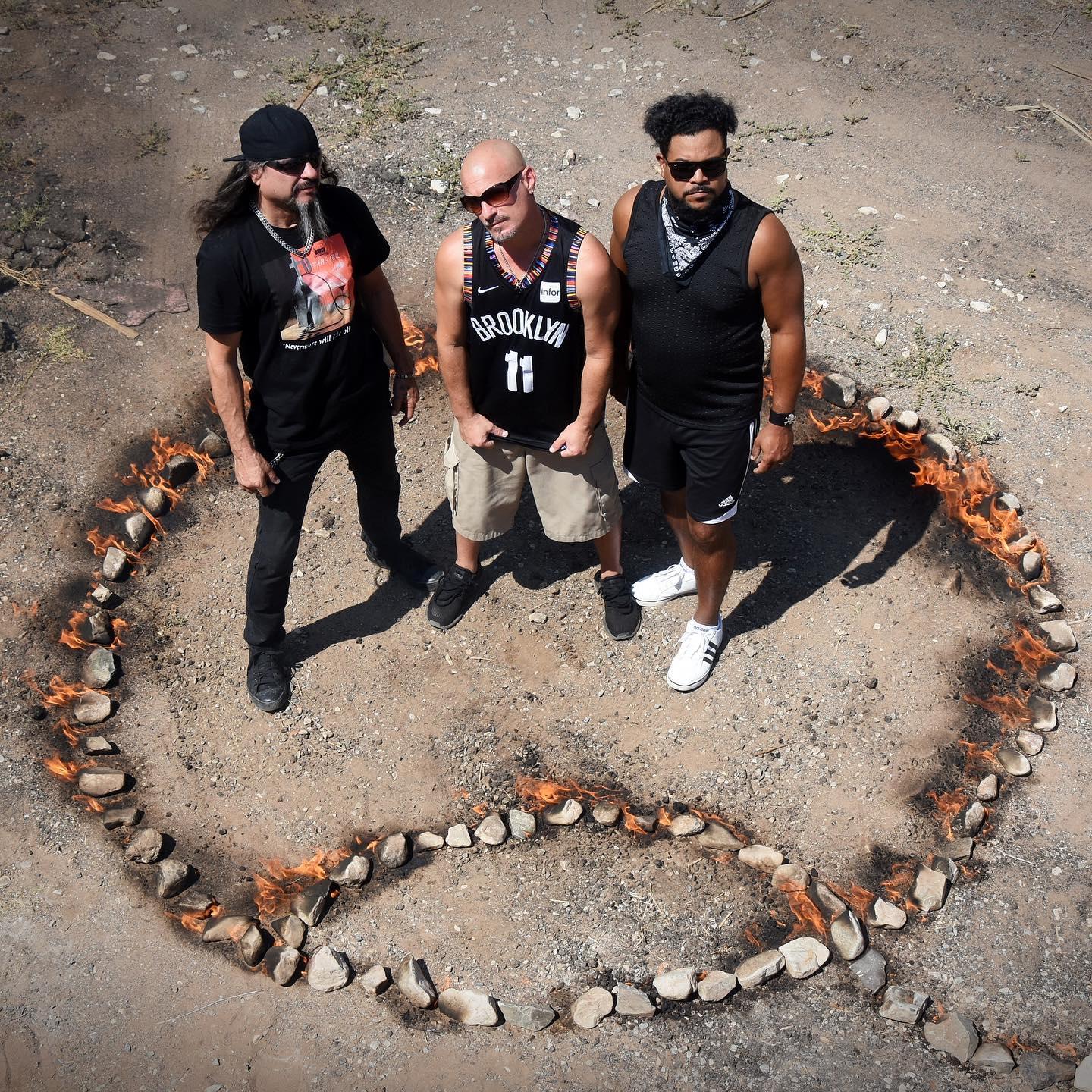 Concept albums, once a relatively common phenomena in popular music, are scant nowadays. Listeners, moreover, associate the form with sprawling theatrically inspired releases and not condensed fare like Little King’s Amuse De Q. Its brevity, however, isn’t unsatisfactory. It’s driven by the deceptive economy of the band’s songwriting, handled by front man and guitarist Ryan Rosoff, rejecting any sort of sideshows in favor of maintaining a clear narrative line and strong fundamentals. There are no sideshows and not a single musical move is ornamental alone. I am willing to wager Rosoff has at least dabbled with writing autobiographical fiction because the collection has that feel and he imposes a near literary aesthetic on Amuse De Q.

“Bombs Away” is an introductory piece but, likewise, a full-throated song capable of standing alone. Little King has many musical “tricks” up their collective sleeves and we hear many over the course of these seven songs but many, including this first cut, feature the band kicking out the proverbial jams. The stop-start arrangement for “Keyboard Warrior” creates ample room for Rosoff to vent his spleen about that obnoxious brand of Internet user many of us know all too well, but he varies the structure in dramatic ways sure to satisfy many listeners. I really enjoy the song’s “lighter” musical sections.

Manny Tejeda’s bass playing reaches its apex during “How Could You?”. The succinct composition and clean sound will connect with listeners and introducing the song with him alone gives it an unique flavor. The song’s second half is even more compelling than the first thanks to the inclusion of punchy strings deepening the track’s impact. Jessica Flores’ guest vocal balances itself well between rage and emotion.

Rosoff takes an unflinching look in the mirror during “Set It Down” and lays out his experiences giving up alcohol. It’s a tentative triumph, yes, but it’s obvious he’s emerged, at least for now, from a horrible conflagration wiser for the journey. The backing vocals underscore key lines and the diverse percussion stands apart from the other tracks. “Melpomene” is an elastic and well-written number. This is a song capable of flourishing in several settings, I’d love to hear an acoustic version, but Rosoff’s electric guitar playing has the needed sensitivity. It’s one of the album’s most lyrical moments.

“Omega Son” is a crushing finale. Little King dials their amplifiers up to 11 for this one and the wall of sound they bring crashing down on listeners’ heads has definite rhyme and reason. It’s close, in spirit, to the title song with its often airy and sweeping structures but Little King cuts deeper here with a harder edge the other songs do not share.

There’s disguised ambition behind this release. It’s nothing less, really, than a brief aural memoir of one man’s year wrestling through the pandemic and modern American life. A sort of human comedy with guitar, bass, and drums. It has progressive traits galore, as well, but you never get any sense of half-baked imitation. This is an important release and deserves a wide audience.