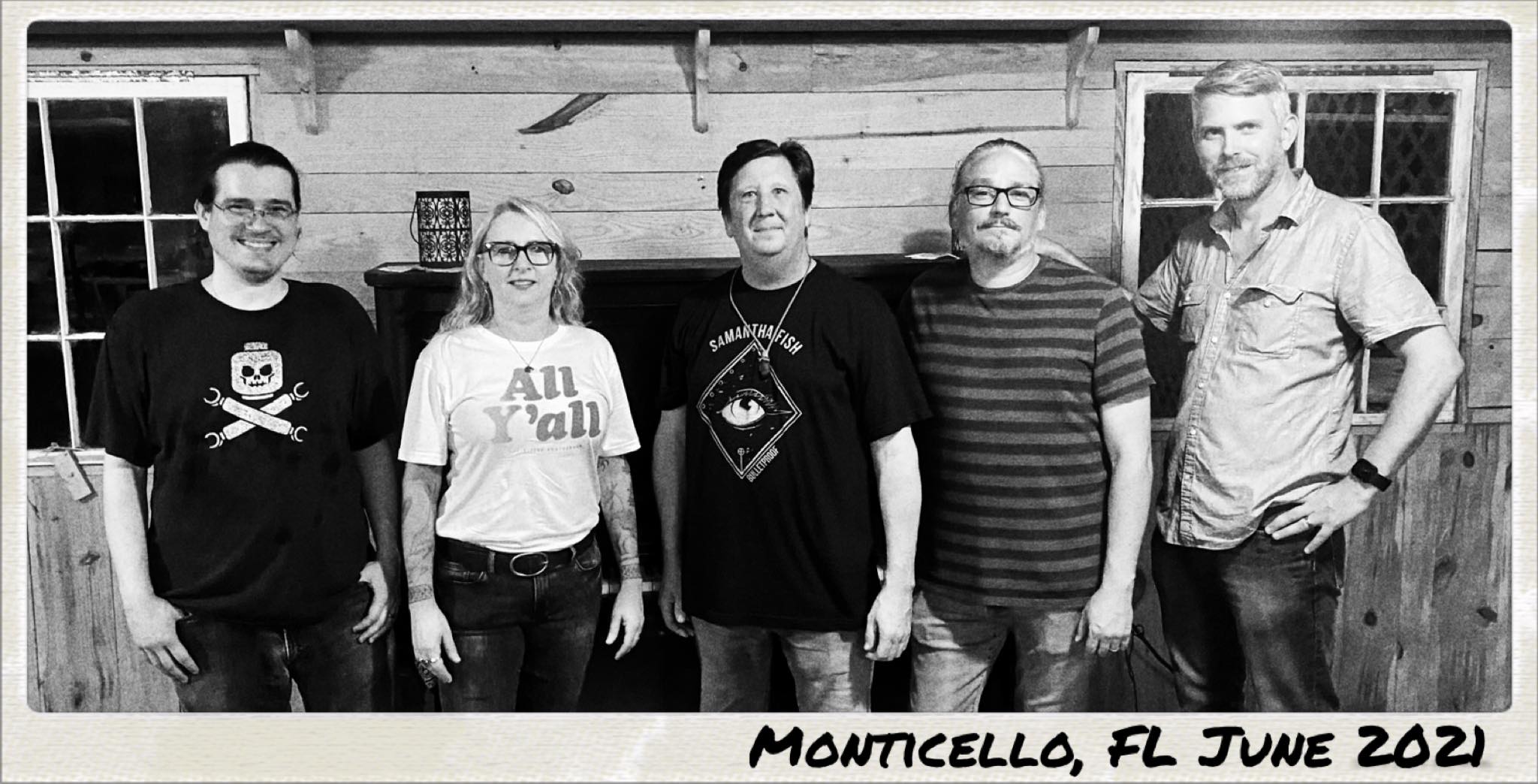 Even The Undertaker – by Once Great Estate, is yet another slice of their excellent Folk in the Americana variety, which also includes the usual musical flavors expressed in their own special way. And that still doesn’t describe what’s really going on with this swampy outfit from the North Florida woods. They’re even self-described as a Cabin Core band, which helps put their one-of-a-kind music into perspective. And the eight tracks all play in succession at the title’s command, which is something you either appreciate about a release or you don’t. But either way it gives you a theme to follow which relates to the title.

The first track is more like an introduction, just as its titles suggests. “Welcome” sets things up and gets you ready for what’s to come, as intro’s do. The best thing about it is it serves its purpose and you’re intrigued for the rest, and any fans reading this would already know, but it also might help to know I agree. Then things get off to the actual start with the titles track “Even The Undertaker,” which is and enormously satisfying piece of work, and you’re either on board or you’re not, which I immediately was.

The uniquely gifted voice of Tracy Horenbein is something of a treat which cannot be denied, as well as the sheer awesomeness of this whole band of Once Great Estate players. The songs just get better as it goes, with the storytelling and super-acoustic sound of “Shelbyville Inn” providing an extreme rush of Americana greatness. By this time the whole collection is peaking and along comes a “Southern Song” to keep it all together with some more dreamy vocals, heartfelt lyrics and hypnotic strings. If any Pop elements can be found, it’s also right here in this brilliant song.

“Battles” is where all the best to be found in the music and words of Once Great Estate is packaged into one accessible track with background vocals added to the mix to round it off with a layered effect. The socio-political aspects of the song are what stand out the most and make you think. But on “Friction,” things get even more melancholy to keep the same mood, but it gets even deeper where Horenbein’s voice and lyrics go, with a beautiful double tracked chorus that won’t quit. The two songs go together so well it’s almost like a two-part story.

“Florida Man” is a fun-loving tune with more of a country vibe to it than most of the folk-heavy Americana to be found on Even The Undertaker. The same narrative approach to the lyrics can be heard all over this song, but the difference is the overall tempo and mood drives more energy out of the whole band as they stretch out and enjoy themselves. The song also rates up there with the best three of the eight, as I was hooked before it was even halfway over. The well-produced collection ends on an acoustic high note with the esoteric “Nebraska” delivering yet another mesmerizing cut with a huge chorus.

Foo Fighters Rock Out on Stage with Giant Mascots During Private Corporate Gig: Watch
Video: Rick Hyde Ft. Skyzoo, Grafh “Slow Eddie”
Lizzo Has a Stack of NDAs Ready for Signatures (INTERVIEW)
Video: Mozzy “Tycoon”
Beyonce Reflects On Turning 40, “I’ve made it to the other side of my sacrifice”