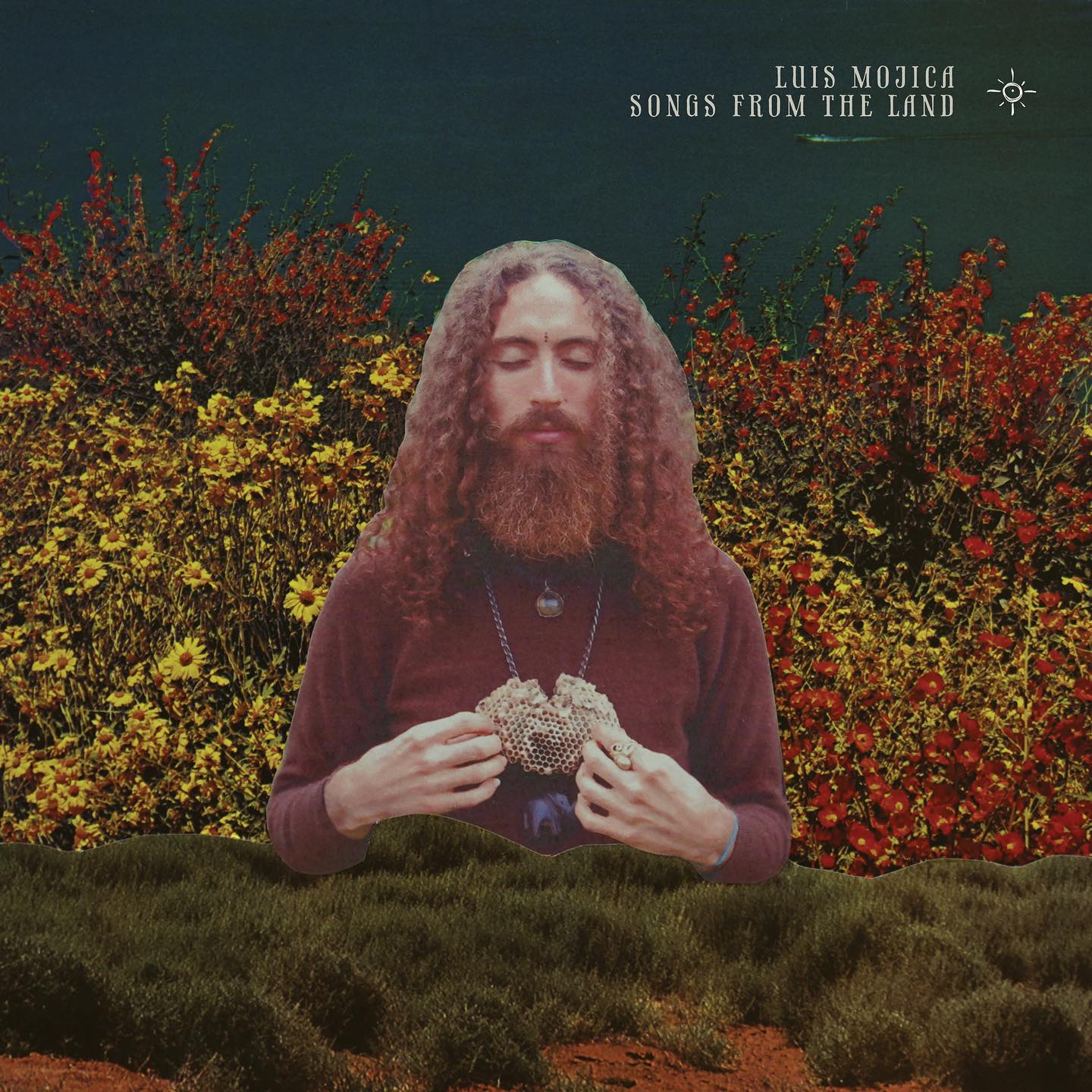 Songs from the Land is Luis Mojica’s third album release following on the heels of the David Baron/Simone Felice produced collection How a Stranger is Made. Mojica’s work marks him as a true iconoclast in a musical world obsessed with surfaces and material success. There is no question Mojica would continue writing songs even if he never spent a second recording them, much releasing them – these aren’t works composed in pursuit of personal glory but, rather, cathartic and heartfelt personal testimonies. His music, likewise, points the way for folk music’s path forward for folk music free from past clichés. It remains as vital as ever.

“Northbound” proves that. The quiet elegance of this opener incorporates spartan but melodic guitar playing. Mojica structures it as a slow build, layering the song lightly as it progresses without it ever boiling over, and the accompanying percussion patiently pushes it towards its conclusion. It never becomes too cluttered however and the lyrics focus on significant detail without ever spelling things out for listeners. He shifts gears with the album’s second song. The minor-key melody powering much of “Colonized” will draw listeners in from the first and some may even detect echoes of the blues resounding through its arrangement. It’s another lyrical strong track; Mojica maintains a spot-on balance between the general and specific that allows listeners to arrive at their own interpretation.

The mixed success of “All In Awe” doesn’t undermine Songs from the Land. It has an ethereal aura glittering from the outset but the decision to retain such a light indistinct touch is an error. It has varied instrumentation working in its favor, but he doesn’t deviate enough from the song’s approach to exploit its full potential. A rare missed opportunity but certainly worthwhile. It is impossible, however, to not admire its lyrical excellence. “Strange Disease” is a, perhaps, unexpected high point. The short track, running a little shy of three minutes, has a cool demeanor and some of the album’s best lyrics. Listeners will be hard-pressed to hear a single extraneous word.

Some of the songs remind me of early Leonard Cohen. The beginning of “White Lies”, in particular, recalls Cohen’s “Stranger Song”. The resemblance, however, is coincidental rather than conscious. The pronounced undercurrent of acoustic guitar percolating throughout the song illustrates why material such as this lingers with listeners while the earlier “All In Awe” is scarcely tethered to earth. Mojica has a penchant for precise and often breathtaking imagery that reaches one of its zeniths with this song.

The lulling blend of traditional classical music with folk guitar filling “Black Magick” has the same shadowy mood as the earlier “Colonized”. Its poetic qualities are even stronger, however than the prior song. The violin acts as a second “vocalist” and there are secondary human voices seamlessly incorporated into “Black Magick”. Songs from the Land is a rewarding effort lacking any sort of filler and rates as Luis Mojica’s best release so far. Moreover, it bodes well for him to continue working at a high level for the foreseeable future.