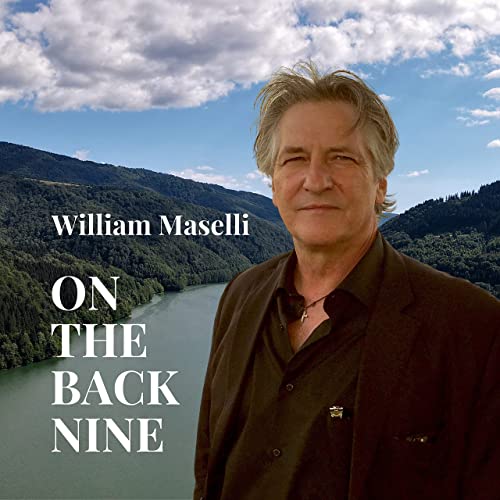 “Feeling Good About Us” is the latest single from talented singer and songwriter William Maselli. It isn’t a name carrying any commercial cachet, at the moment, but that’s poised to change. The new single is part of Maselli’s new album release On the Back Nine and, judged as a preview for that collection, this release is an inviting gem. The New York born and Maine based singer has an extensive background, his passion for opera has defined much of his musical life. He has an abiding interest, however, in applying his talents to pop songs. It isn’t the sort of two and a half minutes or close confection with lifeless and by the numbers pre-programmed backing. Maselli, instead, imposes the vibrant yet flawless discipline of a classical performer on the piece.

It doesn’t mean there’s a lack of emotion, however. Maselli lights up the words for “Feeling Good About Us” with a glazed-over yet fully articulated happiness. His voice is strong and the tone confident. He never slips into stridency, however, and instead coaxes each line out with comfortable and charismatic phrasing. I believe Maselli’s long experience as a singer brings an extra dimension to this track that elevates already fine material to another level. He inspires confidence in the listener to transport them wherever he likes.

I never get the feeling that Maselli is moonlighting with pop music. He has a clear awareness of his strengths and “Feeling Good About Us” accentuates them without ever putting the sole focus of the song on the singer. It is balanced across the board, the clear product of someone serious about recording durable material that inspires listeners to keep coming back for more. He throws his full commitment behind the song, there are no half measures, and it draws you into its web.

The video for the song is a perfect accessory. It doesn’t make any real individual statement but enhances the release with its visual representations of the song lyrics and mood. It is a lyric video, a popular staple of the form, and it helps listeners gain a better understanding of its underlying emotions without ever seeming too cliched.

The care taken with this track is obvious. Maselli handled production duties himself and this isn’t always the best move as some artists benefit from having an additional voice in a decision making capacity. Maselli, however, shapes “Feeling Good About Us” into a fulfilling listening experience and I can’t hear any “holes” in the performance. It should translate well into live performance should opportunities arise.

A brief perusal of the album’s track list gives interested listeners an idea of its direction. Maselli mines his own past with originals such as “The Dream”, “Oblivion”, and “Venetian Lament”, but likewise chooses five star classics for covers such as Bob Dylan’s “Make You Feel My Love” and Ray Davies’ “Tell Me Now”. This isn’t let’s party and have a good time music. It’s entertaining, inspiring, but also built to last. “Feeling Good About Us” will leave you feeling good about William Maselli’s music.