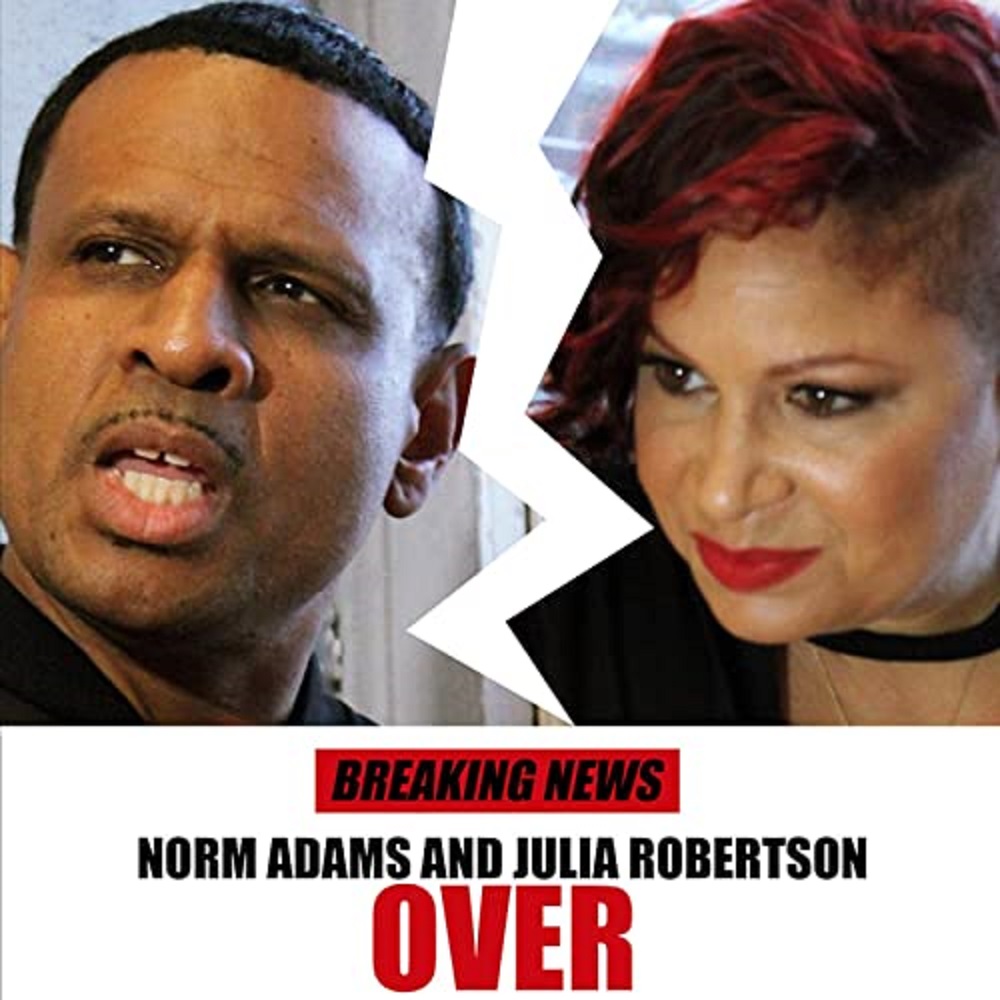 There’s a beauty to endings that doesn’t get discussed enough, or even properly portrayed in the media. Yes, endings are somewhat inherently sad, but the emotional depth and beauty that can be unpacked from the emotion is seemingly limitless, but often unexplored. “Over” the latest single from R&B soulful duo Norm Adams and Julia Robertson uses it’s simple premise as a canvas to paint across with both pain and beauty, backed by an incredible accompanying instrumental and some wonderfully laced backing vocals from the phenomenal Jacci McGhee and Tisha Hunter.

I hope this single acts as an exciting lead in to future releases from this group since prior to this the last time we saw a release from Adams was in 2019. The chemistry between all forces is astonishing as things kick off with a riveting assortment of instruments crashing into each other. The lyrics are very straight forward with lines like “Between me and you, this is not like we planned, can we make it like it used to be”, but what the lyrics lack with metaphor it’s more apparent in the way its sounds are utilized to reinforce its narrative. It’s an engaging story told with plenty of soul, and Adams acts as a comforting and warm source, even when we don’t entirely know who’s at fault in this falling out. “I don’t wanna go through another sleepless night” is said, and it doesn’t come with the baggage of “I messed up, take me back”, more so “I don’t know how to live without you.”. In lesser hands it could have come across as incredibly melodramatic and off putting, but here it works incredibly well.

“Tell me is there anything we can do to try and make it right” carries so much power and the escalation that the instrumental backs with immense ease. As someone who’s gone through two breakups in the last year, it’s refreshing to hear something so nuanced tackle something that could have been a faux empowering breakup anthem. The singing is a true performance akin to something almost theatrical. The way Robertson slowly creeps into the track is almost haunting, like the voice of someone trying to get a word in. A song that could have just been a 4 minute throw away song is truly one of the musical highlights of the year. A lot of music can feel like a young person’s game, and I want there to be more mature spotlights into emotions that never grow tired even as we get older.

When the song reaches its conclusion and the line “Is it really over” is said, it almost had a dual meaning for me as a listener, because I was so enveloped in the world created by the song that I actually said out loud “Is it really over?”. I suggest listening to it multiple times uninterrupted for maximum impact and while you’re at it, dig into Adams’ previous work. There’s plenty to love even in a song built on pain. “Over” is on most popular streaming platforms.

The music of Norm Adams and Julia Robertson has been heard all over the world in partnership with the radio plugging services offered by Musik and Film Radio Promotions Division.  Learn more https://musikandfilm.com