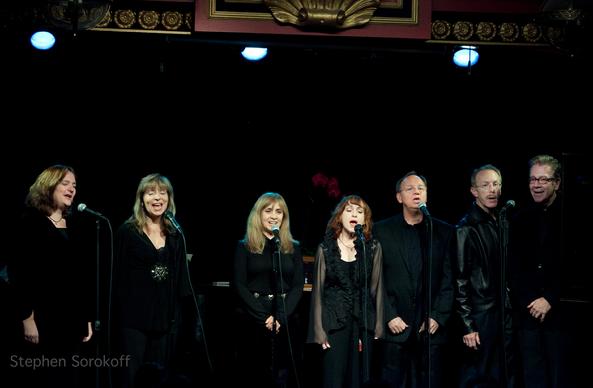 Just when I was starting to get tired of the annual Christmas album, A cappella group “The Accidentals” headed up by Margaret Dorn arrives to truly deliver a gift in the form of their latest holiday record “A cappella Holiday Classics”. For a brief moment in the late 2010’s it seemed like A cappella was having a bit of a resurgence among the general audience.

Shows like “Glee” which even had its own Holiday album, to hit films like the “Pitch Perfect” series showcasing to younger audiences the work and camaraderie that goes into crafting a musical unit. For myself, truthfully, I never really got into it. Not to dismiss the quality, in fact far from it, I think A cappella is an incredibly important musical mainstay, and The Accidentals have been doing this for nearly three decades and for good reason. One of the strongest elements of the album is that it both mixes quantity with quality. The record clocks in at over 30 tracks and while on paper that might sound exhausting, they’ve actually taken a smart route by condensing the songs to ultimately one verse versions and not drawing them out.

Their version of “Carol of the Bells”, one of the all-time great Christmas songs and choral arrangements in general is only a minute and nineteen seconds, however thanks to sheer density of the players all working together, it never feels rushed. On a vocal level there’s a meticulous attention to detail on tracks like opener “Angels We Have Heard on High” with the voices weaving so excellently together that it’s almost other worldly. It’s an album I can definitely praise more on a technical level more than anything since if you’ve heard these songs before, it’s not exactly bound to be a mind blowing experience, but for music purists and those looking to Segway into A cappella as an interest, I can’t just recommend this album, but the entire discography of Margaret Dorn and The Accidentals in general. Something to note however is that towards the end, there are two tracks that actually utilize a backing instrumental and if only because of everything prior, hearing them (“The Gift” with its heavy synth sounds, and “The Last 12 Days of the World” which sounds like an almost jazzy interpretation) is a genuine surprise and are so expertly done, it makes me want to hear an entire album that features a backing band.

With the Holidays quickly rounding the corner, you’ll easily get excited and in the mood with renditions of “O Come, All Ye Faithful”, a playful version of “Frosty the Snowman” that feels so timeless it’s like it stepped out of the 1950s, “O Tannenbaum” and my personal favorite regardless of iteration “Have Yourself a Merry Little Christmas”. With the gluttony of Christmas albums out there, you might ask yourself what makes this one so special, and much like a child staying up late to hear the sounds of reindeer, something this wonderful must be seen to be believed. A Christmas miracle if I’ve ever heard one.