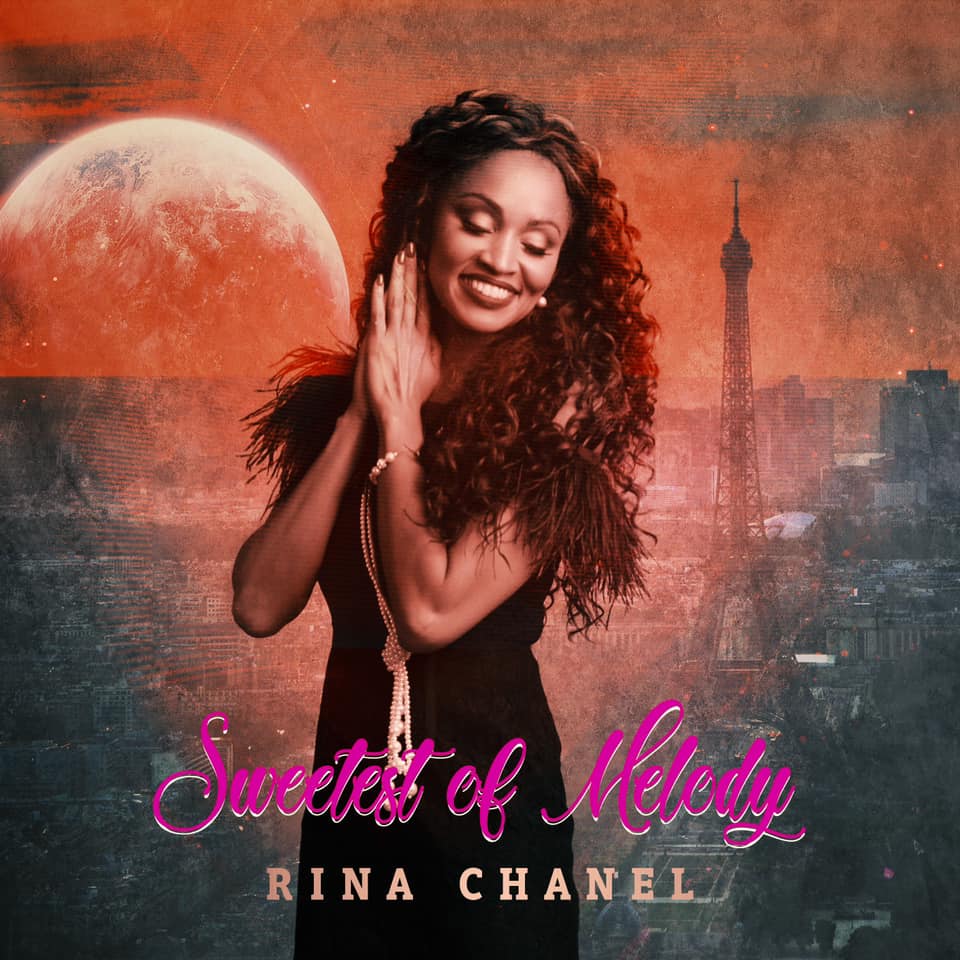 “Sweetest Of Melody “ is the forthcoming single by R&B singer, Rina Chanel. The single is from her debut EP, simply titled, Rina. Originally from the Virginia Beach, Virginia area, Rina Chanel has already amassed an array of accolades and achievements. She attended Radford University on a voice scholarship, and also spent time in Norfolk, at The Governor’s School For Arts. Presumably, Rina sounds exactly like the classically trained vocalist, you would expect her to.

There were lovers/near and far/but no one ever mattered/before you/you’re my shining star. “Sweetest Of Melody,” features Senghor Robinson as guest vocalist, who essentially fills the role of Rina’s romantic interest. The two share an aerial and formulaic musical rapport. The chemistry between Chanel and Robinson, likely gives songwriters, Syrina White and Benny Pearce, exactly what they were looking for with the piece. Not to discredit, Chanel, as she provides her own vocal arrangements for the track.

“Sweetest Of Melody” is an expression of sentiment and romance, with emphasis on the latter. There’s a whimsical aspect to it, but it’s a mostly refreshing piece, that feels genuine and well meaning. Chanel has a likeability factor that comes through the speakers, and she exudes class. She resists the urge to really belt it out on the track, and instead finds complimentary middle ground with Robinson. Robinson provides a soulful lower register, that comes across like a detailed extension of his character in the song.

Musically, “Sweetest Of Melody” is appropriately steered by piano, but the percussion also shines. Though it’s a simple shuffle, played throughout, it’s done so with such grace and delicacy, that merit is warranted. A well placed saxophone, opens the song, which is something of a cliché, but works well in this case. Conceptually, we hear songs like, “Sweetest Of Melody,” all the time, but this one relies more on soul and humanity, than style. Fans of early 90’s, Pop radio, are sure to embrace, “Sweetest Of Melody,” instantly.

It’s interesting to note that Chanel learned how to sing in 5 different languages, during her musical education. We hear of feats like this, from time to time, but rarely acknowledge just how remarkable, it truly is. It sounds as though, Whitney Houston, may have been an early influence on her, but that is solely conjecture. Because of the dulcet tones of “Sweetness Of Melody,” we only hear an aspect of Chanel’s range, but her pitch is impeccable. It’s her personality that really shines through on this track, and immediately casts her in an admirable light.

With an upcoming EP, Rina Chanel has a decidedly positive energy, surrounding her. After hearing, “Sweetest Of Melody,” and learning more about her, you are likely to become intrigued. She’s just one of the artists that seems capable of going in multiple directions. There is a something of a retro feel to “Sweetest Of Melody,” that conjures a time and a sound that often gets overlooked. Thanks to Rina Chanel, we have been reminded of the true joy of a forgotten melody.