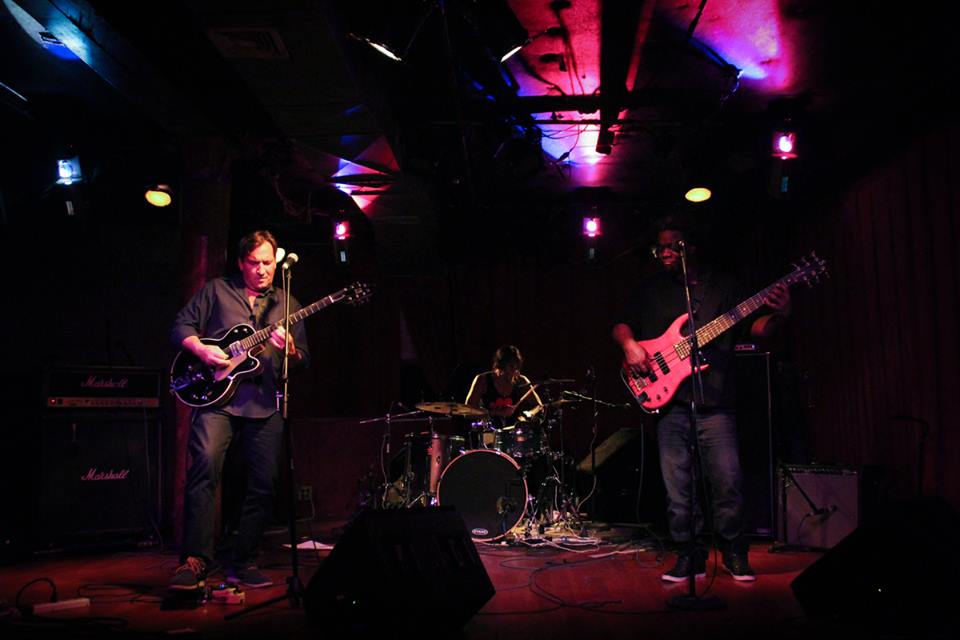 New York City’s fusion jam band trio The Dream Logic has several prior releases under their belt but their latest single “I’ll Be Right Back” may be their finest effort yet. It’s an entertainingly accessible performance despite the clear musical skill on display – Charles Compo, Camille Gainer, and Jerry Brooks are each respective virtuosos on their respective instruments. Gainer’s drumming and Brooks’ bass playing, especially, are the musical equivalent of a rubber band. Their performance pops with authority and possesses an impressive elasticity that allows the band to stretch in improbable directions.

They pace the shifting tempos with an ear for never overwhelming listeners. There’s a definite structure during this song and the feeling of anticipation engendered throughout the piece has predictable and unpredictable effects alike. The former aren’t wearisome, however, as many listeners will revel in hearing how well they make particular musical turns. The latter succeeds because those unusual moments never fall too far outside the band’s wheelhouse.

Compo’s vocals strike the right balance between absurdist indignation and genuine pathos. He doesn’t have a traditionally appealing voice but, nevertheless, open-minded listeners will find him getting under their skin in short order. This is especially true during passages where the words veer into biting territory; Compo smooths out the song’s occasionally rough texture and provides the phrasing with an understated jolt.

There are no instrumental surprises, per se. The band brings “I’ll Be Right Back” alive with minimal tools and it never sounds like it; you can’t help but be impressed by the wall of sound three musicians conjure. Raw and warm production frames the track in the best possible way. They do, however, manage to upend listener’s expectations at key points, particularly in the second half. Some of the tempo shifts they execute are pulled off without a hiccup.

There’s a lot of verve driving this musical train. The Dream Logic do not play with abandon, per se, but rather an uncompromising nerviness that keeps listeners on their toes from beginning to end. The aforementioned lyrics are well-written, each line fitting like a puzzle piece into the track, and the production imbues the song with urgency.

It communicates joy as well. The Dream Logic are clearly enjoying themselves as they wind their way and maneuver their way through the arrangement. It’s easy to imagine that the song would go over even better in a live setting and, fortunately, requires little revision to work onstage. “I’ll Be Right Back” isn’t a song meant to be heard on studio recordings alone. It’s a vibrant and lively track that tests its musicians every bit as much as it does its audience.

It’s The Dream Logic’s latest achievement, but far from their last. There’s every indication here that they haven’t even scratched, this far into the game, the surface of their considerable gifts. You never hear or feel them trying to hard; “I’ll Be Right Back” comes bursting from these three musicians and doesn’t exhaust you after an initial listen. It’s one of the year’s best single releases.

The music of Dream Logic has been heard all over the world in partnership with the radio plugging services offered by Musik and Film Radio Promotions Division.  Learn more https://musikandfilm.com