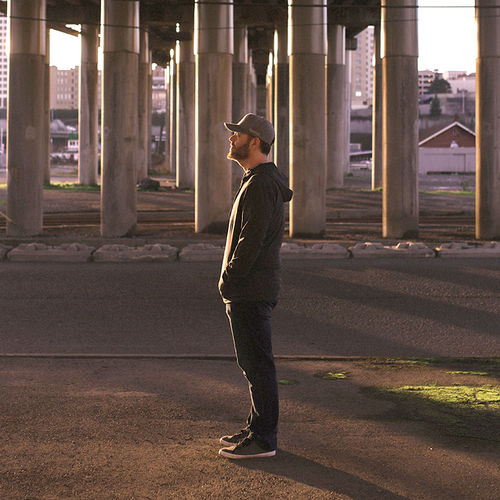 Eric Scott Stevens’ “Burnt Umber” is an early contender for single of the year. The imaginative crackle sparking off the composition never hits me as flashy but, instead, as an authentic expression of the songwriter’s point of view. It doesn’t really matter if the material is what we might call autobiographical. Stevens so thoroughly inhabits the material that he claims the song’s perspective and experiences as his own. The classic blend of reverb-laced electric guitar mixing with steady acoustic chugging underneath provides listeners a telling glimpse of the song’s likely origins.

It isn’t difficult to imagine this young songwriter hammering together an embryonic version of this on an acoustic guitar. It has a deceptively shambolic and loose-limbed gait that’s reflective of the confidence he comes with during this performance. It’s far from arrogance. The certainty of his musical ideas never wavers from the song’s opening notes through its inevitable conclusion.

It might come across as affected in lesser hands. He achieves an on-target retro sounds that manages to keep more than a toehold n the contemporary, however, by build and articulating his song in such a distinctive fashion. Notice how it takes twists at specific spots in the composition and how the musicians execute its various transitions. These subtle touches are the songwriting equivalent of pouring old wine into new bottles, but it’s an important part of what makes this single notable.

The mix helps the song achieve lasting effects. Stevens blends the song’s instruments into a cohesive whole that reflects some of the painterly inclinations in the title. “Burnt Umber” doesn’t revel in variation but achieves its greatest final effects cumulatively rather than in one fell swoop. It’s difficult to ignore the deliberate but vital artistry shaping each second of this song. It seems offhand, easy, and that gives it even greater charm.

First class production like this can make even the simplest song come across as something far grander. It’s had such an effect here. Each component in Stevens’ presentation comes blasting out at listeners without sacrificing any sensitive. “Burnt Umber” is a likely representative track for his new release the indelible afterimage and should do a lot to hook listeners into hearing more.

It never echoes other performers. You’ll never listen to this song and peg Stevens as an imitator of another artist past or present and that signature style extends to both the lyrical and musical content. There’s sure to be more first rate singles coming from this new release, it’s a sophomore effort and he’s done more than reaffirm the promise of his debut. “Burnt Umber” has bearing, passion, and attitude you can hear from beginning to end.

It’s a fantastic way to introduce listeners to the singer/songwriter’s talents. It doesn’t compromise who he is for even a second and has the sort of accessibility that even casual music listeners will embrace. This is the sort of single few performers can manage in the modern music world; it doesn’t pretend to be anything it isn’t.

The music of Eric Scott Stevens has been heard all over the world in partnership with the radio plugging services offered by Musik and Film Radio Promotions Division.  Learn more https://musikandfilm.com