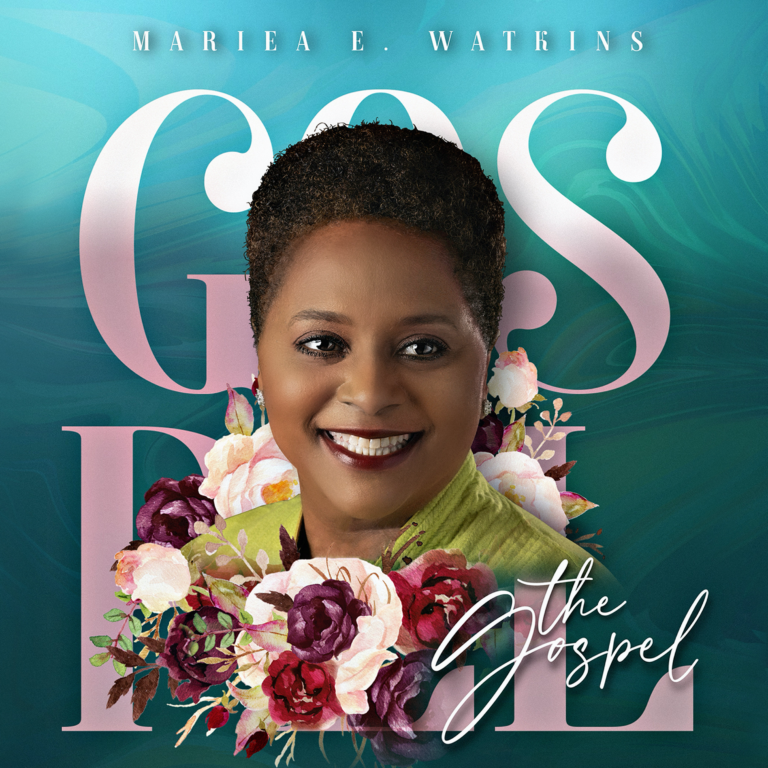 Although it’s guarded by some of the more intriguing instrumental attributes I’ve heard in a gospel record lately, Mariea E. Watkins’ vocal in songs like “Clap Your Hands,” “Fly,” and “Pray” is undeniably one of the main reasons to check out her new album The Gospel. While it’s true that there are a lot of players delivering a soulful experience in this genre at the moment, what Watkins breaks off in this LP is on another level, and I think those who are serious about the style are going to be particularly impressed with what they hear in this release.

The faith element in The Gospel isn’t limited to the expressiveness of the verses in songs like “Blessed Be the Name of the Lord” or “The Great I Am,” but instead starts with much of the backdrop as well. Inspiration can be found just about everywhere we look and listen in this album, which is not something I have been able to say about the vast majority of mainstream pop content I’ve been reviewing in 2022. Between the optimism and the self-awareness, Watkins has something very special in this record that a lot of her contemporaries only wish they possessed.

To me, the rhythm of the title track, “Make Me Holy,” and “Redeemed” is as important to our understanding of the complete narrative of The Gospel as any select verses are, which is no small statement to make when breaking down the weight of the words in this album. Watkins wants to use every element at her disposal to do something incredible with her platform in this record, and yet she’s never coming across as being over the top with her direction, nor the aesthetics that are influencing a lot of her creative process in the grander scheme of things.

This master mix emphasizes harmonies more than it does anything else, but this is why “Fly” and “Clap Your Hands” have as much resonance as they do. We’re left to wander through a cloud of melodic wit right off the bat in The Gospel, and I think it was deliberately developed to put as much stock in the cosmetic glow of the material as it would the substance of Watkins’ songwriting, which is really quite impressive no matter what angle you’re breaking it down from. All in all, this isn’t a puritan gospel release, but something anyone who loves good music can get behind.

The Gospel is by far one of the most engaging and intriguing records of its kind to come my way in a while, and judging from the way that Mariea E. Watkins can own the studio from beginning to end here, I really doubt this is going to be her last powerful show of strength. Even with all of the featured players in this tracklist, she’s definitely the brightest star you’re going to encounter in this LP, and I’ve got a strong feeling that this is just a small sample of what she can accomplish when the mood is right.