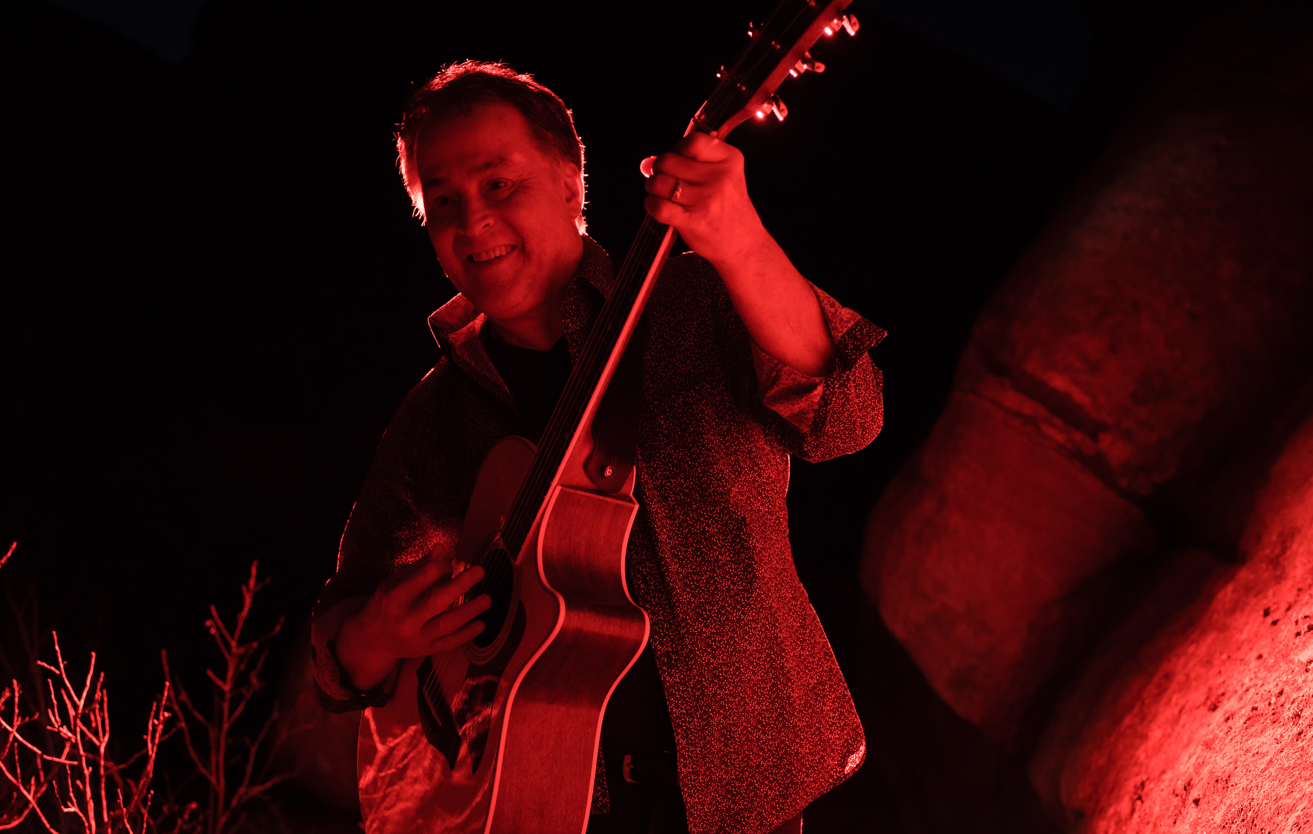 Mark Henry Ham’s new album Casper effortlessly captures the quintessential sound of Americana. From start to finish, Casper takes you on an emotional journey that stirs dormant nostalgia in the blood and lifts the spirit. Ham’s soulful vocals are at the center of each track leading you through his feelings and reflections. Casper is steeped in Americana but isn’t locked into it, often exploring other genres like Country and Blues. This variety makes Casper a well-rounded album that celebrates the classics with comfort and zest. Ham seems to have mastered the fine line of familiarity and nostalgia. He maintains his original sound while creating songs that feels like instant classics. Casper is the perfect album to kick off your summer with!

Ham covers an array of topics on Casper, from relationships to memoirs and back again it feels like Ham takes you somewhere with every track. Whether he’s singing a heavy rock anthem or a heartfelt ballad Ham remains on the pulse of what he’s learned from his experiences. The narrative nature of Ham’s songwriting makes it feel like Ham’s telling you a story about his life. This structure allows Ham to explore a myriad of topics and sounds. “Casper” is a wistful country tale about Ham returning to Casper, Wyoming. Its directly followed by “Life Is Like A Movie” an upbeat track about how life is so often stranger than fiction. Both songs are different in feelings and tone but complement each other beautifully. With hints of blues coming through the keys in “Life Is Like A Movie” and the lonesome country feeling of “Casper,” Ham showcases his ability to make any genre feel like his own.

One of my favorite tracks is the powerful and haunting rock anthem “Green Light.” It hooks you with Ham’s isolated echoing vocals as the songs begins and keeps you hooked with its guitar riff. Most of the songs on Casper have a personality to them but “Green Light” is the most upfront about it. You can hear the power and irritation in Ham’s performance as he sings, “Let me have my green light/Don’t hold back from me/Yellow ain’t good enough/And red is wearing thin on me.”

The production of “Green Light” is also what sets it apart from the other tracks. While all songs fall under the umbrella of Folk/Americana, “Green Light” feels like the classic rock tendril of Americana. There’s drama to it, more emotions in the vocals, and an attitude that is set from the very beginning of the track. Ham opens the track with gospel like humming before his voice booms the catchy chorus. This opening really lures you into “Green Light” electrifying the air around you before the rock-n-roll melody gives you something to rock out to.

Ham’s artistry is the other trait that stood out to me the most. There’s an undeniable sensation of joy that is woven through every song on Casper. Ham loves to sing and you can feel it in every verse and feel-good melody on this album. Ham’s been working on these songs for years, the time and effort put into them can be heard. He captures the spirit of America in the same rich and warm way that Springsteen does. Even though he explores other genre’s, every song is rooted in Americana. This allows Ham to paint a picture for listeners by using whatever melodies suit each track the best. Ham treats every song like an experience making him a master of range and variety.

Casper will inspire you to embrace whatever life has to offer you. There’s a magic to Mark Henry Ham’s lyrics that inspire you to keep going. Casper is an incredibly exciting milestone for Ham as an artist. It has me wondering what he’s going to do next, what stories he’ll tell, and what new genre’s he may explore. Whether Ham is singing about love, going home, or waiting for life to align he seems to speak to the core of everyone.