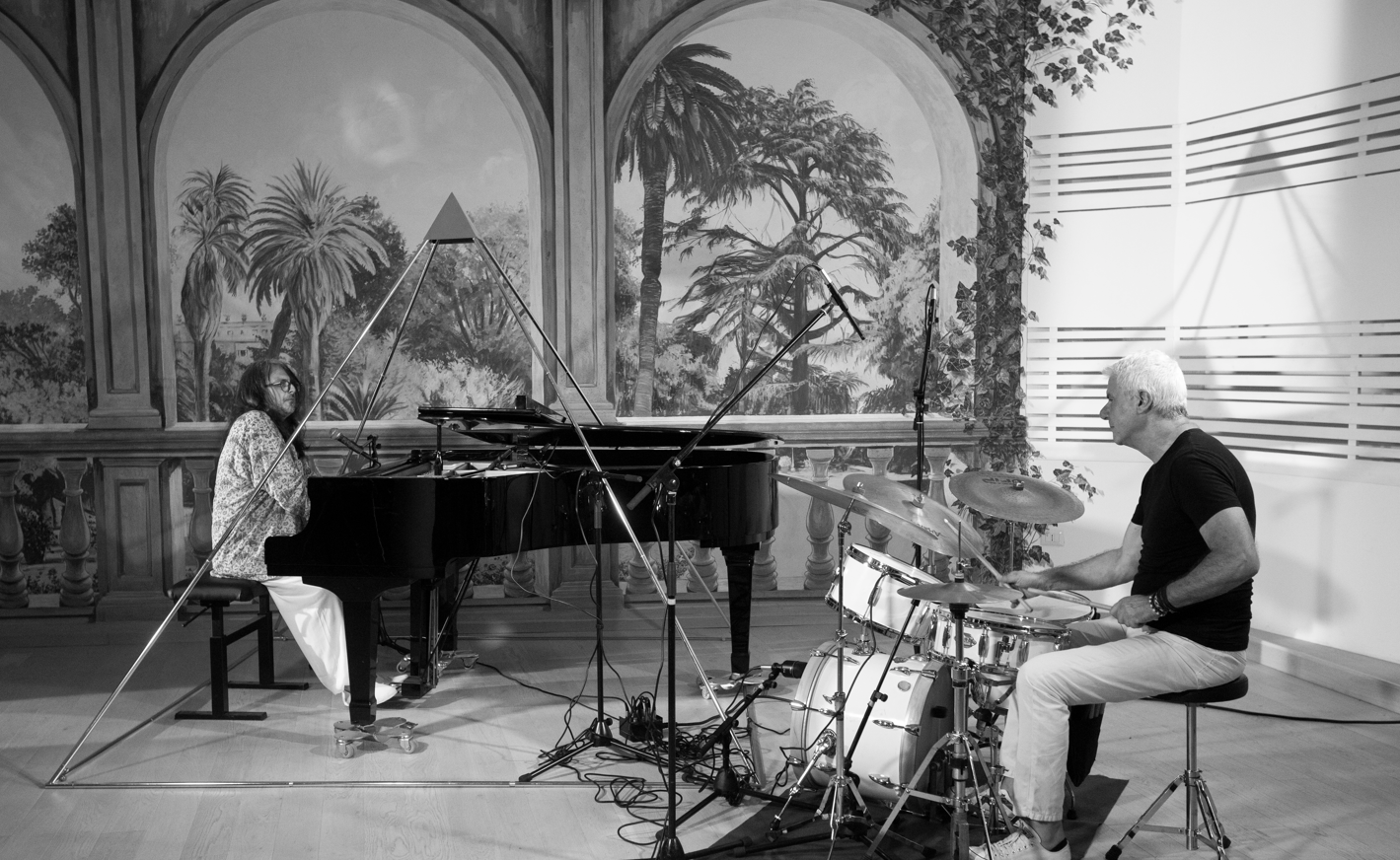 When did you first know you wanted to become a Jazz artist?

(LOUIS SICILIANO) I have always been a rebel but also a researcher. Already when I was a child I remember that I was self-taught on the various encyclopedias we had at home. At 10, I had a background as a big boy in high school. For me, studying meant freedom and going deep into things and research are still the basis of my life today. I always remember when I was 9/10 years old that I asked my father to bring home some Jazz records. The first album he gave me was by the Modern Jazz Quartet. Then the second was a beautiful album by Charlie Parker and the third by Thelonious Monk. How well you can understand that was my baptism. I reached the age of 18 that I possessed without exaggeration a collection of more than 1200 between vinyls, CDs and cassettes. I spent hours listening to Coltrane and all the giants of Jazz: Miles, Mingus, Bill Evans, Eric Dolphy, Jazz Messengers and then Weather Report, Return to Forever, Mahavishnu Orchestra, Sun Ra & His Arkestra, Art Ensemble of Chicago. There was nothing else for me. Even though I was studying music with a lot of commitment, saying at the time that I wanted to be a professional musician was seen as madness, if I had said that I dreamed of becoming a Jazzman they would have immediately sent me to a psychiatric hospital. Joke! Not so much … Since then, since I received that first Jazz album from my father as a gift, in my heart there was this desire to one day be able to enter the world of Jazz.

What was it like working with drummer Mauro Salvatore? Could you tell us about this very particular instrumental duo?

With Mauro we have a duo of percussion instruments: drums and piano. A strange staff. Everyone will think: what happened to the double bass? In reality this type of instrumental ensemble leaves a lot of freedom to the space to take shape. The space, the breath is a very important component in my music. Prana they call it in India. Prana is the life force, the vital principle that permeates the whole Universe. Well, with this duo we feel a strong freedom to be able to express our way of making music. Mauro Salvatore is a drummer who makes his instrument sing. I often get the impression that he paints like a melody painter. I can’t think of music as a constant repetition of loops as it is in fashion nowadays. To me that kind of approach is mortifying. I have always asked Mauro that even if he remains in the cyclical nature of the groove he must always give me continuous variations at all levels: dynamics, figurations, fluctuations of time. Nothing is static. My thinking about composition and performance is always to recreate an organic and biological Sound. A sound-world that breathes!

What’s in your Spotify this week?

I am into music from morning to night. The ideal would always be to be able to listen to live concerts. Because in the live concert there is the Truth of Vibration. A concept that the medical world is also discovering lately. This last week I have been listening to Ligeti’s latest compositions before he passed away. I listen to Shostakovic, Messiaen but also bands like Gentle Giant and King Crimson. Pygmy music often accompanies my afternoons. I often listen to Wayne Shorter’s latest quartet with Brian Blade, Danilo Perez and John Patitucci. Then I have always had a love for Indian classical music, for Armenian traditional music and for Georgian men’s choirs. I have thousands of albums on Spotify that I listen to in rotation. In this time I also listen a lot to Steve Coleman, an artist with whom one day I would like to be able to make music together. Listening to quality music from great artists helps to live.

MUMEx stands for Music Multiverse Exploration. It is a metalanguage that I have been decoding for the past 25 years. I wrote a book that you can find on Amazon and that I update every 5/6 months, because it is a continuous and constant research. I try to be succinct: I repeated many times to myself, “there must be a universal law that regulates the life of musical structures,” like the Einstein theory of relativity. “As above, so below,” the hermetics said. The law that permeates music is the same that moves and regulates the Universes. I began to deepen the immense didactic work of Slominsky, Schillinger, Hindemith and Messiaen, not to mention the music works of J.S. Bach. From all these studies, I have been able to identify a fundamental concept in music: Symmetry. From the symmetry of intervalic structures, I then landed at MUSIC MULTIVERSE EXPLORATION.

Live music is the most powerful therapy in the world. There is nothing more powerful like Music. Doctors who are increasingly treating with ultrasounds are also realizing this, not to mention psychotherapists. A study has been done that using music in operating theaters, patients recover much faster. Live music is the center of my whole life. The social and cultural importance of live music is enormous. I believe governments should encourage live music and we will certainly have less violence and depression around. To say live music is to say joy, openness, resonance. There is much need for it in the world today.

Why did you decide to make a video album?

Some time ago some friends who lived in Japan told me: “what a pity we can’t listen to you live. We live very far away”. Since that time I have tried to find an idea that would bridge this distance. While it will never match live performance, I thought a good way would be to produce a video album. A real live performance, simple and immediate, recorded in high quality audio and video. This is the second video album we have made and I am really happy that many people will get to know us so that we can soon perform live for them.

What is Jazz today?

Jazz is above all freedom and respect for one’s roots. It is a huge tree with many branches that is fueled by passion. Passion for Truth. Jazz will never go out of fashion and will always be renewed because it is a music that tends to go deep to steal the essence of life and the cosmos that surrounds us. The creative process of true Jazz is totally aimed at celebrating the divine vibration that permeates every sentient being. It is an extraordinary spiritual path. Many things that quantum physics is discovering today, Jazz and the cultured African tradition from which it descends has known for millennia. It is a cosmic music that contains the sacred formulas that are the basis of life on our planet and beyond. For me it is also a return to the center of the Mediterranean, to my Vesuvian roots, a return to NAPULE’S POWER Sound from where I started many years ago to become a citizen of the world.

Wayne Shorter is your mentor. What was his most important influence on you?

Wayne taught me “empty infinity”. To make a clean sweep of all thoughts. To become myself pure sound and part of the constant and continuous vibration in which we are all immersed. From Wayne I learned the art of probing the unknowable. Thanks to him I was able to elaborate my approach to composition in real time. Whenever I play, I don’t play written music, I write my composition in real time in that instant. It is like a journey. I know that from point X I have to get to point Y and every time it is an adventure because the route changes, the traveling companions change, everything changes. A continuous discovery. Music of becoming where the only light that illuminates the path is intuition.

What are your goals for the future?

First of all, to do many live concerts in duo with Mauro Salvatore in the coming autumn months and to involve the public in this exciting project. Being able to share this joy of making our Music with people is the most important goal. We look forward to seeing you at our performances. Thank you so much for your attention and a lot’s of beautiful energy and inspiration to all of you.