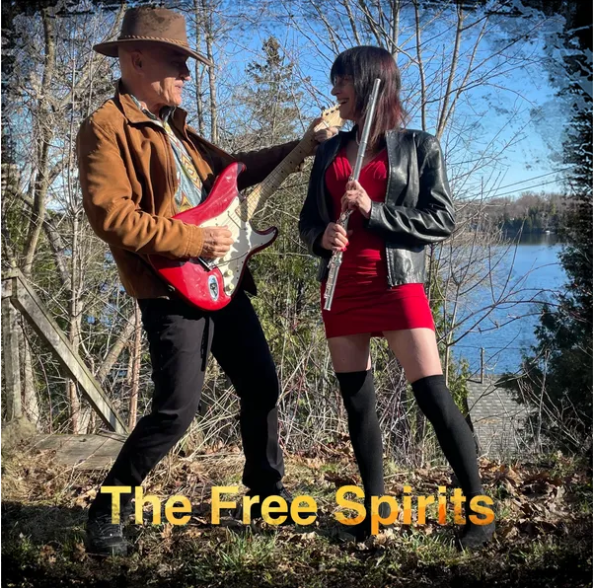 Toronto, Ontario, Canada — September 18th, 2022 – An enchanting act in Progressive Rock, The Free Spirits Reloaded are mesmerizing audiences with the release of their enthralling new single, “The Power of Our Love.”

Set to drop on September 18th, 2022, the new single and music video underscore the artists’ beautiful instrumentation and powerful storytelling. The single and debut album, “11:11,” has been succeeded by tracks such as “Follow Your Dreams Reloaded,” which captures the artists’ enriching flow.

“The Power of Our Love” and “11:11” follow the duo’s thematic roots, which traverse themes of environment, climate change, world peace, love, and romance. Taking inspiration from their personal experiences, The Free Spirits Reloaded aims to heal and motivate audiences that there is always hope.

The artist’s collaborations with icons such as Sinead O’Connor, Buffy Sainte-Marie, Quincy Jones, Steve Earle, and the Pogues have garnered numerous accomplishments. His extraordinary artistic trajectory has seen him jam alongside Led Zeppelin and become the first person to send music files through the Internet.

Visit The Free Spirits’ official website to check out/download/buy their stirring new single! Follow the artists on social media for updates on new music, and reach out through email for interviews, reviews, concert bookings, and/or collaborations.

Chris Birkett is an award-winning record producer, instrumentalist, composer, and sound engineer. His career began as a guitarist in the 1970s, playing in London clubs before touring with Memphis artists Rufus Thomas, Ann Peebles, and King Floyd. At 23, Chris performed with the Pop group Love Affair, whose song “Everlasting Love” ruled the UK charts. He later joined the band Omaha Sheriff who had just signed a major recording deal with Tony Visconti, manager of Good Earth Records and producer for David Bowie and the Moody Blues. With Tony as a mentor, Chris expanded his career to include producing, engineering, and mixing the many UK and international hits, including Sinead O’Connor’s #1 song “Nothing Compares 2 U”. His single “Where Do We Go From Here?” was picked by Ed Bicknell (Dire Straits’ manager) to play alongside U2, Peter Gabriel, Bob Marley, Tears for Fears, and other icons. His name is on over 100 million records sold and has earned innumerable awards and accolades.

Shari Tallon is a flutist, pianist, composer, singer/songwriter, recording artist, performer, and music educator. She has been composing and performing on an online Sunday Serenade with thousands of views each week as she performs original classical/blues fusion piano pieces,  rock ‘n blues flute, and sultry vocals.  She has released 12 albums for educational markets, receiving rave reviews from the School Library Journal in New York City and selling her music worldwide, touring and creating music programs for children, schools, and ECE college students. She began playing and collaborating with Chris in 2015, writing songs, and performing, and released their debut album ‘11:11’ in 2019.